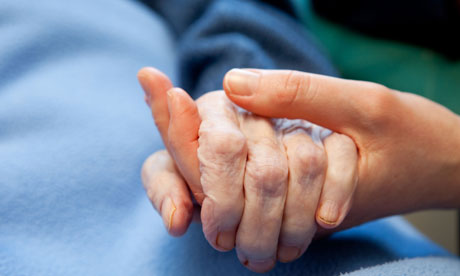 No pattern to this excess mortality was evident to researchers, but deaths were unrelated to the peginterferon treatment. Full findings are published in the April issue of Hepatology, a peer-reviewed journal of the American Association for the Study of Liver Diseases (AASLD).

Infection with hepatitis C virus (HCV) is the primary cause of chronic hepatitis in the U.S., and is a major cause of morbidity and mortality resulting from cirrhosis and hepatocellular carcinoma (HCC). According to the Centers for Disease Control and Prevention (CDC), 3.2 million American are infected with chronic HCV which accounts for up to 10,000 deaths annually in the U.S.

The standard treatment for chronic HCV is a combination of pegylated interferon and ribavirin—a combination therapy which achieves sustained virological response rates of 40%-80% as reported by the CDC. Though antiviral therapy may decrease the rate of progression and death from chronic HCV, there is currently no beneficial therapy available for patients who fail to respond to standard treatment.

The initial HALT-C Trial—a randomized, controlled study of 1,050 chronic HCV patients with advanced fibrosis (n=622) or cirrhosis (n=428) who failed to achieve a sustained response from prior antiviral therapy—evaluated the effects of low-dose maintenance therapy with peginterferon, compared to no therapy, in slowing disease progression and preventing end-stage liver disease, HCC, and death.

The results from the randomized phase showed that long-term peginterferon treatment failed to produce a positive effect on clinical outcomes or death. Furthermore, the authors noted that excess mortality occurred in the treatment group among patients with advanced fibrosis without cirrhosis.

“We followed the trial participants for an additional three years to investigate whether the increased mortality persisted and to explore causes of death,” said lead study author Adrian Di Bisceglie, MD, FACP, Chairman of the Department of Internal Medicine at Saint Louis University School of Medicine in Missouri. For the current analysis, a committee of investigators reviewed deaths occurring during and after the HALT-C Trial to determine the cause of death. The committee categorized each death as liver- or non-liver related, and whether or not the death was associated with complications of peginterferon.

Analysis showed that 18% of the trial participants died (122) or underwent liver transplantation (74) over a median of 5.7 years. Two thirds of the deaths (62%) were attributed to end-stage liver disease or HCC and the remaining deaths (38%) were attributed to non-liver-related causes. The cumulative seven-year mortality rate was 20% for patients in the treatment group compared to 15% in the non-treatment control.

Researchers observed differences in mortality rates (by seven years) between the treatment and non-treatment groups which were statistically significant for patients with fibrosis (14% and 7%, respectively) compared to those with cirrhosis (28% and 26%, respectively).

Researchers noted that the increase in mortality for patients treated with peginterferon did not emerge until three years into treatment and continued for several years after treatment ceased. The excess mortality in the treatment group was mainly linked to non-liver-related causes. “No specific cause of death accounted for the excess mortality, but deaths were unrelated to direct effects of peginterferon treatment,” concluded Dr. Di Bisceglie.

Researchers could not identify an excess frequency of any single condition or disease category for cause of non-liver related deaths. Only one death was determined to be a probable result of complications from peginterferon therapy. “Our findings suggest that the long-term use of peginterferon should be evaluated cautiously and that attention to unrelated complications is warranted.”