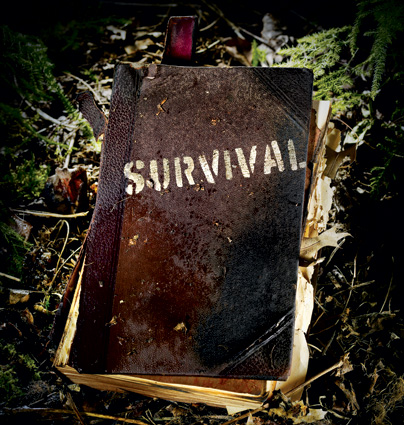 We usually think of Hepatitis C as a virus that is passed from person to person. However, most infections occur via an intermediary, inanimate object. Thus, determining the length of time Hepatitis C can survive outside the body is crucial to prevent transmission of this virus.

As an increasing number of people are being diagnosed with Hepatitis C, the demand to understand how this virus can be transmitted grows accordingly. Scientists know that the Hepatitis C virus (HCV) is primarily transmitted via blood to blood contact; however, there is usually an intermediary between infected blood and not-yet-infected blood. Depending on several different variables, the inanimate intermediary can keep HCV viable for a surprisingly long time.

Every virus has a different capability for surviving outside the body. According to Mayo Clinic internist James M. Steckelberg, MD, the length of time a virus survives depends partly on where the germ-laden droplets fall. Experiments with specific cold and flu germs have found the following:

• Potential survival times for a virus outside the body range from a few minutes to 48 hours or more.

• Cold and flu germs generally remain active longer on stainless steel, plastic and similar hard surfaces than on fabric and other soft surfaces.

• Demonstrating that all viruses are different, flu viruses seem to live longer than cold viruses do – regardless of the surface.

• Other factors affecting how long germs can survive outside of the body are the temperature of the environment, its humidity and the amount of virus deposited on the surface.

Several of these variables have a direct impact on how long HCV can survive outside the body. Testing blood on exposed surfaces while considering the surface’s texture, room temperature, amount of blood exposed, viral load (low/high) and various contaminants in the environment makes the determination of how long Hepatitis C survives outside the body very complex.

Compared to other viruses, HCV is a relatively hardy pathogen. Known to survive outside the body for days in dried blood on surfaces, Hepatitis C can persist for months in a liquid medium under favorable conditions. According to the U.S. Centers for Disease Control and Prevention, HCV can survive on environmental surfaces at room temperature for at least 16 hours but no longer than four days. In contrast, the HIV virus can only live on surfaces for several hours.

• As reported in the June 15, 2010 edition of The Journal of Infectious Diseases, researchers from Germany confirmed that HCV survives longer in liquids than it does when dried on surfaces. They found that in a liquid environment, HCV was detectable for up to five months at lower temperatures.

• As published in a February 2010 edition of Virology Journal, Chinese researchers determined that HCV could survive in a liquid medium for two days at 98ºF (body temperature),16 days at 77 ºF and at least six weeks at 40ºF (average refrigerator temperature).

• Presented in February 2010 at the 17th Conference on Retroviruses & Opportunistic Infections, American researchers found that under the right circumstances, HCV remained viable in a syringe for up to 63 days. Circumstances that increased HCV infectivity include syringes with detachable needles, lower temperature and larger volume syringes.

HCV’s ability to live for a prolonged period of time outside the body under the right conditions has extraordinary implications for its transmission. Some of the carriers known to transmit the virus include straws used for nasal drug use, needles used for administering drugs, tattooing, sharing personal care equipment like razors or toothbrushes, certain sexual devices and reuse of medical equipment in healthcare settings.

Although we know that it is spread between blood sources, inanimate objects often act as the intermediary to transmit infection. Thus, understanding how long the Hepatitis C virus can survive outside the body – in all situations – can help guide us toward failsafe practices for reducing the risk of HCV transmission.