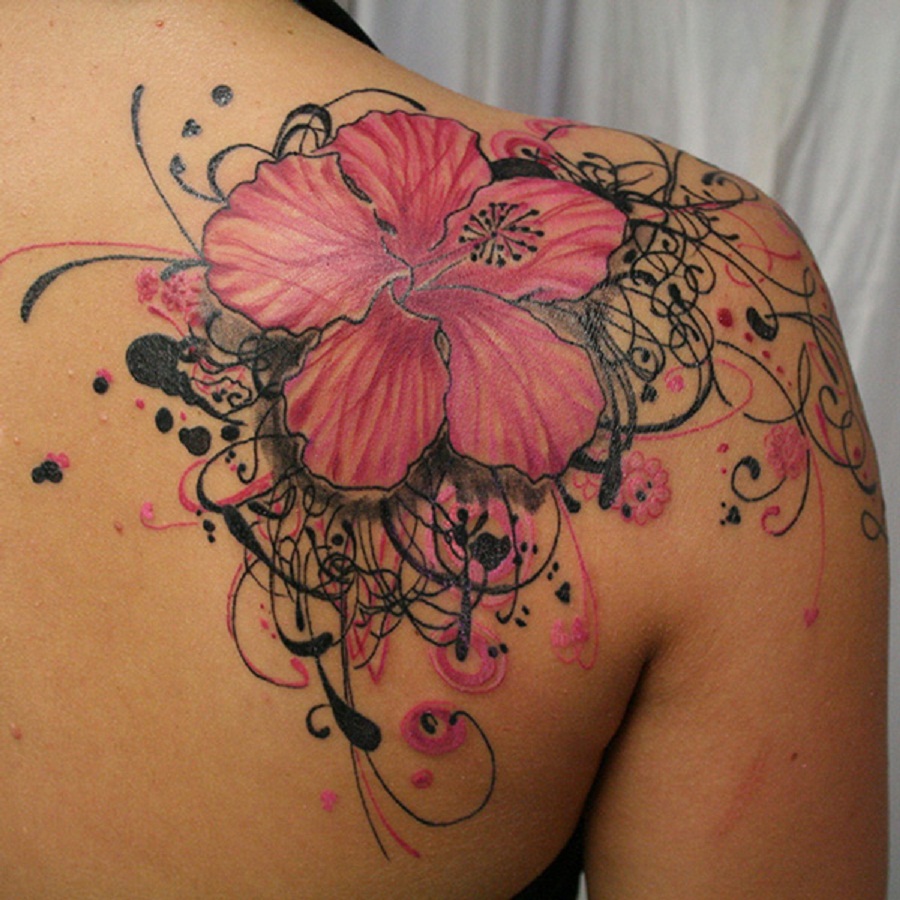 Hepatitis C epidemic among youth from tattoos and piercings

Did you ever notice how widespread tattoos are on youth? Why do so many people want to get tattooed and pierced? It may look one way at 18, but at 50 or 70, the sagging skin with the tattoo or piercing is not going to look attractive as the art work droops. And getting rid of tattoos with laser surgery is expensive.

Stretched-out piercings also require plastic surgery to repair after middle age. According to the current summer 2010 issue of UC Davis Cancer Center’s publication, check out the article about spreading the word concerning the risks of hepatitis C. See, Outreach: Be smart with body art. For example, a local teenager described in the article received a tattoo for the sake of fashion and art.

The young female at 17 interviewed in the UC Davis article had been a high school senior who received her tattoo from an artist who didn’t check her ID, according to the article. The price was right. She had a tattoo made on her back. What did it get her? Five minutes of fame on a high-school campus. That happened a dozen years ago.

She was lucky that time, no blood-borne virus. But now, approaching 30, she wants other teens to take precautions before making a similar leap. As part of an educational campaign jointly sponsored by the UC Davis Cancer Center and Sacramento State University, she is warning college students about the risks of contracting hepatitis C virus (HCV) and other dangerous viruses from tattoos and body-piercing. According to the UC Davis article, “a startling 40 percent of students believed tattooing and body piercing were unlikely to pose health risks.”

The multimedia campaign, dubbed “Be Smart with Body Art,” got off the ground late last year with the launch of a Web site and production of a video available on YouTube. Educators on the two campuses initiated the project after a survey found that a startling 40 percent of students believed tattooing and body piercing were unlikely to pose health risks.

The survey also revealed that students knew little about hepatitis C – a chronic disease with no cure that is a leading cause of liver cancer – or how it is spread, according to Marlene M. von Friederichs-Fitzwater, a faculty member with the cancer center and UC Davis School of Medicine, and director of the UC Davis Cancer Center Outreach Research and Education Program.

Too many young people in Sacramento have misconceptions about it tattooing or even piercing their nose. The students confuse hepatitis C that could be acquired from tattoos or piercings if the virus is present on any equipment, with hepatitis B, for which there is a preventive vaccine. In fact, there is no cure for hepatitis C, and treatments are only about 40 percent effective in controlling it.

Many victims of hepatitis C contracted the disease from working with medical patients, during biology research, from medical treatments for other conditions, and from transfusions. Check out all the names on that list of artists, writers, musicians, sports figures, scientists, health care professionals, and celebrities, with references to resources of the information.

In Sacramento at CSUS, Sacramento State University health sciences professor Heather Diaz, says their aim is not to ban, or even discourage tattooing and piercing. Body art has been around for thousands of years, they note, and young people today are embracing it in unprecedented numbers, according to the UC Davis article. Also see the Wikipedia website, List of people with hepatitis C – Wikipedia, the free encyclopedia. Some of the people on that list contracted hepatitis C from blood transfusions, or by working with blood, for example, as a midwife, or by getting treatments for other ailments.

The effort at CSUS, for example is to ensure that those seeking tattoos or piercings simply ask some important questions about sterilization and other practices before going under the needle. Many customers may believe body art parlors are required to observe minimum safety standards, but they are in fact largely unregulated businesses in California and many other states.

College students getting tattoos or piercings need to make sound decisions and think twice before acting on the spur of the moment. Don’t got to a party and get tattooed on impulse. It’s not worth a tiny tattoo to find out years later that you have hepatitis C. If you’re talking about healthy trends, getting tattooed or pierced on impulse is not a trend you want to see growing in Sacramento. It’s a personal choice. Hepatitis C could lead to liver cirrhosis.

For von Friederichs-Fitzwater, the issue is as personal as it is professional, because one of her grown sons is battling chronic HCV and resulting liver cirrhosis. Just because a tattoo parlor uses alcohol, looks clean, and uses needles from a new package doesn’t mean that the virus isn’t there and going to find its way into your tattoo. There are enough cases to show that doesn’t matter. What if your tattoo area is shaved with a razor full of the virus, and that gets into your open pores or wounds?

Some people aren’t diagnosed until middle age. Others are given six months to live. You could be 50 now and have picked up the virus in the 1970s or later. You could have hepatitis C for many years without knowing it. Hepatitis C has no symptoms. It’s a silent epidemic that could come from any type of tattoo or piercing if somehow the virus enters a pore or slight wound.

A rising epidemic of hepatitis C is happening right here in Sacramento among the young looking for tattoos and piercings instead of temporary paint-on body art. You could even get hepatitis C from piercing your ears, if the virus gets into the new wound somehow.

Despite its severity, hepatitis C is not well-understood by the public – students included. Many believe it is a disease that affects only prisoners and intravenous drug users, but that perception is outdated, according to the UC Davis article.

Don’t confuse hepatitis C from hepatitis B or even hepatitis A. with hepatitis A, you catch that from food such as open salad bars, from food handled by people who don’t wash their hands often enough, or unwashed dishes and utensils. Hepatitis A is spread differently.

It can make you sick and hit you in the liver, but it’s not as deadly as hepatitis C. Do you realize how easy you can get hepatitis C, for example, by sharing a tattoo needle or a body piercing needle, even by piercing your ears or nose?

If the tattoo artist is using equipment to sterilize the needles and all the other equipment that looks similar to what is used in a dental office, that’s one sign to watch for. Ask how high the heat is? You can ask your dentist what is required to sterilize instruments before you get a tattoo or piercing.

UC Davis currently is having its Be Smart with Body Art campaign to reach students. Organizers are working on multiple fronts, and have enlisted support from leaders of the professional tattooists and body piercers associations as well as representatives from the piercing and tattooing industries.

They have aired radio ads; run TV spots in English, Cantonese and Vietnamese; distributed materials to student health centers at colleges and universities in California; and planned campus events to highlight the hazards and provide students with five simple safety questions to ask before obtaining body art
Working also with the student public health club at Sacramento State University, leaders of the effort also plan to hold workshops for incoming residents of campus dormitories. This message has to reach the typical college freshman. If you’re a student, you can join the public health club.

The Hepatitis C Epidemic from Tattoos in Canada

Youth, prison inmates and individuals with multiple tattoos that cover large parts of their bodies are at higher risk of contracting hepatitis C and other blood-borne diseases, according to a University of British Columbia study, according to the August 6, 2010 EurekAlert! news release, “Tattooing linked to higher risk of hepatitis C: UBC study.”

The researchers reviewed and analysed 124 studies from 30 countries, including Canada, Iran, Italy, Brazil and the United States, and found the incidence of hepatitis C after tattooing is directly linked with the number of tattoos an individual receives. The findings are published in the current issue of the International Journal of Infectious Diseases. See the article, Multiple tattoos increase risk of contracting hepatitis C: Study. Also see, Multiple tattoos increases risk of contracting hepatitis C, blood-borne diseases – research.

Tattoos have become increasingly popular in recent years. In the U.S., an estimated 36 per cent of people under 30 have tattoos. In Canada, approximately eight per cent of high school students have at least one tattoo and 21 per cent of those who don’t have one want one. During tattooing, the skin is punctured 80 to 150 times a second in order to inject color pigments.

“Since tattoo instruments come in contact with blood and bodily fluids, infections may be transmitted if instruments are used on more than one person without being sterilized or without proper hygiene techniques,” says lead author Dr. Siavash Jafari, a Community Medicine Resident in the UBC School of Population and Public Health (SPPH).

“Furthermore, tattoo dyes are not kept in sterile containers and may play a carrier role in transmitting infections,” says Jafari. “Clients and the general public need to be educated on the risks associated with tattooing, and tattoo artists need to discuss harms with clients.”

Other risks of tattooing identified by the study include allergic reactions, HIV, hepatitis B, bacterial or fungal infections, and other risks associated with tattoo removal, according to the article, “Tattooing linked to higher risk of hepatitis C: UBC study.” The researchers are calling for infection-control guidelines for tattoo artists and clients, and enforcement of these guidelines through inspections, reporting of adverse events and record-keeping.

They also recommend prevention programs that focus on youth – the population who are most likely to get tattoos – and prisoners – who face a higher prevalence of hepatitis C – to lower the spread of hepatitis infection. In Canada, 12 to 25 per cent of hepatitis C infections among prisoners are associated with tattooed individuals, compared to six per cent of the general population.

The chemical ingredients in tattoo dyes can include house paint, ink from computer printers, or industrial carbon. Toxic contents of some tattoo inks may be entering the kidney, lungs and lympth nodes through the circulatory system. The study also revealed a new trend among youth to get tattooed with glow-in-the-dark ink, the risks of which are not yet known.

If you’re 18, it’s easier to paint on a tattoo, such as henna, so that by the time you’re 50 or 70, you have had the chance to change the look of the art or wash it off when your skin tone changes. Otherwise that 1/2 inch rose on your skin will soon droop, or that piercing in your nose or ears will stretch out with time and gravity. When it comes to tattoos, what looks good at 17 won’t just when you want to look good at 50 and better.