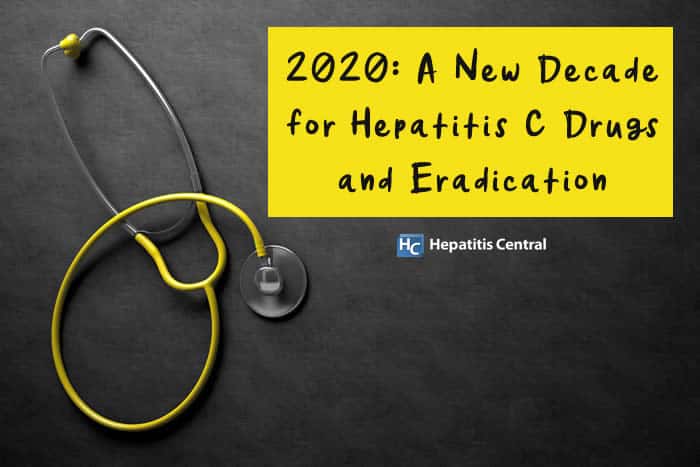 2019 was a big year in the fight against the hepatitis C virus (HCV). It introduced several new therapies as well as discontinued a handful of others. There was also no shortage of research and review pouring into the HCV space with newly improved therapies and practices being constantly explored. Out with the old and in with the new – most notably:

One of the largest political changes in the HCV fight has become the overwhelming unity of local state bodies and their willingness to set agendas that address HCV and take actionable steps towards eradication. Louisiana set a 2024 date on the eradication of hepatitis C recognizing it as a public health concern (1). Their plan of attack is comprised of “seven strategies leveraging mutually reinforcing efforts across public health, health care, industry and community partners throughout the state working towards the common goal of diagnosing 90% and treating 80% of Louisiana residents living with hepatitis C (1).” You can read the entirety of Louisiana’s plan HERE.

Other states like Georgia have also followed suit creating state-wide guidelines, budgets and timelines largely aimed at spreading hep c awareness that can link to diagnosis to treatment and care (2).

However, looming in the background are The World Health Organization’s 2030 elimination targets (3), and some critics believe we may be off track as screening and prevention lags in the U.S. (4). That’s why it’s possible that amidst all the focus and resources directed at the hepatitis C issue, the national rates of hepatocellular carcinoma and chronic liver diseases are on the rise while national rates of other cancers have been declining and stabilizing for the past 25 years (5).

One key to curbing hepatocellular carcinoma rates will be our ability to identify who HCV patients are, as oftentimes symptoms are hard to identify and can go unnoticed for years. Awareness in 2020 and information about hepatitis C is the only thing that will turn the tide.

Since their FDA approval in 2014, direct-acting antivirals (DAAs) have been regarded as the most effective treatment option for hepatitis C patients with impressive cure rates, and 2020 is looking like no exception (6).

Currently, the most recently approved DAAs are Mavyret and Vosevi, both of which came to market in 2017 (6). Wholesale Mavyret will run you roughly $24,000 while Vosevi can be up to $74,000 for a 12-week treatment period. And, in those numbers, the issues of cost and access begin to reveal themselves.

As DAAs continue to evolve, they’re being designed to have fewer side effects and quicker treatment durations. One such phase 2 clinical trial with published findings in Hepatology, found 6-8 week reduced treatment periods to be highly effective for several FDA approved DAAs including odalasvir and simeprevir (7).

The current duration of most standard DAA treatments sits between 8-12 weeks, which may seem like a short period of time for an adult, but that same timeframe can greatly impact more vulnerable groups of the population, specifically children. That’s why 2019 witnessed big progress for DAAs directed towards children with HCV. 2019 saw the introduction of many highly effective “short-course oral pan-genotypic DAA regimens” specifically for young kids (3). Harvoni is one such DAA that recently proved safe and effective for children in the 3-6 year range in a study published by the American Journal of Clinical Health (8).

But even as wider ranges of the population gain access to highly effective DAAs, it’s important to anticipate and understand some of the most common side effects:

Knowing what to expect as a caregiver or patient heading into DAA treatment is critical. Knowledge is power, and a sense of control surrounding treatment can be extremely helpful for the mindset of anyone going through treatment.

How Much Does Hep C Treatment Cost?

While the cost of DAAs has been declining beginning with the release of Mavyret in 2017 at the low cost of $26,400 per round of treatment, for the average HCV sufferer treatment can represent an extreme burden. As the price wars continued, Gilead authorized a generic version of Harvoni and Epclusa. Generic Harvoni and Epclusa costs approximately $24,000, a significant difference when you consider brand name Harvoni can cost roughly $94,000 and Epclusa can cost about $74,000 for a standard 12-week treatment (10).

While hepatitis C treatment success rates are at an all time high (close to 95% for most cases!), as far as leading researchers and science is concerned in deciding the best treatment for hepatitis C, a combination of primary and secondary care is increasingly becoming the norm due to dramatically increased outcomes (11). This means coordination between primary care physicians and the HCV specialist who can keep patients up-to-date on the leading DAAs and treatment options. While it may seem like common sense, sometimes it’s not an option due to financial limitations, but primary and secondary care combinations lead to more comprehensive and transparent care.

With full awareness that we are in the era of the DAA, most hepatitis C patients, if diagnosed, stand a high chance of being cured. But what does that mean for the majority of the suspected undiagnosed HCV cases worldwide (3)? In a European modeling study published in the BMJ, researchers found “scaling-up screening and treatment capacity, and timely and effective retreatment are needed to avail the full benefits of DAAs and to meet HCV elimination targets set by WHO (12).” So, ultimately, the burden will fall on comprehensive screening programs and prevention.

While the 2010s will be marked as the decade we realized how bad the problem was, hopefully the 2020s will be the decade we get a grip on hepatitis C prevention and awareness. And in doing our small part through spreading awareness and information, hopefully we can all make WHO’s 2030 elimination date a reality.

Posted in Hepatitis, In The News and tagged hepatitis c
← The Problem Isn’t Wheat…Now I need your support page →