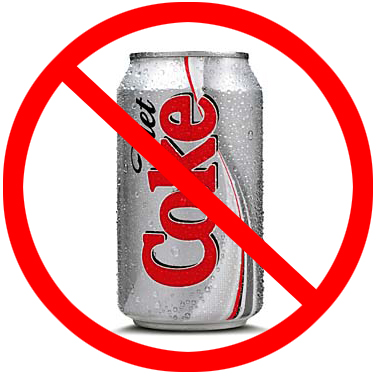 Sunday, February 26, 2012 by: Celeste M. Smucker, MPH, PhDSee all articles by this author

(NaturalNews) Artificially sweetened drinks are often promoted as healthy alternatives for weight loss and diabetes because they are low in calories and don’t contain sugar. However, there is plenty of evidence to suggest that these diet sodas are harmful to human health. According to Sharon Fowler, MPH, an authority on this subject, “Diet soda is not a health food. In fact, it’s not a food at all, it’s simply a slurry of chemicals, a number of which may have deleterious effects on the body.” Most recently diet sodas have been tied to increased risk of stroke and heart attack, and while many people drink them as an aid to weight reduction, research suggests if you drink diet soda, weight gain may be the result instead.

In one study linking diet beverages to weight gain, Hazuda, et. al. at the University of Texas Health Science Center in San Antonio, recorded changes in waist circumferences in 474 elderly participants in a 10-year study. As part of the study they controlled for diabetes, physical activity, neighborhood, age, sex and ethnicity. Findings showed that increases in waist sizes were 70 percent greater among those who drank diet soft drinks compared with those who did not. In addition, waist size increases were as much as 500 percent greater amongst those that drank two or more diet sodas a day.

In other research, Sharon Fowler and colleagues studied eight years of data based on individuals between 25 and 64. Of the study participants who were of normal weight in the beginning, a third were overweight or obese eight years later. In evaluating the correlation between obesity and diet drinks researchers found that every bottle of diet soda participants drank in a day raised their obesity risk by 41 percent.

Aspartame, a common sweetener in diet beverages, has also been linked to diabetes. In an animal study conducted at UT San Antonio, researchers fed corn oil-enriched feed to one group of mice and the same feed plus aspartame to another group. Three months later the aspartame group had elevated glucose levels but insulin levels that were equal to or less than those of the control group, suggesting that aspartame may be part of the connection between diet soda consumption and diabetes.

What is the reason for the diet soda weight gain connection? One theory is that our bodies rely on a signaling system based on the quality of the foods we eat. In the case of diet soda, the body experiences a sweet taste and expects calories; but when they aren’t forthcoming starts to crave food, which leads to overeating. Psychologists at Purdue University tested this idea by comparing two groups of rats, one which was fed yogurt with sugar and one which was fed yogurt with saccharine. The saccharine rats ate significantly more calories, gained more weight and put on more body fat than the control group.

Still another possibility is that eating sweets dulls our taste buds causing us to eat more sugary foods in compensation. Some 2011 research in the UK seems to support this idea. The scientists found that consumption of two cans of soda a day for a month resulted in a noticeable dulling of taste buds and increased cravings for high calorie foods. Since artificial sweeteners (which were not part of this particular study) are 200 to 300 times sweeter than sugar, it is at least possible that they may have a similar impact on our taste buds.