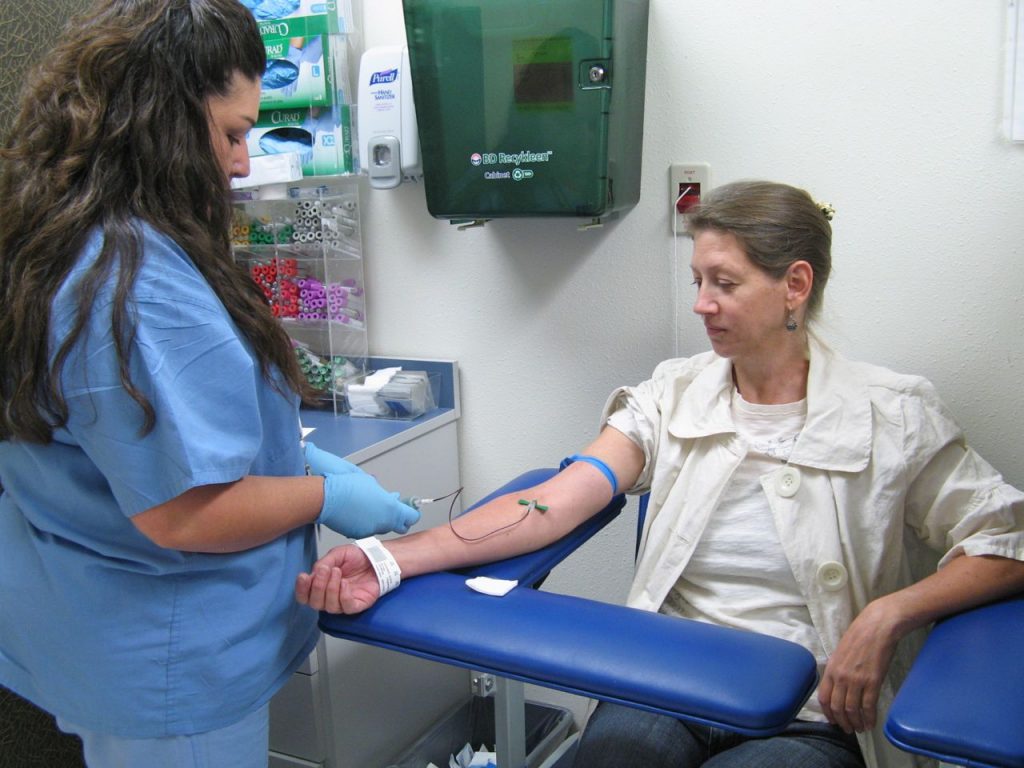 When you go for a physical, your healthcare practitioner frequently orders blood tests. Many folks first find out they have hep C after undergoing a routine blood test and finding that one or more of the tests is abnormal.

There’s no one test that indicates chronic hepatitis C disease. Tests for the effects of hepatitis C on your liver include:

Liver enzyme tests: These tests measure current liver cell injury by the amount of enzymes that are “leaked” out of damaged or dying liver cells.

Liver function tests: These tests look at levels of proteins made by the liver. If your liver damage is such that your liver function is impaired, levels of these proteins will be low. If your bilirubin, clotting factors, or albumin levels are low, you may have cirrhosis or late-stage liver disease.

ALT
Small amounts of ALT (alanine aminotransferase) are normally found in blood. When the liver is damaged, ALT is released into the bloodstream. ALT is found in organs other than the liver (kidneys, heart, muscles, and pancreas), but most increases in ALT are from liver damage.

AST
AST (aspartate aminotransferase) is also called SGOT (serum glutamic-oxaloacetic transaminase). Like ALT, AST is found mainly in the liver but also in other parts of the body. AST and ALT are usually measured together and are good indicators of liver disease or damage. Sometimes, test results give AST/ALT ratios.

ALP
ALP (alkaline phosphatase) is found in all parts of the body, with particularly high concentrations in the liver, bone, and placenta (during pregnancy). Like ALT and AST, ALP might leak into the bloodstream when liver cells are damaged as a result of hepatitis C. Children (who have growing bones), pregnant women (especially in their last trimester), and people with bone disease also have higher levels of ALP.

5’N’Tase
Higher levels of the enzyme 5’N’Tase (5’nucleotidase), also known as 5’NT, in your blood indicate a problem with bile secretion. Hepatitis or cirrhosis can cause a blockage of bile flow.

Albumin
Albumin is the major blood protein made by the liver. One function of albumin is to keep the blood from leaking through the blood vessels, which can cause fluid retention in the ankles (edema), lungs, or abdomen (ascites).Low levels of albumin may be due to liver or kidney disease, malnutrition, or even a low-protein diet.

Bilirubin
This pigmented (yellow) waste chemical comes from the normal process of red blood cells’ dying after 90 to 120 days. A healthy liver converts bilirubin and sends it out of the body with the bile that goes to the intestine. Excreted bilirubin gives feces (stools) their characteristic brownish color.

When the liver is diseased, bilirubin isn’t converted and excreted. Stools might, therefore, be light-colored. The bilirubin that’s not properly excreted builds up in the body and gives a yellowish color to skin and eyes (a condition known as jaundice) and dark brown tea color to urine.

High levels of bilirubin are due to either too much production of bilirubin (from red blood cells dying) or because the liver isn’t processing bilirubin, which happens when the liver is damaged. This is one of three tests used to determine wait time for a liver transplant.

In addition to using a blood test, urine can be tested for bilirubin.

PT test
The PT (prothrombin time) test measures how quickly your blood clots, which is dependent on clotting factors (proteins) that are made by the liver. The PT test is used as a marker of advanced liver disease and can indicate blood-clotting problems where it takes you longer to stop bleeding.

Your laboratory may also give PT results that have been converted to an internationally recognized and easily comparable value that’s called the International Normalized Ratio (INR). The INR is one of the three factors used to determine wait time for a liver transplant.

Other blood tests
Additional tests that measure other markers in your blood give your doctor a clearer picture of any liver disease and also any effects from the combination peginterferon drug treatment.

Reduced white blood cells or platelets: This may indicate portal hypertension, a complication of cirrhosis in which pressures are increased in the portal vein.

Indicators of anemia: This problem is very common during ribivarin treatment.

AFP
Tests for AFP (alpha-fetoprotein) are used to screen for liver cancer in people with cirrhosis. But not everyone with liver cancer has this marker. Pregnant women usually have higher levels of this protein, which is also used to look for problems in pregnancy. You may have slightly high levels of this protein if you have hepatitis or cirrhosis.

Iron
The liver stores iron, and an overabundance of iron (iron overload) can add to the damage caused by hepatitis C. Too much iron can be a problem during interferon treatment. See your physician to determine whether you should avoid supplements that include iron.

Creatinine
Creatinine is actually a breakdown product of creatine, which is made by the liver and transported to your muscles. The kidneys excrete the waste product creatinine, and when your kidneys are damaged, creatinine levels rise. When the liver stops functioning in end-stage liver disease, this can cause serious kidney problems as well. This test is one of the three used to determine your wait time for a liver transplant.