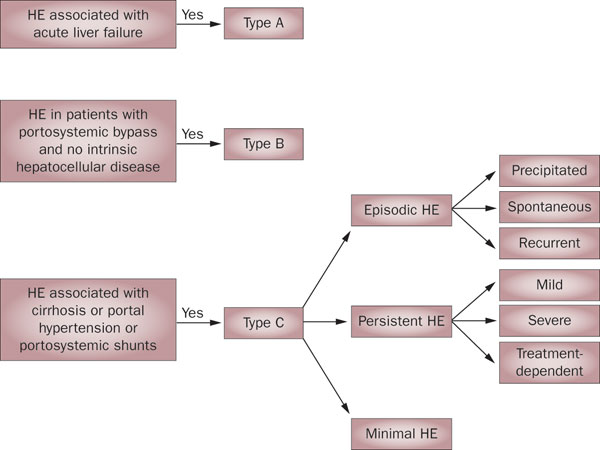 What is Hepatic Encephalopathy?

An important job of the liver is to change toxic substances that are either made by the body or taken into the body (such as medicines) and make them harmless. However, when the liver is damaged, these "poisons" may build up in the bloodstream.

Electrolyte abnormalities (especially a decrease in potassium) from vomiting, or from treatments such as paracentesis or taking diuretics ("water pills")

Subdural hematoma (bleeding under the skull)

Hepatic encephalopathy may occur as an acute, potentially reversible disorder. Or it may occur as a chronic, progressive disorder that is associated with chronic liver disease.

Coarse, "flapping" shaking of the hands when attempting to hold the arms out in front of the body and lift the hands

Signs of liver disease, such as yellow skin and eyes (jaundice) and fluid collection in the abdomen (ascites), and occasionally a musty odor to the breath and urine

Complete blood count or hematocrit to check for anemia

CT scan of the head or MRI

Sodium level in the blood

Potassium level in the blood

BUN and creatinine to see how the kidneys are working

Patients with severe, repeated cases of encephalopathy may be told to reduce protein in the diet to lower ammonia production. However, dietary counseling is important, because too little protein in the diet may cause malnutrition. Critically ill patients may need specially formulated intravenous or tube feedings.

Posted in What Is? and tagged HE, hepatic encephalopathy
← What is Hemochromatosis?What is Hepatitis D Virus? →