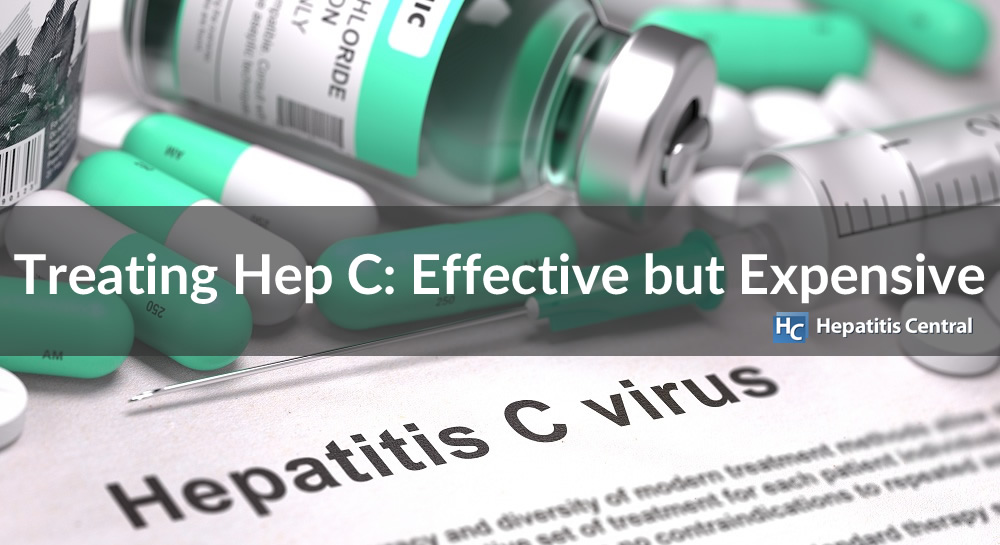 Last month, the Food and Drug Administration (FDA) approved another in a series of medicines that have dramatically changed the outlook for those diagnosed with hepatitis C.

Epclusa is a single pill taken once a day for 12 weeks. It is the first drug to clear all six strains of the virus in up to 99 percent of patients.

It also is the latest direct acting antiviral — a drug that stops the virus from replicating itself. Previous drugs worked by helping the body fight off the infection. Before these antivirals became available in 2013, treatments for hepatitis C were only moderately effective. Their side effects, which included depression, anemia, and flu-like symptoms, were often worse than the early stages of the disease itself.

“I was so ill I just ended up telling myself that I could make it through one hour and then the next,” wrote commenter N. V. on the website Hepatitis Central, describing the side effects of the old medications. “All I know is that I had a better life before the treatment than I have now and I was a lot stronger.”

Faced with such side effects and given the fact that the infection can be asymptomatic for years, many patients chose to just wait until something better came along.

About 3 million Americans live with chronic hepatitis C. About three-quarters of them are baby boomers.

Before the early 1990s, medical procedures using unsterile equipment or donated blood — which was not screened for hepatitis before 1992 — exposed many of this generation to the virus.

The new antivirals are not only more effective than the old drugs, but they are also gentler.

In fact, the most common side effects reported during clinical trials of Epclusa were headache and fatigue, according to the FDA.

Epclusa is expected to be especially useful for those with genotypes 2 and 3. Those strains of the virus are less common in the United States and current treatments don’t work as well for them as they do for some of the more common strains.

There is, however, a catch to all this good news. The drugs are quite expensive.

Gilead, the pharmaceutical company that manufactures Epclusa and several other hepatitis C medications, priced it at $74,760 for the 12-week course. That equates to $890 per pill.

That’s cheap compared to similar drugs. A course of Harvoni, also manufactured by Gilead to treat hepatitis C, is priced at $94,500 — or $1,125 per pill.

The actual amount paid for these medications, however, is often much less than the sticker price because drug companies negotiate with insurance companies for lower rates, and offer discounts to public payers. Gilead also offers financial assistance for individuals through a program called Support Path.

Who should get the drug?

Still, the cost of the drugs has been so high that payers, including Medicaid, have responded by approving the medications for only the most severe cases.

A review of Medicaid practices published last August found that nearly three-quarters of states were denying the drugs to those whose condition had not yet progressed to advanced liver scarring.

Most of these states also considered the patient’s drug and alcohol use when weighing eligibility, with about half requiring applicants to pass urine tests.

Those practices have come under fire for being unfair and scientifically unfounded.

“Apart from potentially being a human rights violation, [the restrictions] do not make (economic) sense in terms of clinical, public, and long-term health,” the review’s authors wrote.

The courts have echoed this opinion. Earlier this year, a federal judge ordered the state of Washington’s Medicaid program to remove these restrictions. Four other states have similarly expanded access, as have private insurers in some states.

How much should it cost?

In the meantime, some patients have sought a more creative solution: getting the drug from India, where patent laws allow a generic version of Harvoni and other hepatitis C drugs to be sold at a fraction of the price.

The high price of these drugs has drawn a lot of media attention and made hepatitis the poster child of skyrocketing pharmaceutical prices.

Gilead pursued a calculated scheme for pricing and marketing its hepatitis C drug based on one primary goal, maximizing revenue.

In a report published last December, Sens. Ron Wyden (D-Oregon) and Charles Grassley (R-Iowa) found that the prices Gilead charged for Harvoni and another hepatitis C drug, Sovaldi, could not be explained by research and development costs.

“Gilead pursued a calculated scheme for pricing and marketing its hepatitis C drug based on one primary goal, maximizing revenue, regardless of the human consequences,” Wyden said in a statement.

In an email to Healthline, Gilead spokesperson Mark Snyder said the company priced the drugs “responsibly and thoughtfully.”

“With the rebates and discounts now in place, the prices today are less than the cost of the prior standard of care regimen,” he said.

Price will continue to be an issue for other miracle drugs on the horizon, said Emalie Huriaux, chair of the steering committee of the National Viral Hepatitis Roundtable.

“Hepatitis C has been the example held up, but what happens when there’s a cure for diabetes or Alzheimer’s or a drug that could really help resolve heart disease?” she told Healthline. “How do you deal with what will likely be high-priced drugs for conditions that affect even more people?”

Posted in Hepatitis and tagged epclusa, harvoni, hep c
← 5 Rules of The Anti-Inflammatory DietResults of Phase 3 POISE Trial of Ocaliva® (Obeticholic Acid) for the Treatment of PBC →