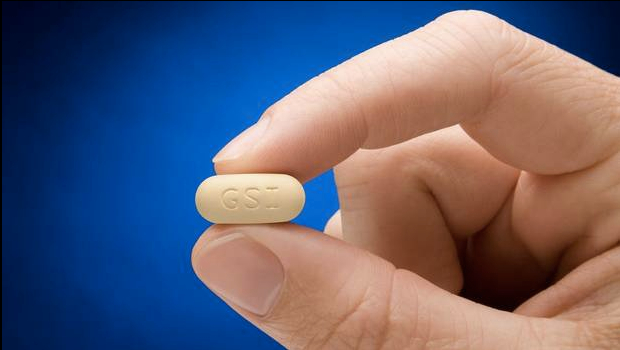 The cure for hepatitis C is upon us, but at a costly penny

The Globe and Mail

There is a revolution coming to the treatment of hepatitis C. But a big fat asterisk is required with that assertion.

In the coming months, a number of drugs are going to be rolled out that can essentially “cure” hepatitis C. (More on the C-word in a moment.) The most talked-about, by far, is Sovaldi (sofosbuvir), a product of Gilead Sciences Inc. It is currently sold as a single pill. In the future, a pill containing sofosbuvir and, a second drug, ledipasvir, will become available.

The clinical trials involving this drug have produced some eye-popping results. They show that treating people infected with HCV, the virus that causes hepatitis C, with a single pill a day for as little as eight weeks can reduce the virus levels in their bodies to undetectable levels. This is referred to as a “functional cure” or remission, because relapse is possible. But the relapse rate is only 5 per cent after eight weeks, and it drops to 2 per cent if the regime is followed for 12 weeks, and to 0.2 per cent after 24 weeks of treatment.

Although other companies have produced similarly effective regimes, they have generated a lot less media attention because they are using cocktails of drugs. For example, AbbVie has produced a three-drug combo – ritonavir, ombitasvir and dasabuvir – that has similar “cure” rates in the 95- to 99-per-cent range.

The reason these new approaches – pill-based treatments – have generated so much buzz is twofold: A lot of people are infected with HCV, and the current treatments are ineffective and horrible.

In Canada, an estimated 250,000 people are living with hepatitis C; in the United States, it’s 3.2 million; worldwide 180 million. In North America, more people die of hepatitis C than of AIDS, about 16,000 a year.

The hardest-hit demographic, by far, is baby boomers, many of whom were exposed to tainted blood or experimented with injection drugs in their libertine youth. The Canadian Liver Foundation urges that everyone born between 1945 and 1975 be tested.

Hepatitis C can be devastating. As many as one in five infected with the virus will develop cirrhosis (scarring of the liver) that can require a transplant, and 1 per cent to 5 per cent will die of liver cancer.

The current treatment for hepatitis C is a combination of interferon and ribavirin, both drugs that have to be dosed precisely and injected. The treatment can last up to 48 weeks and it’s only effective about half the time, and has some nasty side effects.

The idea of replacing that with a single pill with few side effects (at least in clinical trials), that works almost all the time, has patients and scientists giddy. Some are even talking about eradicating the liver-ravaging virus.

But here’s the catch: The new treatment costs a lot of money. Sovaldi sells for $1,000 a pill; that means a 12-week course of treatment costs $84,000. If every person in the U.S. who was eligible were treated, it would cost $227-billion; that is almost equivalent to annual spending of $260-billion on every other prescription drug combined.

Those kinds of numbers have the business world excited. Sovaldi has the potential to become the biggest-selling (read most profitable) drug in history.

But there is push back. What exactly is the justification for charging $1,000 a pill? Some activists have taken to protesting against what they have dubbed “Gilead greed.” To be fair, other regimes are not a lot less costly, about $66,000 for a 12-week treatment.

Some – mainly health economists – point out that most people infected with HCV have no discernible symptoms, so they don’t all need treatment. Still others – consumer groups and physicians among them – argue that the cost is worth it because the new treatment is far superior to the existing approach and because expensive liver transplants and liver-cancer cases can be avoided.

But the California Technology Assessment Forum (CTAF), a research group funded by the U.S. insurance industry, found that it would take more than 20 years to offset the up-front treatment costs. That’s because, in many instances, patients will continue to use the current treatments, which bolster the immune system in addition to killing the virus. (Most of the research was done comparing standard treatment with standard treatment plus Sovaldi; little research shows how well it would work taken alone.) This is rarely mentioned and it weakens the economic argument for universal treatment. In fact, the CTAF argued that the expensive new treatments should only be used in patients with severe complications like cirrhosis.

In Canada, Sovaldi has been approved for sale, but it has not yet been listed on any public formulary, meaning it is not paid for by provincial drug plans.

There is much pressure for governments to bust open the piggybank and pay for this miracle “cure.” But, despite the potential benefits of drugs like Sovaldi, governments would be wise to move ahead cautiously.

The first priority should be to negotiate a better price. The second is to digest the whole of the evidence – not just the headlines – and recognize that these drugs need to be used selectively, starting with patients with advanced fibrosis or cirrhosis of the liver.

Of course, it would be nice to “cure” everyone of hepatitis C, but we can’t afford to do so at the expense of patients with other conditions. Treating everyone who is infected is simply not cost-effective, especially at current prices.

The hepatitis C treatment revolution will come, but it can’t come in the form of a bomb that destroys health-care budgets.

Posted in In The News and tagged hep c, sovaldi, treatment
← A. My StoryScientists Make Critical End-Stage Liver Disease Discovery →