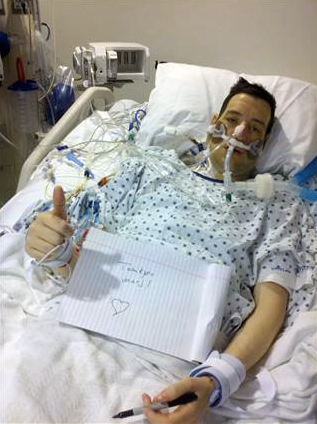 Being cured of Hepatitis C is an exciting and more frequent occurrence thanks to improvements in antiviral therapy; however, caring for your liver afterwards is important for the liver’s longevity.

One of your most precious internal organs, the liver takes a beating from the Hepatitis C virus. Those who are on the path to recovering from Hepatitis C after antiviral therapy can be left with various degrees of liver damage. Several studies indicate that clearing the Hepatitis C virus from the bloodstream bodes well for liver rejuvenation, but many agree that relying on this trend without support is a gamble. Maintaining the liver’s health with a high quality milk thistle supplement has helped thousands of people with chronic Hepatitis C before and during treatment; however, few realize the important role milk thistle plays after successful antiviral treatment.

Hepatitis C is often regarded as the silent killer because this virus can progressively damage the liver for decades before any symptoms are noticed. As such, many are finally tested for and diagnosed with Hepatitis C after years of liver damage have accumulated. In general, liver damage can be reversed if the cause is eliminated prior to the development of cirrhosis – the permanent hardening and scarring of liver tissue.

Thankfully, Hepatitis C antiviral therapy has dramatically improved over the past six months. As long as a person is eligible for the treatment (and can finance it), today’s drug regimens for Hepatitis C have a very high cure rate. Being cured of Hepatitis C is defined as achieving SVR (sustained virologic response). SVR is when there is no detectable Hepatitis C RNA in the person’s bloodstream six months after completing antiviral treatment. By the time a person successfully completes treatment, the amount of scarring in the liver usually has regressed.

Measured in stages, there are four stages between 0 (no scarring) and 4 (cirrhosis/advanced scarring) that are possible. A patient who successfully completes the interferon/ribavirin treatment typically improves by one or two stages during the course of treatment.  Despite cirrhosis typically being regarded as permanent liver injury, liver scarring can improve and liver failure risk is reduced when antiviral therapy is successful. However, people with cirrhosis prior to Hepatitis C treatment remain at an elevated risk for liver cancer even when SVR is achieved.

While effective Hepatitis C treatment appears to cure this infection, treatment given in the latter stages of Hepatitis C disease does not wholly reverse the damage that has occurred to the liver. So although Hepatitis C may be cured, some degree of liver damage and consequent liver disease remains. Specialists in Sweden conducted a study to examine the consequences of liver damage after successful antiviral treatment. They found that while SVR markedly reduced liver-related complications and liver cancer, some long-term risk for liver cancer remained in those who were cured of Hepatitis C.

The chance of developing liver cancer after being cured of Hepatitis C means there is still a liver vulnerability after antiviral treatment. Thus, fully recovering and returning to health is best achieved when making a proactive effort to care for the recovering liver. Besides avoiding alcohol and other known liver toxins, one of the best ways to care for the liver is by supplementing with a high quality milk thistle extract. Believed to be the most biologically active form of milk thistle, silybin phytosome contains the most potent component of the milk thistle plant and delivers it in a form that is up to ten times more absorbable than a standard milk thistle extract. Hundreds of clinical studies have demonstrated milk thistle’s ability to protect liver cells from damage and aid in regeneration of new, healthy liver cells.

Caring for the liver’s well-being should not stop – even after successfully completing Hepatitis C treatment. Even though the liver no longer must battle daily inflammation from Hepatitis C, the damage that has already occurred in the liver must be monitored by a physician and can be mitigated by the patient. Achieving SVR is cause for celebration, but continuing alcohol abstinence and silybin phytosome supplementation will help guarantee a long-term future without liver cancer or other liver-related complications.

Posted in Hepatitis and tagged hep c, hepatitis
← Deaths from liver disease soar 40 per cent in a decadeZ. Who Wrote Alcoholic Cirrhosis as a Syndrome? →