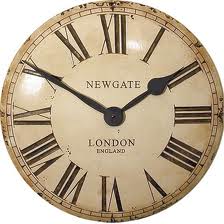 Let us tackle this thorny subject first as it seems to be the one question that many people are asking (and quite rightly!).

Cirrhosis, however it comes about usually takes a long time to develop. I say usually because in the current culture of binge drinking in the UK, death from acute liver failure is unfortunately on the rise. Alcohol can take out a liver in one nights boozing!

Generally though, the disease takes a long time to get to a stage where it can be considered as being life-threatening. When I was initially diagnosed with cirrhosis I was given no firm prognosis and indeed, because of the sheer number of variables associated with the disease and the complexity of it, it would take a brave (or foolish) doctor to put a time-line on the disease. Cirrhosis is not like cancer.

The good news if there is any, is that in the last three years I have only known one person who died from cirrhosis within the first few weeks after diagnosis. The majority of people I have got to know are still alive, some have had a transplant, but most are still living, still managing and still coping with the disease.

Clearly early diagnosis is crucial but even when the disease is advanced stabilization and a degree of recovery is still absolutely possible. Cirrhosis can be managed. Progression of the disease can be halted for many.

Even when the progression of the disease cannot be halted it should not be considered as an automatic, speedy death sentence. There are many things that can come into play and as we progress through this blog, I hope that I can bring hope to the many people who suffer with this.

So, don’t despair!!! This disease can be survived and many of us will never ever have to go anywhere near a transplant table let alone a grave yard for a considerable time!