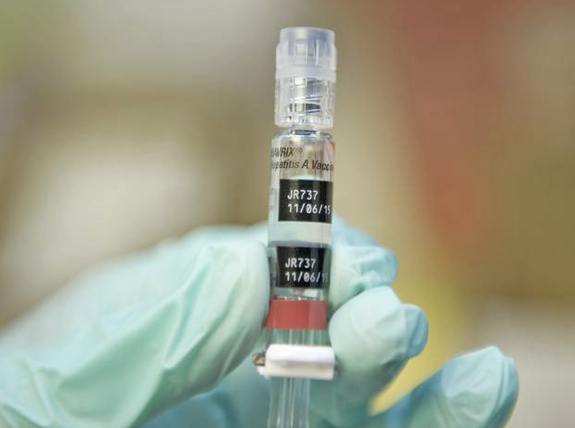 Hepatitis B a growing problem in UK prisons

Hepatitis B, the virus which spreads through the sharing of needles to inject drugs and unprotected sex, is on the rise in England’s jails, official figures have revealed.

In a written answer to a parliamentary question, Health Minister Norman Lamb said the number of prisoners diagnosed with chronic forms of the virus has risen from just 22 in 2010 to 109 in 2013.

The figures, compiled by Public Health England (PHE), also show that over the same period the number of vaccinations against the virus in jails has fallen, despite the prison population increasing to a record 85,000. In 2010/11, 109,827 doses of the vaccine were administered, but this fell to 74,785 in 2012/13.

Hepatitis B is a blood-borne virus which causes inflammation of the liver and can also cause long term liver damage. It is usually spread by humans sharing contaminated equipment while injecting drugs, or sexually.

Labour’s shadow Justice Secretary Sadiq Khan, who asked the parliamentary question, said the data raised “serious public health questions” about what was going on in prisons, which he said “appear to be being made worse as a result of this government’s policies”.

He added: “While prisoners are behind bars, ministers may believe this is a controllable problem but 90 per cent of them will be free and walking the streets in the near future.”

In his answer, Mr Lamb said it was unclear whether the affected prisoners had become infected while they were in jail “or due to risk activity prior to incarceration”.

Dr Marcus Bicknell, chair of the Secure Environments Group at the Royal College of GPs, said the rise may be down to an increase in the number of foreign prisoners.

“At my own clinical practice I see a higher prevalence of HIV and Hepatitis B from foreign nationals… we have tremendous ethnic diversity in our country and also in our prison system, and that means we’re inevitably going to diagnose more cases,” he said.

But Dr Éamonn O’Moore, director of health and justice at PHE, said the rise “most likely represents improved levels of testing among prisoners and improved reporting to PHE, rather than a rise in the true prevalence of infection.”

A Department of Health spokesperson added: “Making sure prisoners get a prompt diagnosis and the treatment they need benefits everyone, both inside and outside the prison walls. This rise in cases is because we are getting better at testing but we know we can still make further improvements.”

Posted in Hepatitis B and tagged hep b, hepatitis b
← What Berry Is Best for Your Liver?Fatigue in primary biliary cirrhosis →