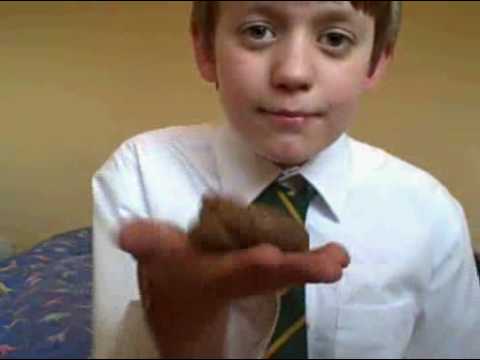 During the study's 6-month course and follow-up, 11 serious adverse events – hospitalization or death – were seen in the 10 patients assigned to placebo compared to one in the 10-patient intervention group (P=0.02), reported Jasmohan Bajaj, MD, MBBS, of Virginia Commonwealth University in Richmond. None of the adverse events were associated with study medications, he said.

"In this phase I, placebo-controlled randomized clinical trial, using oral capsular fecal microbial transplantation from a rationally-derived donor was safe and well-tolerated in patients with cirrhosis and recurrent hepatic encephalopathy," he said at the International Liver Conference, the European Association for the Study of the Liver's annual meeting.

"We did not have any safety issues," Bajaj said. "Remember these are patients who are immune-compromised so the last thing we want to do is to introduce something infectious to their gut that could make them worse."

In addition to a significant reduction in hospitalizations, he said that treatment with the fecal microbial transplant capsules was associated with favorable changes in mucosal and stool microbial composition and enhancement of the small intestinal barrier.

"There is really a need to treat these cirrhotic patients because if they get infections the mortality can be as high as 20% to 30% in one month, so if you can change the microbiota you may really change this outcome," said press conference moderator Markus Cornberg, MD, head of the gastroenterology, hepatology and endocrinology clinic at the Hannover Medical School in Germany.

Cornberg told MedPage Today that he was concerned about reliance on a single donor for the transplant. "I think we have to find out what is in that sample and reproduce it. But I think this may be an opportunity for these patients."

While Bajaj's presentation was replete with humorous innuendo, he emphasized that the disease was deadly serious. "These people suffer recurrent bouts of this disease and every time they have encephalopathy a bit of their brain is lost," he said.

"Fecal microbial transplant has been used often in Clostridium difficile, but that is a very different animal than recurrent hepatic encephalopathy," he said. "C. difficile is an infectious disease that is localized in the gut; whereas cirrhosis is a systemic disease which affects virtually every organ. We wanted to find out whether this system could impact outcomes outside the liver and fix some of the defects."

Previous studies in which fecal transplant had been performed using enema techniques had shown effectiveness in improving cognition, he said, "But, put yourself in the patients' position, would you rather take a capsule than have something shoved up your ... ? Capsules could also affect the small intestine, a place where the enema could not reach," Bajaj said. "This was done under FDA guidance – which made sure that every capsule was 'good you-know-what.'"

The fecal microbial transplant material was obtained from a stool bank that had identified a "super pooper" – donor material enriched in beneficial organisms. The super donor, as Bajaj described the person, had gastrointestinal bacteria in the stool that were considered helpful and were generally missing from the gut biota of the cirrhosis patients.

"The patients were given a test capsule to determine they had no difficulty in swallowing the capsules -- patients with dysphagia were not eligible for the trial -- and then they were given 15 capsules. There was one dosing period," Bajaj said.

After screening patients for eligibility, the patients were treated with either the fecal transplant capsules or placebo; then 1-2 weeks later they underwent blood and stool collection and dietary information was also obtained. The blood and stool collection and diet recall were repeated after another 1-2 week period; and further collection was obtained 2 weeks later – or one month after receiving the donor material. The patients were further assessed 5 months later.

Consenting patients for the study "was a steep hill to climb," Bajaj told MedPage Today. He said it was a bit difficult to get people to understand that their brain disease might be related to cirrhosis and that by changing the gut biota there could be an improvement in the brain. "But," he admitted, "we did have a fair number of people who told us, 'Hell, no.'"

About 10%-20% of people with cirrhosis experience recurrent hepatic encephalopathy, but once a person has had one bout of the disease, there is a continuing risk of recurrent episodes, he said. About 15% of these patients have persistent encephalopathy that can result in dementia, he said.