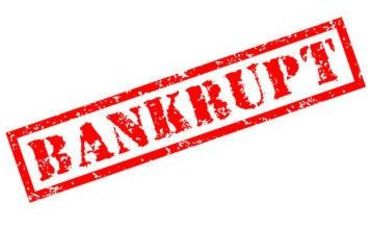 L. Finances – Or the Lack of Them

Financially, my disease was a catastrophe. But we got through it. Prior to me getting ill I had been out of work for some time. The rotting smell of decay had already filtered into the US economy and the downturn that I had noticed for the previous two years was continuing to get worse. Becoming ill just compounded our issues. The worst problem was insurance. I could only survive by making use of the Emergency Room. Doctors visits were running at $75 a go and the testing was hugely expensive. Every stay in hospital was costing around a thousand dollars a day just for being there, let alone any procedures or extra tests.

At least in the US, there is the Emergency Room, but for an on-going, fatal disease like cirrhosis where the only real hope of survival is ultimately transplant, your options are limited. At today’s rates, transplants cost about three hundred thousand dollars, the pre-transplant evaluation about twenty six thousand dollars and the on-going anti-rejection drugs, about three to four thousand dollars per month for ever more! This is massively expensive and the hard and fast of it is if you can’t raise the money you are going to die.

Not working and not having insurance was the first issue for me. The dreaded words ‘pre-existing condition’ came to haunt me. I could not get insurance in any way shape or form that was going to cover me for the expenses of my liver disease. I had researched Medicare and Medicaid but had been told I didn’t qualify. I could also guess from my research that my life expectancy from the onset of the disease may be as little as eighteen months. I also knew that because my payments into US social security were six months short of what was required (nine years six months rather than the necessary ten years).

During one of my stays in hospital recently a female knocked on my door and asked for a few minutes of time. I was feeling somewhat grumpy and gave her the raised eyes, and the ‘Oh I suppose so’ weak response.

She starts to ask about my circumstances and I explained that I had no insurance, no medicare, no medicaid and was about to go bankrupt (in fact our attorney had filed with the court the day before I was admitted).

She reckoned she could get medicaid to help me and having nothing better to do at the time I went through all the paperwork bs with her.

After I was discharged (that word always makes me think of a drain for some reason) Linda and myself met with her to dot Is and cross Ts etc. She then sent the application off to Georgia State. A little while after I was asked to go and see the GA Human Resources Dept. and went through my application with the lady there. She explained that it would have to go before a ‘board’ of medical people to seek approval.

Soon after I got a letter telling me that my application had been successful and from that point on Medicaid paid my medical bills. My only requirement was to pay the first $830 of treatment per month.

Posted in The Beginning
← M. A Letter to the WorldK. Mortality and Life →