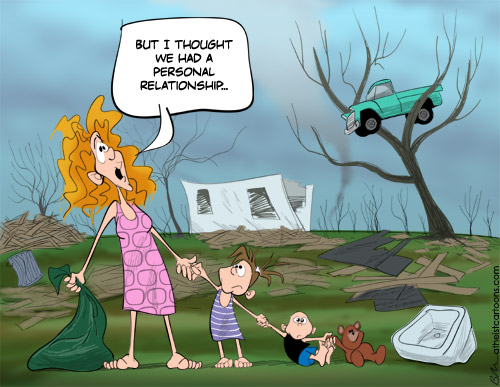 There is nothing like a good crisis to bring out the best and the worst in people. Cirrhosis amounts to a fairly large crisis in anyone’s life and the shocks and aftershocks of the earthquake leave a lasting impression on you. We would always like to think that when things go horribly wrong in our lives that people will flock to our assistance and give us some vestige of support.
Unfortunately the reality of the situation was, in my case anyway, less than ideal. Forgive me while I do my sour grapes bit! I cannot describe the devastating affect being diagnosed with a terminal disease has on you. Your world is literally torn apart and the magnitude of it all leaves you shaking your head in sheer disbelief. The ‘No No, it can’t be happening to me” syndrome kicks in because as we all know, only other people get sick and die.
When I first got diagnosed, I never realized what was going on and what was going to happen and I suspect neither did those who knew me. Initially I suppose I was quite quiet about the whole thing. When asked how you are feeling today, a response of ‘oh, I’ve just been diagnosed with cirrhosis’ tends to be a conversation killer and an embarrassing one at that. The difficulty of discussing or talking about this disease is one of the most difficult aspects that you have to get used to.
For a start, no one understands it. Unless you either have this disease or have lived with someone with the disease it is impossible to discuss with ‘normal’ people. It is beyond description for to do it any justice you would have to impart the depths of the sickness in all its forms, the feelings of anxiety, fright and terror. The deep depression and the feeling of not belonging any more. The difficulty of discussing anything outside the disease that you live with twenty four by seven.
To try and impart some understanding of how I felt at the time I wrote this journal which though not original, says the words that I couldn’t say. These words have been heavily plagiarized from an article on the web, though extensively edited by myself. The words seem to sum up a lot of the thoughts and feelings we go through.
These words could have come from my own mouth and I wish they had.
Mortality and Life
There is no denying the psychological effect on a person when they are diagnosed with a terminal disease such as cirrhosis. But what is it? I don’t know but as one who has been given such a diagnosis and is living through the reality of my situation, I may as well offer a view.

Intellectually we all know that we are mortal. We could be dead at any moment whether by a car accident, heart attack or some act of God. Yet when we are told we have a terminal disease, suddenly we are faced with our mortality. Suddenly we know we will die. What changed? Is it that we never knew we were going to die and now we do? Or is it that we feel our future is taken from us? What brings this realization of our mortality? There are intense spiritual insights that some people with a terminal disease experience. Some even call it a blessing. I understand that.

I’ve felt the same. The intense – and sometimes devastating – realization of our mortality can produce such insights. In my case, probably because I’m so analytical and philosophical, I have to work on them. It is as if I’m forced into the subject. But that is what the disease does.

There are certainly other circumstances where men and women face death and come to grips with their own mortality, such as in war. But with a diseases like cirrhosis, cancer or AIDS, it is quiet. It is silent.The Silent Killer. We don’t get to move physically away from the conflict. There is no escape from our situation. We carry the “battlefield” within our bodies. It goes everywhere we go. Our only hope is a distraction, such as a conversation or a touching moment, but ultimately we return to our reality because it never leaves us, nor can we leave it. But we try. That is how we control it.

Me, I analyze my emotions and reactions. Some might even say I over-analyze. But it is how I keep it away. It is my way of embracing it. By embracing it, we keep it at bay, however that is accomplished. Maybe that is the only way we can know Life, by seeing it from the edge of our awareness of Death. When we stare back from the dark abyss of Death down the path that leads us back to Life, we appreciate Life more. But how is this possible since we don’t know what Death is? And if facing Death helps us to know Life, why can’t we turn it around and know Death from where we are?

It is often said that we only ever have five true friends in life and dealing with cirrhosis certainly lets you know who your friends really are. Most of them melt away as a snowflake in the desert. No phone calls, no emails, often no greetings. Maybe they feel awkward and do not know what to say, maybe they don’t care – who is to say? The second time I was hospitalized and really at the edge of desperation I felt it the most.

Poor Linda had started a new job, she was stressed out with me and it all became too much for her. I was lying in hospital and she was on the edge of a nervous breakdown. In that time, when things were nearly at their worst, other than a handful of true friends, no one came to help. No one offered help. No one cared. I didn’t care about my own feelings about all of this, but I did care so much about Linda being hurt. None of our so-called friends could be bothered to do anything at all to help. Not even a phone call or an email. This is even though they knew what was going on. A year on from all this I have to confess my bitterness towards many people can still rise to the surface with the greatest of ease.

Once I started getting better, we would run into some of these people when out and about. I would be angry and have to walk away such was the hurt I felt.

But I used that anger. I used it in a ‘Fuck You’ sort of way to those people. I used the anger to push myself to get better, I used it in the knowledge that one day I would look them in the eye and hold my head high. I would win. My anger gave me strength.

Posted in The Beginning
← K. Mortality and LifeI. Attitudes →