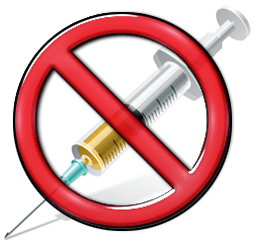 Efforts to cure hepatitis C, the liver-damaging infectious disease that has for years killed more Americans than HIV/AIDS, are about to get simpler and more effective, according to new research at Johns Hopkins and elsewhere.

In a study to be reported in the Jan. 16 issue of the New England Journal of Medicine, researchers say combination treatments involving a pair of experimental, oral antiviral drugs, daclatasvir and sofosbuvir, were safe and highly effective in the treatment of hepatitis C. The combination therapy worked well even in the patients who are hardest to treat, in whom the conventional “triple therapy” with hepatitis C protease inhibitors, telaprevir or boceprevir, plus peginterferon and ribavirin had failed to cure the infection.

“This research paves the way for safe, tolerable and effective treatment options for the vast majority of those infected with hepatitis C,” says study leader Mark Sulkowski, MD, medical director of the Johns Hopkins Center for Viral Hepatitis. “Standard treatments for the disease are going to improve dramatically within the next year, leading to unprecedented advances for the treatment of patients infected with the hepatitis C virus.”

The research was conducted on 211 men and women with any of the three major types of the disease who were treated at 18 medical centers across the United States and Puerto Rico. Among patients with genotype 1 — the most common strain of the infection in the United States — 98 percent of the 126 previously untreated patients and 98 percent of 41 patients whose infections remained even after the triple therapy were considered cured, with no detectable virus in their blood three months after the treatment had stopped. Results were similar in study participants infected with genotypes 2 or 3, strains which are less common in the United States.

Sulkowski says that if declatasavir and other new drugs for hepatitis C win approval from the FDA, the dreaded weekly injections of peginterferon will be a thing of the past.

Sulkowski, a professor at the Johns Hopkins University School of Medicine, also says that the so-called “pill burden” of what had been standard therapy for genotype 1 could go down from some 18 pills per day and one injection per week to as few as one or two pills per day and no injections. Side effects from the new pill combination were generally mild, but included fatigue, headache and nausea, a safety profile that Sulkowski says compares favorably with that of the peginterferon-based therapy, which is tied to severe side effects which may include fatigue and depression.

The new study is one of the first to show that hepatitis C can be cured without the use of ribavirin, which is known to cause anemia.

The advent of simpler pill-only regimens, Sulkowski adds, should make it easier for those infected with hepatitis C to be cured, preventing the development of liver cancer and liver failure and obviating the need for liver transplant. Currently, he says, fewer than 5 percent of the estimated 3.2 million Americans with hepatitis C have been cured, according to the U.S. Centers for Disease Control and Prevention (CDC). Further, the CDC estimates that between 50 and 75 percent of people who live with chronic hepatitis C are unaware that they are infected.

Sulkowski says the arrival of simpler treatment regimens could not come soon enough. Many of the people diagnosed with the infection, mainly those born between 1945 and 1965, were infected during the 1970s and 1980s through injection drug use and tainted blood transfusions and are now suffering from cirrhosis and liver cancer tied to chronic infection. This is why, he says, the CDC recommended hepatitis C screenings in 2012 for all baby boomers.

Sulkowski says that further research is being performed by Gilead Sciences of Foster City, Calif., on a regimen that combines sofosbuvir with another experimental drug it manufactures, called ledipasvir, into a single tablet which can be taken once a day. Ledipasvir is similar to daclatasvir, which is made by Bristol-Myers Squibb of Princeton, N.J., in that it inhibits replication of the hepatitis nonstructural protein NS5A. The combination of sofosbuvir and ledipasvir has not yet been approved by the FDA.

Posted in In The News and tagged drug, hep c, treatment
← Regulation of Vitamins: Politics As UsualLiving With Auto-Immune Heptatitis →