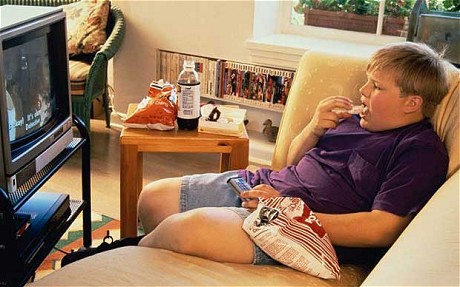 One out of 10 American children have livers like alcoholics

Fatty liver disease is no longer just for heavy drinkers.

The Wall Street Journal reports that about 10 per cent of American children — or more than 7 million of them — have fatty liver disease, a disease that used to be seen mainly among adult alcoholics.

The condition has recently become so common in non-drinkers that it has been dubbed “nonalcoholic fatty liver disease .”

Researchers believe that around 40 per cent of obese children have the disease — and, because the disease has no symptoms, many of them don’t know it.

Obese children aren’t the only ones at risk. The number of normal-weight children with fatty liver disease has also risen significantly in the last two decades.

Because the disease has only recently been discovered in children, researchers aren’t sure how the disease will progress into adulthood.

“This is just really worrisome to have this number of children who have a disease this severe,” Miriam Vos , a pediatrics professor at Emory University School of Medicine who treats children with fatty liver disease, tells The Wall Street Journal.

Vos’s research looks at both genetic and environmental factors that contribute to the disease.

According to her research, a diet with too much fructose, a type of sugar commonly found in fruit juices and corn syrup, might cause the disease.

Children born to obese mothers are also more likely to start life with more fat on their livers.

For now, weight loss through diet and exercise is the best treatment for the fatty liver disease. Vitamin E also helps reduce inflammation in adults and children with NASH (nonalcoholic steatohepatitis) — which develops when the fatty liver becomes inflamed and cellular damage occurs.

“The thing that I find frightening about fatty liver is the unknowns,” says Dr. Dale King, a pediatric gastroenterologist at Children’s Hospital of Pittsburgh. “Because it’s a relatively newly recognized condition, we don’t really know or have good ways to predict which kids will go on to develop major liver problems, and which kids aren’t.”

King adds , “What we are worried about is that with kids showing up with fatty liver at ages 12, 13, 14 are those kids going to need liver transplants when they’re 30 or 40?”