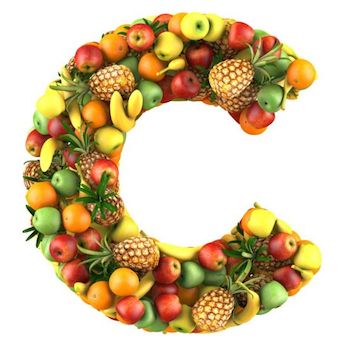 Cutting Through The Vitamin C(onfusion )

Faster than a speeding bullet. More powerful than a locomotive.  Safer than water.   Able to stop a fatal disease in its tracks…It’s Super-C!  So why all the controversy and confusion on how to use this simple tool?

Vitamin C was discovered by Albert Szent -Gyorgyi, heralded by Linus Pauling , denounced by the AMA, branded a dangerous placebo by Dr. Paul Offit and questioned on form by natural health advocates.  Its therapeutic value has been evidenced by dozens of physicians including Drs. Rath, Klenner and Klinghardt and by contemporary researchers Drs. Hickey, Roberts, Saul , Wright and Levy, to name just a few.  Much of the misinformation on Vitamin C comes straight out of supplement marketing.  A quick read of blog articles (like this one) and the public comments that follow will reveal a high level of cluelessness.

Over the years I have read:

Vitamin C is acidic. That is true of the ascorbic acid form which is so sour one would be hard put to take a few hundred milligrams by mouth.

Only complexed Vitamin C should be taken. That is generally true. Fresh whole fruits, berries, herbs and vegetable come packed in an array of phyto-antioxidants as do their derivatives in natural supplements. The exception would be when higher therapeutic doses are desired to halt oxidative stress, infections and to mobilize metals during detoxification.

Vitamin C should not be taken when kidney function is in question.  That is true. Kidney stones however are not a result of Vitamin C use.

Vitamin C will not cure the common cold. That is true just because the common cold is not actually a disease, but a cell cleansing event aided by resident symbiotic virus.  A thorough detoxification of metals will prevent the discomfort of colds when “the system is down for maintenance.”

Lipospheric Vitamin C is the preferred form.  Lipo-C  maintains serum levels longer than water soluble forms and is thought to be well absorbed due to its fat soluble characteristics. However Lipo-C does not seem to deliver a mega ascorbate spike that prompts H2O2 release or an “oxidative burst.”  Lipo-C is the goto source for those with poor bowel tolerance to ascorbate and could be used in conjunction. Lipo-C can be easily made in a blender or ultrasonic device using either ascorbic acid or sodium ascorbate and preferably non-soy lecithin. Recipes are on the internet.

Vitamin C  is the common name for ascorbic acid. Vitamin C/ascorbic acid becomes acid neutralized to yield the non-sour ascorbate form using sodium bicarbonate in water to yield sodium ascorbate and CO2 gas. As it is swallowed, ascorbate rapidly enters the bloodstream and cell membranes aided by transport molecules.  Since glucose and ascorbate are similar molecules they share transport mechanisms and may compete for entry through cell membranes.

Wherever an oxidized molecule is found, ascorbate donates an electron.

Free radicals and acids, constantly being generated via metabolic oxidation, toxins, radiations, emotional stress and inflammatory response, are suppressed by Vitamin C.   Vitamin C is anti-inflammatory, antihistamine and antimetastatic. Many common foods exhibit antioxidant activity and are rated as to strength on the ORAC scale, oxygen radical absorbance capacity.

Vitamin C also resupplies fat and membrane protective Vitamin E with electrons and reduces iron so they can both deliver oxygen more efficiently.

Along with Vitamin E and the amino acids lysine and proline found in collagen-rich bone/cartilage soups, Vitamin C helps construct all connective tissues that make up blood vessel, bone, ligament, cartilage and skin!

Toxic metals are relieved of their positive charge by C’s electron inputs.  Vitamin C neutralizes charge killing metals that are then mobilized to float free in blood and lymph and become chelated in the intestines, passed through the kidneys or eliminated in sweat.

At peak dosage, Vitamin C generates H2O2 in an oxidative burst which helps destroy damaged cells, organic toxins, cancers and pathogenic bacteria.  Purely oxidative therapies accomplish this task and stimulate a rebound in cellular production of glutathione via redox signalling. Oxidative therapies using hydrogen peroxide can be used in rotation for a 1-2 punch. We might have better clinical data were these therapies not officially forbidden.

The best method for oral use is to mix Vitamin C crystals (ascorbic acid) with half as much Arm & Hammer Baking Soda (contains no aluminum) and let fizz in half a glass of water.  A level teaspoon supplies 2.25 grams of Vitamin C  or 2250 milligrams.  A rounded teaspoon is about 5 grams and a heaping teaspoon 7 to 8 grams. Exact measurement is unnecessary since personal doses must be individually titrated and maintained just below bowel tolerance.  Bowel tolerance is the point at which diarrhea ensues, so by eye, use just a little less.  Oral megadosing is best done before meals and at bedtime. Four to five doses a day can total 20, 3O or 40 grams. Vitamin C crystals can be purchased in 3lb jars and larger bulk quantities.

In acute illness, huge doses of 100 grams or more of sodium ascorbate go directly into the blood stream via IV.  Though scores of lives have been saved with IV Vitamin C, hospitals cruelly refuse to administer it. I personally keep the phone numbers of local clinics who can perform this intervention should emergency arise.

Vitamin C,  the “electric vitamin,” can be considered a universal remedy. The concept of electron charge is as “new” to medicine as was a “round Earth” 500 years ago.  Vitamin C works at the molecular level where all biochemical activities including DNA expression are based on charge terrain and oxidation/reduction reactions.  Every ill from depression and gingivitis to heart disease, encephalitis and cancers have been conquered through Vitamin C based protocols.  Failure to understand the fact that electrons are required in quantities sufficient to overwhelm individual levels of oxidative debt and inflammation is a result of the general confusion surrounding ascorbate.

There can be no standard dose when everyone has different needs.  Illness of any type indicates those needs are huge.  Consider the electron debts levied by inappropriate nutrition, metal burdens, lifestyle habits of smoking, exercise and sun exposure or the ravages of emotional fear and stress. Smoking for example, is thought to devour 500mg of Vitamin C per cigarette.  The key to successful application depends on this knowledge to provide overwhelming dosages to reestablish conditions favorable for cellular function.  Obviously, drug-based medicine never addresses the basic needs of living cells in its vain search for a profitable downstream silver-bullet intervention through some discreet mechanism. Absurd.

Though Vitamin C alone performs real-life miracles, it can best rebuild and regenerate tissues when used in the context of a focused protocol.  Correct nutrition by eliminating grains, vegetable oils and sugars. Fresh organic fruits, vegetables, algae, ferments and free range eggs should be gathered and grass fed meats, soup bones (collagen), milks and cheeses hunted down. Detox metals and organics with the addition of NAC, chlorella, clays and supplemental minerals like zinc, selenium, sulfur,  magnesium and potassium. Keep the mind in a happy loving place while resisting the confines of our high stress collective narrative. Feel empowered by taking full responsibility for one’s health and don’t lose sight of the big picture where electrons and oxygen run the show.

Capt. Randall is the author of Forbidden Healing and an independent health researcher. He studied chemistry and biology at the University of Florida. His interests range from marine science to archaeology and ethnobotany.

Posted in Vits, Mins and Supps and tagged supplements, vitamins
← Fast Track Designation for Fatty Liver Disease With Advanced FibrosisAscites – The Fluid in the Abdomen →