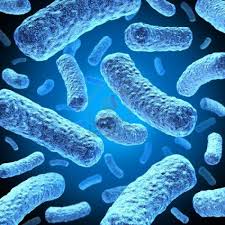 A bacteria commonly found in soil and water triggered autoimmune symptoms in mice similar to those found in an incurable liver disease called Primary Biliary Cirrhosis (PBC). Reporting their findings in the May 15 Cell Host & Microbe, the multi-institutional research team said injecting laboratory mice with the bacterium – Novosphingobium aromaticivorans – prompted activation of Natural Killer T (NKT) cells, which were critical to initiating autoimmune processes that led to liver disease.

Besides pointing to a possible cause for PBC, the study also provides scientists a model that will enhance future research of this and other autoimmune disorders, said Jochen Mattner, M.D., a physician and researcher in the Division of Immunobiology at Cincinnati Children’s Hospital Medical Center and lead author of the study.

Undetected infections are increasingly pointed to in ongoing research as possible triggers of autoimmune disease, in which the immune system – designed to fight infection or disease – instead attacks the body’s own tissues. Precisely how microbes (such as bacteria or viruses) engage cellular and molecular processes to cause autoimmunity remains unknown, as does the cause of PBC. PBC results in inflammatory lesions within the portal fields and subsequent destruction of small bile ducts of the liver.

“Our study of autoimmunity in PBC showed that NKT cells react to glycosphingolipid antigens, which promote cell attraction and immune response and are located in the bacterial cell wall of Novosphingobium aromaticivorans. This microbial activation of NKT cells was as an essential trigger of autoimmune processes that led to disease-like symptoms in mice,” said Dr. Mattner, who started the study at the University of Chicago. “We aren’t suggesting this bacterium is the only possible cause of PBC, but it does present a model having significant implications for understanding immunological tolerance and autoimmunity.”

Previous research has shown that patients with PBC have a buildup of certain autoantibodies that attack an enzyme complex found in mitochondria, which are the energy source of most cells. Those same autoantibodies also cross react with a corresponding enzyme of Novosphingobium aromaticivorans, an alpha-proteobacterium with an evolutionary relationship to mitochondria. This relationship has led researchers in previous studies to suggest that Novosphingobium aromaticivorans may have a role in PBC, and it was a factor in Dr. Mattner’s research team using the bacterium in this study.

When the researchers injected mice with the bacterium, it prompted the production of autoantibodies against the mitochondrial enzyme complex in similar fashion to that observed in patients. This triggered chronic autoimmunity that damaged small bile ducts in the animal’s livers. The autoimmune process was mediated by T cells (a white blood cell important to immune response), but early disease onset required the participation of Natural Killer T cells after they selectively recognized glycosphingolipid antigens on the cell wall surface of Novosphingobium aromaticivorans.

NKT cells are a unique group of T cells that share properties of both T cells and Natural Killer cells, which are naturally toxic to other cells and typically target tumor cells or cells infected with viruses. The natural presence of NKT cells in the liver, combined with an accumulation of Novosphingobium aromaticivorans, likely explains why the liver is damaged during this autoimmune process, Dr. Mattner said.

Dr. Mattner said this result illustrates the importance of early microbial activation of NKT cells in the early stages of autonomous, organ-specific autoimmunity. Although NKT cells were not critical to transferring already established disease, they are extremely important in the early onset stages by helping break down the body’s tolerance for infection, the researchers said.

The researchers were also able to prevent or slow autoimmune liver disease in some mice, either by early intervention with antibiotics, or by deleting the gene that encodes the CD1d glycoprotein and its activation of NKT cell attraction to Novosphingobium aromaticivorans.

PBC is relatively rare, occurring in about five of every 100,000 people. Disease prevalence and rate of occurrence vary in different regions of the world. About 90 percent of patients are women, and the disease is more common in patients between 40 and 60 years old. Patients typically experience itching, jaundice and can have increased blood pressure that leads to fluid retention in the abdomen, as well as other symptoms. Because there is no cure for PBC, treatment focuses mostly on trying to alleviate symptoms with medication, or in some cases liver transplant in the event of organ failure.