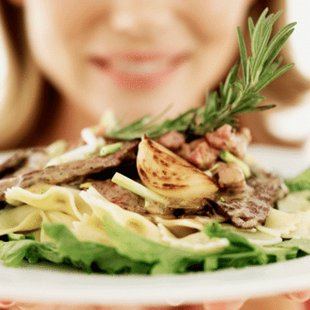 What is NASH and NAFL?

What is fatty liver?

In fatty liver, fat accumulates in the liver cells. Simple fatty liver usually does not damage the liver, but is a condition that can be identified by taking a sample of liver tissue (liver biopsy) and examining it under a microscope.

Fat may accumulate in the liver with extreme weight gain or diabetes mellitus. Fatty liver can also occur with poor diet and certain illnesses, such as tuberculosis, intestinal bypass surgery for obesity, and certain drugs such as corticosteroids, or in the setting of heavy alcohol use. A patient has fatty liver when the fat makes up at least 10% of the liver. Eating fatty food itself does not produce a fatty liver.

Simple fatty liver is not associated with any other liver abnormalities such as scarring or inflammation. It is a common finding in patients who are very overweight or have diabetes mellitus.

Alcoholism could also result in inflammation of the liver (alcoholic hepatitis) and/or scarring (alcoholic cirrhosis) and needs to be differentiated from NASH by patient history.

Possible explanations for fatty liver include the transfer of fat from other parts of the body, or an increase in the extraction of fat presented to the liver from the intestine. Another explanation is that the fat accumulates because the liver is unable to change it into a form that can be eliminated.

How does fatty liver diagnosed?

In diagnosing fatty liver, the physician will first eliminate the other possible causes of chronic liver disease, especially alcohol abuse. Images of the liver obtained by an ultrasound test, a computer tomography (CT) scan, or a magnetic resonance imaging (MRI) scan, can suggest the presence of a fatty liver. In the ultrasound test, a fatty liver will produce a bright image in a ripple pattern. A CT scan will show a liver that is less dense than normal.

The diagnosis must be confirmed by a liver biopsy, a procedure where the physician inserts a needle into the liver and extracts a sample of tissue, which is examined under a microscope.

How is fatty liver treated?

The treatment of fatty liver is related to the cause. It is important to remember that simple fatty liver does not require treatment, since it does not result in damage to liver cells. Obese patients with fatty liver will have reduction or loss of excess fat in liver cells, as well as in other cells in the body, if substantial weight loss can be achieved. Good control of diabetes mellitus with diet, drugs, or insulin also decreases the fat content in the liver.

What is nonalcoholic steatohepatitis?

There is no known specific cause of NASH. In the past, the typical NASH patient was described as a middle-aged, obese woman with excess sugar in the blood, which may have been caused by diabetes mellitus. The patient may have had excess fat in the blood. However, it has recently been reported that patients with NASH do not always fit this description. One study included men, as well as women, who were not overweight, did not suffer from diabetes mellitus, and did not suffer from diabetes mellitus, and did not have excess lipids (fat) in their blood. Another group diagnosed with NASH was composed of children between nine and sixteen years old. Most of the children were overweight, but only a few had diabetes mellitus.

What is the risk of NASH?

In NASH, which resembles alcoholic steatohepatitis, the inflammation of the liver is associated with an increase of fat deposits and typically occurs in middle-aged, overweight, and often diabetic patients who do not drink alcohol. It has also been connected with rapid weight loss, or in women taking hormones (estrogen).

The fatty tissue in the liver may break up liver cells (steatonecrosis) and the patient may develop cirrhosis (scarring of the liver). Recent studies indicate that NASH can result in the development of fibrous tissue in the liver (fibrosis) in up to 40% of patients or cirrhosis in 5-10% of patients. It is not certain why some NASH patients will progress to this serious form of chronic liver disease while others will not. Studies report that the progression is variable but can occasionally occur in less than 20 years.

How is NASH diagnosed?

Many NASH patients are unaware of their conditions because they do not exhibit any symptoms. In most cases, NASH causes a slight increase in liver enzyme tests, as do other forms of liver disease.

As with fatty liver, the physician will first eliminate the other possible causes of chronic liver disease. Images of the liver are obtained by an ultrasound test, a CT scan, or an MRI scan. The diagnosis must be confirmed by liver biopsy.

How is NASH treated?

Presently, there is no specific treatment for NASH that is universally agreed upon. However, patients who are obese, diabetic, and have high lipids (fats) in their blood are advised to lose weight and control their diabetes and elevated lipids. Usually, a low fat, low calories diet is recommended along with insulin or medications to lower blood sugar for diabetes. For patients with NASH who are not overweight and not diabetic, a low fat diet is often recommended.

Patients with NASH should avoid alcohol or other substances, which could be harmful to the liver. More research is needed to understand what causes NASH so that more effective therapies can be developed.

Posted in What Is? and tagged fatty liver, nafld, nash
← What is Liver Dialysis?What is NASH? →