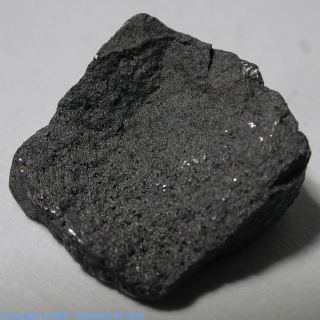 As long as you don’t take too much of this trace element, learn why incorporating selenium-rich foods into your diet could help protect your liver from harm.

Also known as atomic number 34, selenium is a trace element found in the soil. Required in small amounts to maintain good health, selenium is essential for many body processes and is especially abundant in the kidneys, liver, spleen, testes and pancreas. Of particular interest to those with chronic liver disease, selenium boasts several functions that make it a valuable component to any liver wellness program.

Selenium is a liver ally for several reasons:

1.    Antioxidant – Trace amounts of selenium are necessary to form two enzymes – glutathione peroxidase and thioredoxin reductase – both of which indirectly reduce certain oxidized molecules. Since oxidation is a known manner in which liver damage occurs, antioxidants like selenium help preserve liver tissue.

2.    Immune Strength – A variety of sources indicate that selenium and Vitamin E act synergistically to strengthen immunity by aiding in the production of disease-fighting antibodies.

3.    Cancer Prevention – Believed to mobilize cancer-fighting cells, selenium may be helpful in preventing cancer. Since those with advanced liver disease are at risk of developing liver cancer, any efforts that could stop cells from going awry is generally welcomed.

4.    Tissue Elasticity – This trace element is needed for tissue elasticity, an important characteristic for those with chronic liver disease. Because rigidity in liver tissue and local blood vessels are consequences of several types of liver disease, efforts to preserve elasticity also helps support healthful hepatic circulation.

The following studies corroborate the belief that selenium is valuable to liver health:

·    As published in the January 2008 edition of the Journal of Inorganic Biochemistry, Israeli researchers isolated cellular mechanisms that help explain selenium’s anti-inflammatory and liver protective effects.

·    As published in the September 2010 edition of the journal of Experimental and Toxicologic Pathology, Algerian researchers exposed rat livers to a known toxin, arsenic. They found that administering selenium at the same time as administering the arsenic protected the liver from damage.

·    As published in a 2003 edition of the journal Acta Biochimica Polonica, Polish researchers evaluated the level of selenium in the blood of those with chronic liver diseases. Participants with chronic Hepatitis B or C infection or with alcoholic, autoimmune or cryptogenic chronic liver disease had significantly less selenium in their blood than healthy controls – a finding that the investigators believe could translate into their higher rate of oxidative damage to liver cells.

Selenium is a trace element. As such, high dosages of supplemental selenium are generally not advised. Since a wide range of side effects could result from taking too much selenium, most practitioners advise their clients to eat selenium-rich foods instead. The selenium content of any food source is dependent on the selenium content of the soil in which it is grown or the selenium content of whatever is consumed. Some of the more common dietary sources of selenium include Brazil nuts, turkey, crab, fish, beef and wheat.

There are plenty of reasons for those with liver disease to include selenium in their approach to liver health. By investigating the selenium content of your groceries and choosing more selenium-rich foods, you can reap the liver benefits of boosting your dietary selenium intake. If you believe that taking a selenium supplement is in order, discuss it first with your doctor and make sure you don’t exceed the upper tolerable limit.