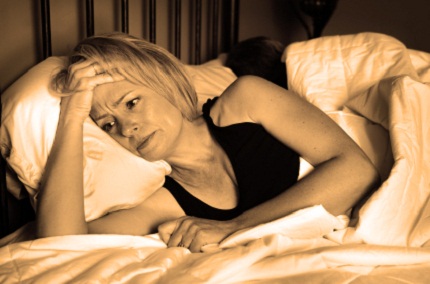 The present study shows that patients with cirrhosis without evidence of hepatic encephalopathy and who were evaluated while performing their daily routines have abnormalities in the quality of sleep. Nearly one half of patients attending a Liver Clinic complained of unsatisfactory sleep, a frequency slightly greater than that previously reported with quality of life questionnaires, 2,3 instruments that are not focused on the assessment of sleep.

These results were corroborated by the objective parameters provided by actigraphy in a different patient sample, indicating that sleep complaints are not because of misperception. The prevalence of sleep complaints was similar to that of patients with chronic renal failure, a chronic disease commonly associated with sleep disturbance.

Analysis of sleep questionnaires in both groups of patients showed a nocturnal sleep characterized by reduced sleeping time, prolonged conciliation time, and frequent awakenings. These results raise the possibility that our findings of disturbed sleep may be nonspecific, reflecting the impact of chronic disease on daily functions. Results from our university-based clinic may also reflect a more severely affected population.

We could not identify clinical characteristics that distinguished cirrhotic patients with unsatisfactory sleep from their satisfactory sleep counterparts. Most of the patients were well-compensated Child-Pugh class A cirrhotic patients that were otherwise asymptomatic and kept their usual occupations. Complications of portal hypertension were equally distributed and did not result in a different pattern of medications, such as propranolol, a drug that has been related to sleep disturbance.

Inclusion in a waiting list for liver transplantation or previous variceal bleeding, factors that may have resulted in a higher level of anxiety, were also similar in both groups. In this group of alcohol-abstinent patients, the etiology of cirrhosis was not a discriminant factor, in accordance with recent observations on noncognitive abnormalities that were seen in all types of cirrhosis.

Encephalopathy is associated with the development of circadian abnormalities. Rats after portacaval anastomosis, which represent a model of subclinical encephalopathy, show disruption of circadian rhythms. Thus, it is plausible to hypothesize that sleep disturbance in cirrhosis may be a manifestation of minor forms of encephalopathy. The prevalence of cognitive impairment detected in our patients with a short neuropsychological battery that detects attention and motor deficits is in accordance with previous reports.

However, there were no differences in the results of neuropsychological tests between individuals with or without sleep complaints, suggesting that the mechanisms that cause sleep disturbance are independent from those responsible for the cognitive abnormalities detected by such tests. We have previously postulated6 that in cirrhosis, alterations of the function of the suprachiasmatic nucleusthe hypothalamic biological clockmay result in an array of circadian abnormalities.

Desynchronization between the social and the internal rhythm mediates the transient insomnia that appears with jet lag or shift work. Likewise, sleep abnormalities may be secondary to malfunctioning circadian timekeeping systems, such as sleep disturbance, that develop with aging.

Analysis of sleep patterns in cirrhotic patients with sleep disturbance indicated that these subjects had a delayed bedtime, delayed wake-up time, and preference for evening activities as compared with those with normal sleep. In contrast, no differences in these parameters were seen in patients with CRF with and without abnormal sleep. Moreover, in cirrhosis with unsatisfactory sleep, actigraphy showed a shift of activity toward later hours. A propensity for evening activity could reflect an alteration of circadian function, in which there is a shift toward later hours as a result of an altered output from the circadian clock or its afferent/efferent connections. In a previous study, we observed in cirrhosis a displacement toward later hours in the 24-hour profile of plasma melatonin, which has levels that reflect the output from the circadian clock.

Accordingly, it can be hypothesized that the sleep disturbance in cirrhosis may be related to desynchronization of the circadian timekeeping system. The inversion of sleep pattern described in patients with overt encephalopathy1 could be an extreme of this displacement. Several mechanisms may be involved in the development of circadian abnormalities in cirrhosis, including the effect of gut-derived toxins on the brain and decreased sensorial inputs that entrain the circadian clock such as insufficient light exposure, social isolation, or low levels of activity and retinohypothalamic and endocrine (e.g., melatonin) abnormalities.

A relationship between sleep abnormalities and affective disorders has been frequently observed. Individuals with primary insomnia (psychophysiological insomnia) are usually characterized as mildly depressed, anxious, and somatically focused. We found significantly higher scores for BDI and STAI in patients with cirrhosis and CRF who complained of unsatisfactory sleep, which could arise as a consequence of insomnia.

Alternatively, some of our patients may have shown an unrecognized affective disorder. Nevertheless, an important observation in our study is the different chronotypology profile between cirrhosis and CRF with sleep abnormalities in spite of similar scores on the BDI and the STAI questionnaires, which points at possible circadian abnormalities as the source for a sleep disturbance.

Furthermore, the chronotypology profile in cirrhotic patients with unsatisfactory sleep differed from the circadian abnormalities that are usually associated with affective disorders, which are characterized by a phase advancement instead of a phase delay. In conclusion, the current study highlights the importance of sleep disturbance in patients with compensated cirrhosis. In addition, our data suggest a possible relationship of sleep complaints and alteration of circadian timekeeping systems.

Recognition of sleep disturbance in cirrhosis and understanding its underlying pathophysiological mechanisms may result in approaches that translate into a better quality of life for such patients. From this perspective, actigraphy may be a useful tool for assessing sleep and monitoring the effect of specific therapies in subjects with cirrhosis.