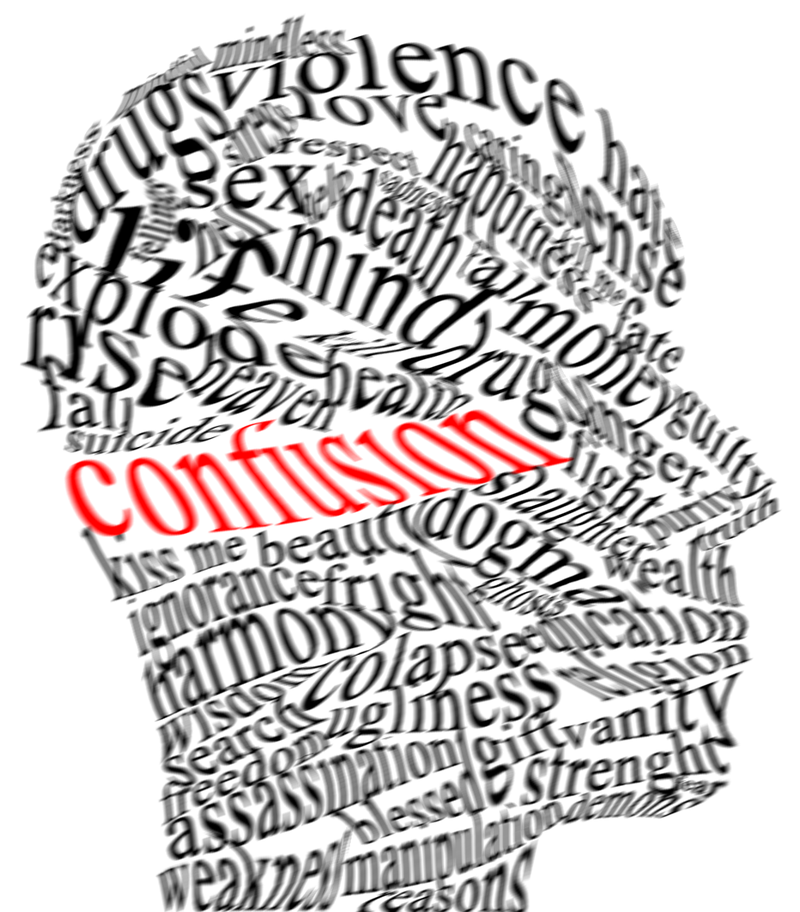 Hepatic encephalopathy (sometimes hepatoencephalopathy or portosystemic encephalopathy) is a potentially-reversible neuropsychiatric abnormality in the setting of liver failure, whether chronic (as in cirrhosis), or acutely. It can be diagnosed only after exclusion of other neurological, psychiatric, infectious, and metabolic etiologies.

With severe liver impairment, toxic substances normally removed by the liver accumulate in the blood and impair the function of brain cells. If there is also portal hypertension, and subsequent bypassing of the liver filtration system of blood flowing in from the intestines, these toxic substances can travel directly to the brain, without being modified or purified. Signs can include impaired cognition, a flapping tremor (asterixis), and a decreased level of consciousness including coma (hepatic coma or coma hepaticum), cerebral edema, and, ultimately, death.

One of the earliest manifestations of hepatic encephalopathy is “day-night reversal.”

In other words, affected individuals tend to sleep during the day and stay awake at night. Another early manifestation is impairment in spatial perception. This can be made apparent by noting the patient’s poor ability to copy or draw various simple images, e.g., cube, star, clock. This deficit can also be demonstrated by administering a test that has the patient connect a number of randomly-placed dots on a sheet of paper (the “trail test” or “numbers connecting test”).

In addition to changed level of consciousness, the hallmark of hepatic encephalopathy on the physical examination is the presence of asterixis. This is detected by having the patient hold out their outstretched arms and hands while cocking their wrists back. In the presence of asterixis, there is a non-synchronized, intermittent flapping motion at the wrists. Asterixis is not specific to hepatic encephalopathy. It may also be seen in states such as renal failure and carbon dioxide retention.

Although the onset of hepatic encephalopathy may simply reflect worsening of underlying liver disease, it may also be due to a number of independent factors, each treatable in its own right. In fact, studies have shown that the majority of cases are due to one (or more) of such precipitating factors. It is critical, then, that a search for possible precipitants be conducted in patients with new-onset hepatic encephalopathy, and specific treatment initiated if such a precipitant is discovered.

Virtually any metabolic disturbance may precipitate hepatic encephalopathy. Common culprits are hyponatremia (often arising as a result of diuretic treatment or simply as a complication of the edema typically found in advanced cirrhosis), hypokalemia (again, often as a result of diuretic use), alkalosis, dehydration, hypoglycemia (a condition to which people with cirrhosis are susceptible), and renal failure of even mild degree.

Infection is an important precipitant of hepatic encephalopathy. In some cases, the only clinical manifestation of the infection is the development of the encephalopathy. In fact, this is a frequent phenomenon in patients whose ascites has become infected (i.e., spontaneous bacterial peritonitis).

Bleeding into the stomach or small intestine (both of which occur with increased frequency in people with liver disease and/or portal hypertension) may also lead to hepatic encephalopathy. Blood contains large quantities of protein in the form of plasma proteins and hemoglobin. Hence, the presence of blood in the stomach or small intestine represents a protein load which, as a result of bacterial metabolism in the lumen of the gut, is converted to potentially toxic products such as ammonia.

Certain surgical procedures employed to treat portal hypertension commonly lead to the development of hepatic encephalopathy. For example, operations to relieve pressure in the portal vein by connecting it to the splenic vein or other systemic venous vessels, have the effect of diverting incoming intestinal venous blood away from the liver. This means that such ammonia-carrying blood will not be able to be “purified” by the liver. Encephalopathy can result. In a similar manner, the more-recently-developed “TIPS” procedure (transjugular intrahepatic portosystemic shunt) often precipitates hepatic encephalopathy (~30 percent of patients undergoing it).

In addition, the duration and characteristics of hepatic encephalopathy were classified into episodic, persistent, and minimal. The term minimal encephalopathy (MHE) is defined by patients with cirrhosis that do not demonstrate clinically-overt cognitive dysfunction, but that show a cognitive impairment on neuropsychological studies.3 This is still an important finding, as minimal encephalopathy has been demonstrated to increase the rate of road traffic accidents and violations.4

The evaluation of severity of persistent hepatic encephalopathy is based on the West Haven Criteria for semi-quantitative grading of mental status, referring to the level of impairment of autonomy, changes in consciousness, intellectual function, behavior, and the dependence on therapy.

Due to the presence of scarring within the liver, cirrhosis leads to obstruction of the passage of blood through the liver, causing portal hypertension. This means it is difficult for blood from the intestines to go through the liver to get back to the heart. Portal-systemic anastamoses (“shunts”) develop, and portal blood (from the intestinal veins) will bypass the liver and return to the heart via another route without undergoing first-pass detoxification by the liver.

Furthermore, in cirrhosis and other forms of liver disease, the damaged liver will not be functioning as well as it should be, so even blood that does travel through the liver may not be as detoxified as it otherwise would be. In fact, if the degree of liver damage and malfunction is severe, then, even in the absence of portal hypertension and the consequent bypassing of the liver by blood coming in from the intestines, hepatic encephalopathy will still occur. Such may well be the case, for example, following severe injury due to acetaminophen poisoning or acute viral infection (e.g., hepatitis A).

The toxic substances that accumulate in the setting of liver failure and affect the brain are still not well understood. They have been thought to include ammonia (NH3) and mercaptans. Ammonia is normally converted to urea by the liver and, as with mercaptans, is produced by the bacterial breakdown of protein in the intestines.

Ammonia can cross the blood-brain barrier, where it causes the support cells of the brain (astrocytes) to swell. The swelling of the brain tissue increases intracranial pressure, and can lead to coma or death via herniation of the brainstem.

Even ‘minimal hepatic encephalopathy’ may benefit from treatment.

It has been presumed that excessive protein intake leads to increased generation of ammonia, which, in the setting of severe liver impairment, will accumulate and worsen the hepatic encephalopathy. While very large protein loads (such as gastrointestinal hemorrhage, because blood is rich in protein) are known to precipitate encephalopathy, the need for patients with chronic liver disease to be protein-restricted has been disproven.7 Indeed, because chronic liver disease is a catabolic state, a protein restricted diet would lead to protein malnutrition and a negative nitrogen balance.

Concomitant hypokalemia should be corrected, as hypokalemia increases renal ammonia production and may promote conversion of ammonium into ammonia, which can cross the blood-brain barrier.

Lactulose is a compound that will cause osmotic diarrhea, thus lessening the time available for intestinal bacteria to metabolize protein into ammonia within the bowel. Further, it acidifies the environment in the lumen of the bowel. This promotes the conversion of lumenal ammonia (NH3) to ammonium (NH4+), which, by which virtue of its net charge, should be less readily absorbed into the bloodstream from the bowel lumen.

Despite this theoretical and appealing mechanism, a meta-analysis of randomized controlled trials by the international Cochrane Collaboration found benefit, but suggests there is little evidence for its preferred use to treat hepatic encephalopathy.

Indeed, any drug (laxative) that speeds up transit through the bowel, thereby lessening the time available for bacteria to metabolize protein into ammonia, works just as well.

Lactulose can be given rectally for patients who cannot take oral medications.101112 One regimen is 300 mL (200 g) of lactulose syrup (10 g/15 ml) in 1 L of water which is retained for 1 hour, with the patient in the Trendelenburg position.

Antibiotics may be given to kill bacteria present in the bowel, thereby decreasing bacterial conversion of protein to ammonia (and other toxic substances) there. Although effective, neomycin, a non-absorbable aminoglycoside antibiotic, is essentially contraindicated; it has been found that a proportion of the ingested dose is indeed absorbed due to increased gut permeability, thus increasing the risk of renal failure and hearing loss (i.e., two of the potential side-effects of neomycin). The former side-effect, in particular, is especially worrisome, given the already-increased likelihood of renal failure in cirrhosis and portal hypertension (i.e., hepatorenal syndrome). Metronidazole has also been studied.

Rifaximin (Xifaxan), received orphan drug status in 2005 for the treatment of hepatic encephalopathy. In contrast to neomycin, its tolerability profile is comparable to that of placebo.

Multiple clinical trials have demonstrated that rifaximin at a dose of 400 mg taken orally 3 times a day was as effective as lactulose or lactilol at improving hepatic encephalopathy symptoms.

Similarly, rifaximin was as effective as neomycin and paromomycin.

Rifaximin was better tolerated than both the cathartics and the other nonabsorbable antibiotics. A number of concerns remain regarding rifaximin’s role in the treatment of hepatic encephalopathy.

It remains to be determined whether rifaximin can improve severe encephalopathy symptoms as rapidly as lactulose. There are also concerns regarding the cost-effectiveness of the medication.

A meta-analysis of randomized controlled trials by the international Cochrane Collaboration found benefit from flumazenil.

The doses of flumazenil varied around a median of 2 milligrams over 10 minutes: ‘Flumazenil was given as a continuous infusion (12 trials), preceded by bolus injections in two trials. One trial used only bolus injections. Patients received flumazenil at a total dose ranging from 0.2 to 19.5 milligram (median 2 milligram). The median duration of treatment was 10 minutes (range one minute to 72 hours)’. However, the benefit was short.