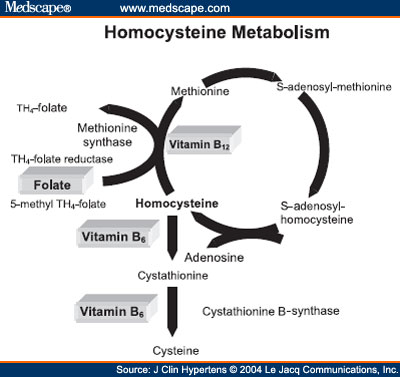 •    usually a byproduct of meat consumption

•    strongly influenced by diet and genetics

A high level of homocysteine in the blood is associated with a higher risk of coronary heart disease, stroke and peripheral vascular disease – and possibly fatty liver disease. Even though the American Heart Association has not yet called hyperhomocysteinemia (high homocysteine levels in the blood) a major risk factor for cardiovascular disease, there is a growing body of evidence suggesting that homocysteine may promote atherosclerosis by damaging the inner lining of arteries and promoting blood clots.

Referring to the infiltration and accumulation of triglycerides and other fats into the liver cells, fatty liver disease causes abnormal liver tests, inflammation and possible permanent liver damage. With many experts insisting that it is the liver part of metabolic syndrome, fatty liver disease affects about 25 percent of American adults. Metabolic syndrome is a combination of obesity, hyperinsulinemia, insulin resistance, diabetes, hypertriglyceridemia and hypertension that is becoming one of the most frequently seen patterns in clinical practice.

When not caused by drinking alcohol, accumulation of fat in the liver is referred to as non-alcoholic fatty liver disease (NAFLD). There are two main types of NAFLD: steatosis and non-alcoholic steatohepatitis (NASH). Steatosis is considered to be a simple fatty liver, where the excess of liver fat does not cause inflammation. NASH is a more advanced condition, where the excess of liver fat has caused inflammation – which can damage liver cells. If NASH progresses to advanced liver disease, it can develop into cirrhosis or liver cancer. The only way to distinguish between these two stages is by looking at a sample of liver tissue under a microscope after a liver biopsy has been performed.

Most physicians do not evaluate homocysteine blood levels when addressing a fatty liver, but there is reason to consider their relationship.

•    As published in a September 2005 edition of the Journal of Gastroenterology and Hepatology, Turkish researchers evaluated the clinical significance of plasma homocysteine concentrations in patients with NAFLD. They found that homocysteine concentrations were significantly higher in patients with NAFLD compared to those without a fatty liver. In addition, they found that homocysteine levels could help discriminate between steatosis and NASH.

•    As published in a May 2011 edition of Endocrine Abstracts, Greek researchers sought to determine if patients with NAFLD had high homocysteine levels. They concluded that measuring homocysteine levels likely represents a non-invasive marker for the assessment of NAFLD.

1.    Liver Assessment Tool – Physicians are currently determining if homocysteine level tracking could help them assess the severity of NAFLD. Since a liver biopsy is the current gold standard for determining the extent of liver disease, a blood test would be a much less invasive diagnostic method.

2.    Liver Protection – High homocysteine levels pose a risk to the liver; thus, lowering homocysteine may offer some degree of protection. Since a specific combination of vitamins helps break down homocysteine, many healthcare practitioners recognize those vitamins as helpful in preventing NAFLD development or progression. For that reason, advising patients with a fatty liver to include B vitamins into their nutritional plan is gaining in popularity. In addition, high levels of homocysteine give those with a fatty liver a greater motivation to scale back on or eliminate meat from their diet.

Having high levels of homocysteine in the blood appears to worsen the course of several health conditions, including fatty liver disease. There is much yet to be learned about homocysteine and its exact relationship with liver health. However, those in the know can capitalize on the information garnered thus far – that eating foods rich in B vitamins, supplementing with B vitamins and reducing meat consumption could tip the odds in your favor of preventing NAFLD from progressing.