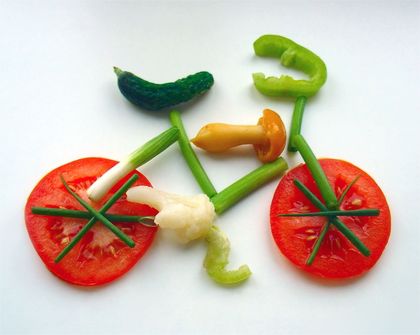 It is vitally important that patients with liver disease maintain a balanced diet, one which ensures adequate calories, carbohydrates, fats and proteins. Such a diet will aid the liver in the regeneration of liver cells. Nutrition that supports this regeneration is a means of treatment of some liver disorders.

Patients with cirrhosis, for example, who are malnourished, require a diet rich in protein and providing 2,000 – 3,000 calories per day to help the liver re-build itself. However, some cirrhotic patients have protein intolerance. Too much protein will result in an increased amount of ammonia in the blood, while too little protein can reduce healing of the liver.

Doctors must carefully prescribe a specific amount of protein that will not elevate the blood ammonia. Lactulose and neomycin are two drugs that help keep the ammonia down.

It is believed that the risk of gallbladder disorders can be reduced by avoiding high fat and cholesterol foods and preventing obesity. The gallbladder is a storage sac for the bile produced by the liver. During digestion, the gallbladder releases bile into the small intestine through the common bile duct.

Most gallbladder problems are caused by gallstones and 80-90% of all gallstones are produced from excessive cholesterol which crystallizes and forms stones. By maintaining a well-balanced diet and avoiding high cholesterol intake, the incidence of gallstone formation may be lowered.

When are specific diet restrictions required?

Beyond the maintenance of a good, well-balanced diet, several conditions that develop in the later stages of cirrhosis require specific dietary management.

Hepatic encephalopathy is a condition of impaired mental function due to altered liver function. It is often seen when scar tissue formation (cirrhosis) in the liver prevents the normal flow of blood through the liver. The blood which contains toxins is “shunted” or redirected, back to the central circulation and into the brain without first going through the liver for detoxification.

Cirrhosis with portal hypertension (an elevation of the portal pressure due to the obstruction of blood flow through the liver) may be treated surgically by shunting some of the blood around the liver, connecting the portal system with the systematic circulation.

This “shunted” blood contains high concentrations of amino acids and ammonia and probably other, as yet unidentified, toxic substances that may cause altered mental function in some patients.

Severe protein restriction (to 20 grams a day or less) is impractical for long term therapy. Most physicians will encourage their patients to take approximately 40 grams of protein a day and will prescribe lactulose and neomycin to decrease the production of ammonia in the intestines.

Certain specific amino acids (hepatamine) may be less likely to cause hepatic encephalopathy and have even been suggested as therapy.

Ascites is the accumulation of fluid in the abdominal cavity. Edema is fluid built up in the tissues, usually the feet, legs or back. Both conditions result from abnormal accumulation of sodium associated with portal hypertension and liver disease. Most affected patients will not require strict fluid restriction.

Sodium intake is often restricted for patients with cirrhosis to avoid retention of fluids in the body. Such a diet would allow only 2-4 grams of sodium and would exclude canned soups and vegetables, cold cut meats, condiments such as mayonnaise and ketchup, dairy products, cheese and ice cream. Most fresh foods are low in sodium. The best salt substitute is lemon juice (which is salt free).

Cholestasis is an inability of the liver to excrete bile. This may result in steatorrhea (fat malabsorption due to inadequate amounts of bile which dissolve fat in the intestines). Steatorrhea may go unnoticed by the patient or can be associated with weight loss due to lost calories. Stools may be foul smelling and float.

Fat supplements are available; the most commonly used being medium chain triglycerides (MCT oil) and safflower oil which are absorbable with less dependence upon bile. They may be used as a caloric supplement. MCT oil is used like any other cooking oil, in salad dressings or in cooking.

In Wilson disease there is a defect in copper metabolism. Patients affected by this disorder have an abnormal build-up of copper in the body due to the inability of the liver to excrete it. This inability allows the copper to accumulate in several organs: first the liver and then, usually the brain and the cornea of the eye. T

reatment involves the use of a de-coppering agent, penicillamine, which removes the excess copper from the body. Dietary therapy for this disease includes the avoidance of copper-containing foods like chocolate, nuts, shellfish and mushrooms.

Hemochromatosis is a disease in which there is an inappropriate absorption of iron from the intestine. The excessive iron then accumulates in the liver, pancreas and other organs in the body.

Patients with this disease should not be given iron supplements. Aside from this precaution, those with hemochromatosis may follow a normal diet. Treatment is achieved by frequent removal of blood from a large vein.

Fatty liver is related to alcohol, obesity, starvation, some drugs and other factors. It is not caused by eating fat and it should be treated with a well-balanced diet or the removal of the responsible chemical substance or drug.

Finally, patients with liver disease should be wary of supplements to the diet, particularly fad foods or packaged “nutritional” aids. Such foods can contain a lot of salt, potassium or inappropriate protein mixtures. Those that are safe should be taken only under a physician’s guidance.

Posted in Diet and tagged diet, nutrition
← Malnutrition bites back!!Maple Syrup Could Be a Liver Ally →