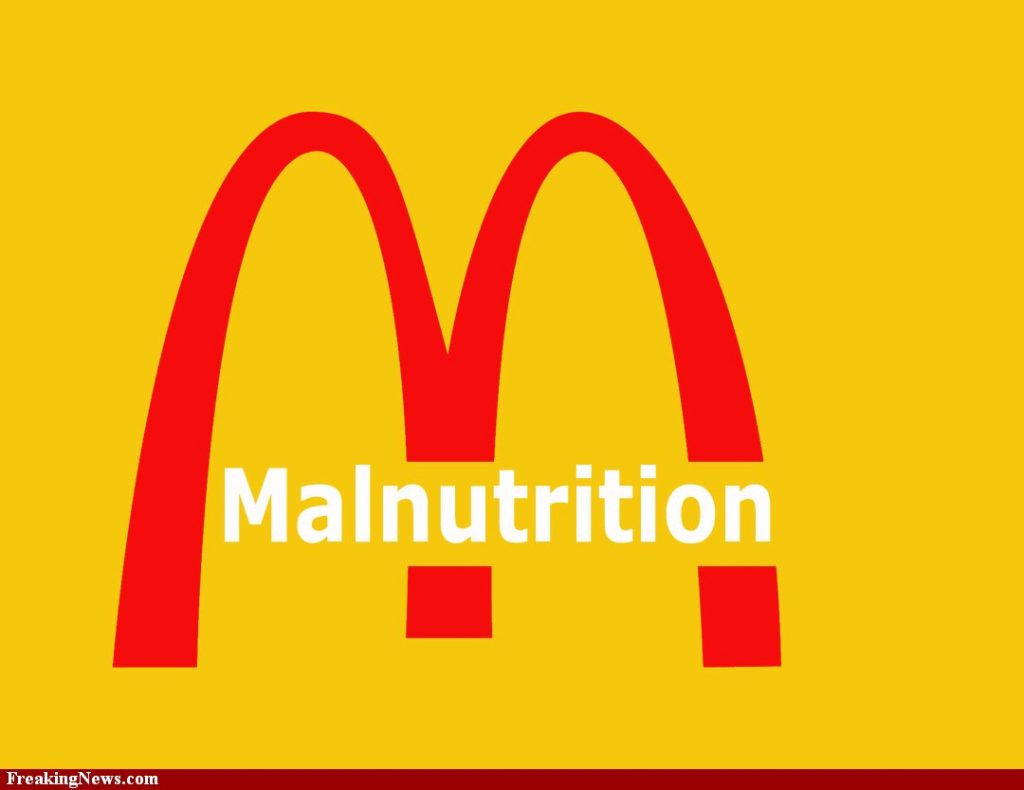 My suggested treatment for early diagnosis of cirrhosis, that of assuming the patient is malnourished in terms of vitamins and minerals falls in line with this article. People who drink a lot will often forgo food for alcohol and hard liquor is particularly bad for those already suffering from a vitamin and mineral deficiency.

When is the medical profession going to wake up and start taking diet (or the lack of it) in to serious consideration before trying to ‘treat’ illnesses and diseases?

How many people slip from having raised liver enzymes into cirrhosis and ESLD because of malnutrition? This is crucially important – personally I have NEVER been asked by a doctor to detail my eating habits.

Once again, it seems doctors would rather do all the expensive tests rather than start from the most basic level, that of nutrition!

When Gill Reynolds came round from an operation on her colon last year, she was astonished to be told she was seriously malnourished.’Although I’d lost about a stone, I didn’t look particularly thin – but the surgeon said I had malnutrition.

My blood count was very low, which meant I hadn’t been getting enough energy and nutrients,’ says Gill, a 61-year-old retired office worker. ‘I just couldn’t believe it.’

Malnutrition is a word we usually associate with the tragically thin figures from TV news reports of third world famines.
In fact, it’s a shockingly common problem in Britain. While, thankfully, few are actually at starvation level, there are millions of patients who aren’t getting sufficient calories, protein, vitamins and minerals.

Health experts describe malnutrition as the hidden epidemic. It’s a major health concern because it dramatically affects your ability to recover from any operation or illness.

‘Patients who are malnourished have 30 per cent more complications and a 40 per cent higher mortality rate,’ explains Dr Mike Stroud, a consultant gastroenterologist at Southampton University Hospital. ‘This is because when you’re seriously ill, your body often needs more energy (calories) and vitamins than a healthy person to recover.’

Often it’s a case of patients turning up for hospital care already malnourished because their doctors have failed to spot the problem. A recent survey found that only four per cent of GPs regularly check their patients for malnutrition, even though it’s found in nearly half of patients in care homes, for instance.

The malnutrition is then made worse in hospital. Official figures show that one in three people admitted to hospital is at risk of this; and last year 8,000 patients were more malnourished on leaving British hospitals than when they had come in.

Perhaps, surprisingly, all age groups are affected. Although the over-65s are at greater risk – because they often don’t eat very well and because their bodies absorb nutrients less efficiently – a quarter of those coming into hospital with malnutrition are under 40.

At risk: Elderly people who live alone, and largely survive on bread, butter and tea, are most likely to suffer from malnutrition
Quite apart from the human cost, the NHS spends an astonishing £13billion patching up its effects – three times the amount spent on treating obesity.

‘Preventing malnutrition would bring down the number of infections and reduce complications from operations,’ says Dr Stroud, who chairs the British Association for Parenteral and Enteral Nutrition (BAPEN) ‘Just lowering the malnutrition rate by ten per cent could save £1.3 billion,’ he adds. ‘And if everybody coming into hospital was checked for this, then treated, that could also save as many as 10,000 lives a year.’

It might well come as a surprise to most people that malnutrition is such a huge problem.

‘It’s certainly pretty hidden as far as the general public are concerned,’ concedes Dr Miles Witham, senior lecturer in Ageing and Health at Ninewells Hospital, Dundee. ‘Doctors are becoming more aware, but much more needs to be done.’

In fact, health experts and the government have known about the problem for years. Research published in the British Medical Journal in 1994 found that 40 per cent of patients coming into hospital had the condition and concluded it was a ‘largely unrecognised problem’.

And yet last August, 15 years after that report, a study published in the British Journal Of Nutrition found that ‘malnutrition affected 40 per cent of patients in hospital’ and ‘often went unrecognised and under treated’.
checking for malnutrition couldn’t be easier. It’s as simple as filling in a threepoint questionnaire to assess the patient for recent weight loss.

Shock cause: Obesity is linked to malnutrition when patients lose weight too fast (posed by models)
The National Institute for Clinical Excellence (NICE) has recommended all hospitals use this questionnaire, yet research shows fewer than half of hospitals make any attempt to spot patients who have a nutritional problem – as Gill Reynolds discovered to her cost.

‘Looking back, it’s obvious why I developed malnutrition,’ she says.
‘I usually eat healthily – lots of meat and fish, fruit and vegetables – but about two years ago, I began feeling tired and started to go off my food. ‘I wasn’t eating very much at all. I felt full quite quickly, and bloated. I was also put off eating because sometimes it was quite painful.’

Over the next seven months, her weight dropped from 10st 7lb stone to 9st 4lb. But even though she saw various doctors, nurses and consultants before her colon problem was diagnosed, none asked about her weight loss, let alone mentioned anything about malnutrition.

Eventually Gill was diagnosed with narrowing in her colon – the side-effect of an earlier operation for cancer – and was told she’d need a simple procedure to rectify it.

Even then – and despite her having a problem with her digestive tract – there was no mention of the risks of malnourishment. In fact, her problem was only spotted because the surgery itself went wrong.

Cold comfort: Hospital food may not provide a big enough boost for people who are already malnourished

‘It was supposed to be a minor procedure, but they perforated my colon,’ explains Gill. ‘So I had a major emergency operation and it was then that a test revealed the low blood count, flagging up my malnutrition.’

She was put on a nutrient drip, which included vitamins and minerals, to begin replacing what she’d been missing.
‘Everyone is worried about being overweight, so losing weight is always seen as a good thing,’ says Gill. ‘Friends complimented me on how slim I was looking.

‘But when my colon problem was identified, you’d think that might have rung alarm bells among doctors.’
A blocked colon, although an obvious explanation for malnutrition, is pretty rare. So why are there so many people with malnutrition in a rich country with no shortage of food?

‘Those most at risk are the elderly who live on their own, don’t cook and largely survive on bread, butter and tea,’ says Dr Sarah Jarvis, fellow of the Royal College of GPs.

‘They might be getting only 1,200 to 1,500 calories, which doesn’t provide enough energy or micronutrients.’
With younger patients the cause, ironically, is often obesity – with patients losing weight too fast, either to be able to have surgery or going on a crash diet. Malnutrition is also often a side-effect of the loss of appetite that comes with being ill.

‘Losing your appetite is one of the first signs that someone isn’t well. says Christine Russell, a former NHS dietician now working in the private sector. ‘Unfortunately, this is just the time you need the nutrients and energy from food to get back to health.’

And then there’s hospital food itself. ‘It does have a bad reputation,’ admits Russell. ‘But it has improved a lot. The problem is it might not provide enough of a boost if you’re malnourished because it is preapred to a standard necessary for a healthy person.’
Getting help to eat that food is another huge issue. ‘Some patients need help with feeding, but that’s very labour intensive, so it’s still not done enough,’ says Russell. ‘Doctors used to be the biggest problem,’ she adds.

‘They just weren’t interested in nutrition. They would usually wait until there were very obvious signs of malnutrition before doing anything. Doctors have become a bit more aware, but now nurses do less caring for patients.’

Malnutrition is something hospital dieticians should, in theory, pick up on. ‘But there just aren’t enough to make sure that all patients get proper help with feeding,’ says Eileen Steinbock, chair of a British Dietetic Association group that deals with catering in hospitals. ‘More dieticians are being trained, but the NHS isn’t providing the funding to hire them.

‘Another problem is that when trusts are looking to make cuts, they often target non-clinical services, such as specialised catering for people with malnutrition. It’s very short-sighted, but we don’t have enough influence at that level of policy.’

The main treatment for the condition is an oral nutritional supplement, also known as a sip feed – an easily digested drink packed with calories, protein, minerals and vitamins.

When Gill came out of intensive care after her operation, she was taken off intravenous vitamins and minerals and put on a sip feed. Each drink contained the equivalent of 20 grams of protein – nine slices of bread, six eggs and an 8oz steak – along with some minerals and vitamins.

‘In hospital, I didn’t care for food much,’ she says. ‘But with this I did start putting on weight. It was nice, chocolate-flavoured, and I continued taking it along with my regular meals for three months after I got home. ‘I gradually began to feel so much better. It was like a new lease of life.’

Dr Jarvis says she’s been prescribing a lot more of these feeds recently. ‘People generally love them, but we’re pressured by the local primary care trust not to keep patients on them for too long to save money. It’s very short-sighted, as improving nutrition keeps people out of hospital.’

However, Dr Stroud is optimistic the situation will improve. ‘Nutritional care has moved on from being a Cinderella discipline,’ he says. ‘The latest NHS guidelines say treatments should be safe and effective, improve the patient’s experience and be equally available to everyone. Preventing and treating malnutrition ticks every one of those boxes.’

Gill Reynolds is not so convinced. ‘The staff were so fantastic about my much more serious condition – I just don’t understand that such a basic problem as malnutrition was missed.’