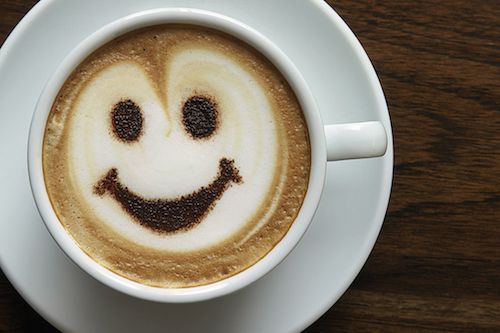 Is Coffee a Wise Adjunct to Hepatitis C Therapy?

In the debate over coffee’s effect on health, coffee lovers who are undergoing treatment for Hepatitis C have just scored a victory.

As one of the world’s most common beverages, coffee has a long list of devotees. Even with its foothold in nearly every culture, opinions about this dark brew vary dramatically. Some believe it is a healthful ritual and others are convinced that coffee lies at the root of illness. Fortunately for those with Hepatitis C who love coffee, new research shows that regular coffee drinkers have a distinct advantage when undergoing antiviral therapy.

The liver is directly affected by everything we eat or drink. That is why people with chronic liver disease – including Hepatitis C – must be particularly aware of what they ingest. Much to coffee lovers’ delight, a collection of studies demonstrating coffee’s benefits to the liver have emerged over the past few years. Adding to the pro coffee evidence is new research indicating that drinking a couple of cups of coffee each day improves the likelihood that pegylated interferon and ribavirin therapy will wipe out the Hepatitis C virus.

There are several reasons that people go to great lengths to avoid or quit drinking coffee. For starters, caffeinated coffee has stimulating cardiovascular effects that can increase the heart rate, raise blood pressure and occasionally cause an irregular heartbeat. In addition, caffeine is known to cause nervousness, rapid heartbeat, palpitations, sleeplessness and irritability. Besides the potential pitfalls of caffeine, coffee can aggravate previously existing gastritis or gastrointestinal ulcers.

Another reason for coffee’s bad reputation has more to do with the ingredients typically added to it. In an effort to reduce coffee’s bitterness, many people add ingredients that can exacerbate liver inflammation, such as whipped cream, flavored syrups, half-and-half, sugar, sucralose and aspartame. As well as potentially worsening Hepatitis C, these common coffee additives contribute to a whole host of cardiovascular, metabolic and renal ailments.

When it comes to whether or not those with chronic liver disease should drink coffee, quite a few studies have drawn similar, pro coffee conclusions. A handful of those trials are briefly described below:

As published in a 2006 edition of the Archives of Internal Medicine, researchers from the Kaiser Permanente Medical Care Program in California reported a 22 percent daily reduction of liver cirrhosis risk from alcohol with each cup of coffee consumed.

As published in a November 2009 edition of the journal Hepatology, research headed up at the National Cancer Institute in Rockville, Maryland found that in people with advanced Hepatitis C-related liver disease, regular coffee consumption was associated with lower rates of disease progression.

As published in an August 2010 edition of Journal of Epidemiology and Community Health, Chinese researchers found that moderate coffee consumption reduced the risk of liver cancer by almost half in those with chronic Hepatitis B.

Medical support for drinking coffee with chronic liver disease has been steadily growing. However, an encouraging connection between coffee and Hepatitis C therapy has just recently surfaced. Presented at the 2010 American Association for the Study of Liver Diseases “Liver Meeting” in Boston, researchers made an excellent case for coffee drinkers with chronic Hepatitis C to proceed with this liver disease’s currently approved medications – pegylated interferon and ribavirin.

Neal Freedman from the National Cancer Institute and colleagues looked at the relationship between coffee consumption and treatment response in the HALT-C (Hepatitis C Antiviral Long-Term Treatment against Cirrhosis) trial. Designed to show whether long-term pegylated interferon maintenance therapy would reduce the risk of liver disease progression in non-responders, the HALT-C trial has been used for many types of scientific studies.

In their evaluation of nearly 900 prior non-responders with advanced liver disease, Freedman and colleagues evaluated the frequency and amount of coffee consumption over the previous year and compared that with their viral response at several stages in Hepatitis C treatment. The investigators found that those who drank more coffee were more likely to achieve early and sustained virological response to Hepatitis C antiviral therapy.

Based on the evidence, there is reason to believe that drinking coffee with chronic Hepatitis C is a good thing. As long as the person is not bothered by caffeine, has a digestive system that can handle coffee’s acidity and is careful of how he or she lightens or sweetens the brew, going into antiviral treatment with a several cups-of-coffee a day habit can yield an advantage in wiping out the Hepatitis C virus.