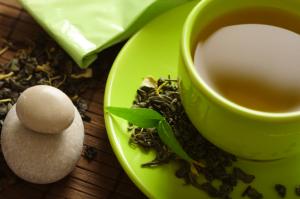 Patients with advanced hepatitis C virus–related liver disease who drank three or more cups of coffee per day were three times more likely to respond to therapy with peginterferon alfa-2a plus ribavirin at four time points than were patients who didn’t drink coffee, Neal David Freedman, Ph.D., and his colleagues reported in the June issue of Gastroenterology.

The reason for this benefit is not yet known, but it appears that coffee drinkers’ improved response was independent of other factors known to influence hepatitis C virus (HCV) virologic response to therapy, such as the patient’s race, serum HCV RNA level, the presence or absence of cirrhosis, and the AST/ALT (aspartate aminotransferase/alanine aminotransferase) ratio, said Dr. Freedman of the National Cancer Institute and his associates.

In this study of patients with advanced liver disease related to hepatitis C, 61% of the heavy coffee drinkers tolerated the full dose of peginterferon alfa-2a plus ribavirin, while only 50% of the non–coffee drinkers did so.

In previous studies of hepatic disease, coffee drinking has been associated with lower levels of liver enzymes, a reduced progression of chronic liver disease, and a decreased incidence of hepatocellular carcinoma. But coffee’s effect in chronic HCV infection has not been studied until now.

The investigators examined coffee intake and virologic response to treatment using data from the Hepatitis C Antiviral Long-Term Treatment Against Cirrhosis (HALT-C) trial, which involved patients with chronic hepatitis C who had fibrosis or cirrhosis at baseline, showed no sign of hepatic decompensation or hepatocellular carcinoma, and had failed to respond to interferon therapy.

For this study, Dr. Freedman and his colleagues assessed 885 subjects who completed a food frequency questionnaire at the beginning of the study. This included a measure of the portion size and frequency of coffee and tea intake, but did not distinguish between caffeinated and decaffeinated drinks and did not differentiate black tea from green tea.

A total of 85% of the subjects were coffee drinkers, and 15% of subjects drank three or more cups per day, which was defined as heavy coffee consumption.

The decline in serum HCV RNA levels during treatment was greater with higher coffee intake. In addition, the absolute levels of HCV RNA were lower in heavy coffee drinkers than in nondrinkers at weeks 12, 20, and 24 of treatment. These benefits were seen even though higher coffee consumption had been associated with higher initial HCV RNA levels at baseline, the researchers noted.

Adjustment of the data to account for potential confounding factors such as age, sex, race, alcohol use, the presence of cirrhosis, the AST/ALT ratio, the baseline HCV RNA level, and the HCV genotype attenuated the associations with coffee somewhat, but the correlations remained significant at each virologic response end point.

The association between heavy coffee drinking and improved virologic response persisted in a subgroup analysis of only white patients, and it was actually stronger in patients with an unfavorable genotype (positive for the IL28B SNP rs12979860) than in those with a favorable genotype (negative for that SNP).

In contrast to these findings for coffee, there were no associations between tea drinking and treatment response.

Coffee contains more than 1,000 compounds, “any one of which could be involved in the virologic response.” This study could not differentiate any possible role for caffeine, a major constituent of coffee.

However, “it is unlikely that coffee or its constituents have a direct antiviral effect. If so, HCV RNA levels at baseline would have been expected to be lower with greater coffee consumption,” when in fact they were higher. It is more likely that coffee facilitates the response to peginterferon and ribavirin by some mechanism that is not yet understood, perhaps related to its association with cholesterol or with insulin resistance.

“As in all observational studies, we cannot exclude unmeasured or residual confounding as an explanation for our results. Observed associations could also simply be due to chance,” Dr. Freedman and his associates said.

For that reason, further studies are needed to replicate these results in other populations, they added.

Posted in Diet and tagged coffee
← Guidelines for a Low Sodium DietHepatitis C: Role of Diet →