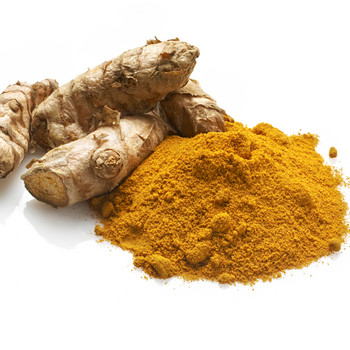 Could Curcumin Help Your Liver?

New research demonstrates that a compound in curry could help in the management of chronic liver disease.

Curcumin is found in the cuisine of several Eastern hemisphere cultures. A compound in the spice turmeric, curcumin is classified as an antioxidant with reported anti-inflammatory and anti-cancer properties. Although turmeric is traditionally treasured for its rich color, those with chronic liver disease have another incentive to make this spice a dietary staple.

For the millions of Americans living with some form of chronic liver disease, preventing the progression of liver inflammation and damage is an absolute priority.  Whether the liver is infected with a virus, injured by chemicals, suffocated by excessive fat accumulation or under attack from the immune system, the threat of each condition is singular – that the liver will become so damaged that it can no longer sustain life.

The liver has many essential roles, including:

·    Cleaning the blood of toxins

·    Storing energy for when it is needed

While a healthy liver can grow new cells after it has been damaged, those with chronic liver disease may be unable to regenerate new cells. If a person with liver disease suffers from repeated liver cell injury, his or her liver’s ability to perform its functions (and thus support life) can deteriorate quickly.

In addition, obstructions in the liver’s bile duct can cause a backup of bile and waste products in the liver – contributing to congestion and liver damage. Thus, anything that helps ward off liver damage or that upholds the liver’s ability to function optimally can help those with liver disease maintain their health.

A distinctly yellow member of the ginger family, turmeric is a key ingredient for many Indian, Persian, Thai and Malay dishes – in curry, masak lemak, rendang and more. Containing up to five percent essential oils and three percent curcumin, many culinary traditions use turmeric specifically for its well-known medicinal value.

As of February 2010, the U.S. National Institutes of Health had 19 registered clinical trials underway to study the use of dietary turmeric and curcumin.

Outside of the U.S., scientific progress has recently demonstrated curcumin’s value to those with liver disease. Published in the April 2010 edition of the journal Gut, researchers from Austria found that feeding curcumin to mice reduced the types of inflammation that can cause liver cell damage, blockage and scarring.

In their effort to evaluate curcumin’s efficacy at delaying liver disease progression, the research team led by Michael Trauner of the Gastroenterology and Hepatology division at the Medical University Graz in Austria, analyzed tissue and blood samples from mice with chronic liver inflammation before and after adding curcumin to their diet for four or eight weeks. They found that mice on a curcumin-containing diet:

The researchers concluded these effects were due to curcumin interfering with the chemical signaling pathways involved in inflammation.

We are still waiting for confirmation about curcumin’s value to the liver in well-constructed, human studies. However, those with liver disease needn’t wait to implement strategies that could benefit their liver.

Actively choosing foods containing turmeric (and thus curcumin) or experimenting at home with turmeric recipes is a simple, proactive way to minimize liver disease’s daily assault on your liver.