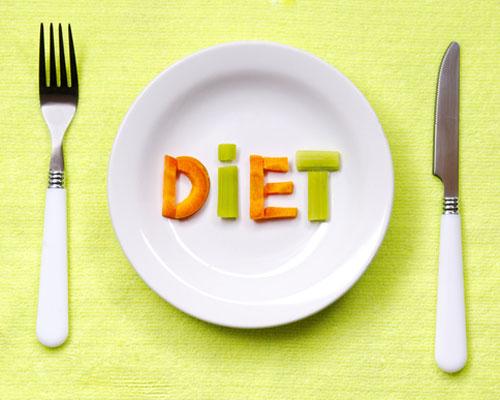 Because important antioxidant vitamins are depleted in the cirrhotic liver, cirrhosis patients should maintain a diet rich in fresh fruits, vegetables, and whole grains.

There is some preliminary laboratory evidence that various antioxidant supplements including vitamin E, selenium, and S-adenosylmethionine (SAMe) may help protect against liver damage and cirrhosis. Supplements, however, are not recommended for people with liver disease except with the advice of a physician. Some vitamins, such as vitamins D and A, are metabolized in the liver and can be toxic.

Elevated iron levels have been associated with cirrhosis from many causes. Patients should avoid iron-rich foods, such as red meats, liver, and iron-fortified cereals and should avoid cooking with iron-coated cookware and utensils.

Supplemental nutritional beverages may be helpful, particularly for patients with both alcoholism and cirrhosis. In one study, patients with both alcoholism and cirrhosis drank Ensure every day as a supplement to their regular diet. After six months they showed significant improvement in many signs of overall health compared to those who didnt consume the beverage.

Thiamine binds to iron and helps reduce iron load in the liver. One small study suggested it may be helpful for patients with chronic hepatitis B. It is not known if it has any benefit for cirrhosis. Pork is high in the vitamin, but more healthful sources include dried fortified cereals, oatmeal, corn, nuts, cauliflower, sunflower seeds and vitamin pills.
Like most vitamins, vitamin B1 may be obtained in the recommended amount with a well-balanced diet, including some enriched or fortified foods.Omega-3 Fatty Acids. Some research suggests that supplements of omega-3 fatty acids (found in fish oil and evening primrose oil) may help protect the diseased liver.

High-quality dietary protein may be especially helpful for patients with ascites and for repairing muscle mass, but excessive protein loads may trigger encephalopathy. Protein solutions have been devised that provide beneficial amino acids without including those that increase this risk. There is no limit on vegetable proteins, such as those from soy.

Restricting salt consumption to less than 2,000 mg a day is particularly important for patients with ascites. The less salt the better.

In some studies, taking zinc supplements have lowered ammonia levels in some patients who were zinc-deficient, a common problem in cirrhosis. Zinc replacement may reduce frequency and severity of muscle cramps and may even help protect against encephalopathy.

Fluid restriction is not usually necessary, but patients with severe ascites should discuss limiting fluid with their physicians.

Exercise increases the risk for portal pressure and variceal bleeding. One study reported that taking a beta-blocker may reduce this risk, although patients should discuss this with their physician.

Infections can have a severe impact on the liver. Although most respiratory infections generally affect only the lungs, one small study suggested influenza may directly affect the liver in patients with cirrhosis and exacerbate the disease process. Researchers in the study advise annual flu shots for people with cirrhosis. Furthermore, they advise that patients who get the flu be treated immediately with rimantadine, but not a similar treatment called amantadine.

A 2000 study of 15 patients with chronic liver disease concluded that methylphenidate (Ritalin) improves chronic fatigue symptoms in patients with cirrhosis and chronic hepatitis. All patients reported some improvement in fatigue, and no side effects were severe enough to warrant withdrawal from the study. The researchers recommended that treatment for chronic fatigue in patients with liver disease combine methylphenidate with physical therapy and nutritional counseling. Results of the study need to be confirmed in a randomized prospective trial.

Among the natural substances being investigated for liver disease are ginseng, glycyrrhizin (a compound in licorice), catechin (found in green tea), SAMe, and silymarin (found in milk thistle). Two natural substances that may have some benefits for people with cirrhosis are discussed in the following paragraphs:

A 2001 review analyzed studies on 10 herbal remedies used for liver disease. None showed any benefits except silymarin. Furthermore, an analysis of five studies on cirrhosis patients reported an association between silymarin and a 7% reduced mortality rates from liver-related diseases. Known side effects from silymarin include rare reports of gastrointestinal problems and allergic skin rashes.

S-adenosylmethionine (SAMe) is a chemical found in all parts of the body, which declines with age. It has been investigated for years in Europe for arthritis, depression, and liver disease. Some preliminary studies suggest it may provide some protection against liver damage and scarring and may improve survival rates in alcoholic patients with cirrhosis. It is very expensive, however, and as with all unregulated products, long-term side effects, drug interactions, and other factors are not fully known.

It should be strongly noted that herbal remedies are not necessarily harmless simply because they are natural (or marketed as natural), and their quality is not regulated except in clinical studies.

Warnings on Alternative and So-Called Natural RemediesIt should be strongly noted that alternative or natural remedies are not regulated and their quality is not publicly controlled. In addition, any substance that can affect the body’s chemistry can, like any drug, produce side effects that may be harmful. Even if studies report positive benefits from herbal remedies, the compounds used in such studies are, in most cases, not what are being marketed to the public.

There have been a number of reported cases of serious and even lethal side effects from herbal products. In addition, some so-called natural remedies were found to contain standard prescription medication.

The following warnings are of particular importance for people with liver disease:

* Kava kava (an herb used for anxiety and tension) can be toxic to the liver and cause severe hepatitis and even liver failure if taken excessively.

* Black licorice (not red) can increase blood pressure and may be harmful in people with hypertension.

The following website is building a database of natural remedy brands that it tests and rates. Not all are available yet (www.consumerlab.com).

The Food and Drug Administration has a program called MEDWATCH for people to report adverse reactions to untested substances, such as herbal remedies and vitamins (800-332-1088).