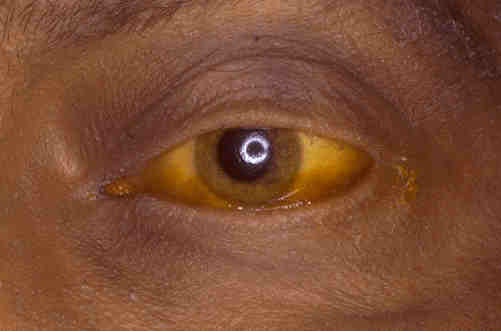 Liver Diseases and their Symptoms

Alagille Syndrome – an inherited disorder characterized by a progressive loss of the bile ducts within the liver and narrowing of bile ducts outside the liver over the first year of life. Symptoms include jaundice, pale, loose stools and poor growth within the first three months of life.

Alpha 1 – Antitrypsin Deficiency – a hereditary disease that may lead to hepatitis and cirrhosis. It is the most common genetic cause of liver disease in children. The disease most often appears in the newborn period with jaundice, swelling of the abdomen, and poor feeding. It may also appear in late childhood or adulthood and be detected because of the appearance of fatigue, poor appetitite, swelling of the abdomen and legs or abnormal liver tests.

Autoimmune Hepatitis – a progressive inflammation of the liver associated with an abnormality of the body’s immune system and related to the production of antibodies. Common symptoms include fatigue, abdominal discomfort, aching joints, itching, jaundice, enlarged liver, and spider angiomas (tumors) on the skin.

Biliary Atresia – a serious disease of the very young infant. This disease results in inflammation and obstruction of the ducts which carry bile from the liver into the intestine. Cirrhosis results when healthy liver cells are destroyed, in this case by disease, and replaced with scar tissue.

Chronic Hepatitis – an ongoing injury to the cells of the liver with inflammation which lasts for longer than six months. Causes of chronic hepatitis are viruses, metabolic or immunologic abnormalities and medications. Signs and symptoms may include fatigue, mild discomfort in the upper abdomen, loss of appetite and aching joints.

Cirrhosis – a group of chronic liver diseases in which normal liver cells are damaged and replaced by scar tissue, decreasing the amount of normal liver tissue. Cirrhosis and other liver diseases take the lives of over 25,000 Americans each year and rank eighth as a cause of death in the United States.

Fatty Liver – an accumulation of fat cells in the liver, common in patients who are overweight or who have diabetes.

Galactosemia – a rare hereditary disease caused by elevated levels of galactose (a sugar in milk) in the blood resulting from a deficiency of the liver enzyme required to break it down. The disease usually appears in the first few days of life following the ingestion of breast milk or formula. Vomiting, liver enlargement, and jaundice are often the earliest signs of the disease, but bacterial infections, irritability, failure to gain weight, and diarrhea may also occur.

Gallstones – this condition causes severe and intermittent pain in the right upper abdomen, as well as chronic indigestion and nausea.

Gilbert’s Syndrome – a relatively common and benign congenital (probably hereditary) liver disorder, found more frequently in males. It is characterized by a mild, fluctuating increase in serum bilirubin, a yellow pigment excreted by the liver into bile.

Hemochromatosis – a genetic condition that causes the body to absorb and store too much iron. While many individuals with this disease have no symptoms, injuries to the liver can slowly lead to cirrhosis if the illness is not treated.

Hepatitis A – this inflammation of the liver is usually caused by eating food or drinking water that has been contaminated with human excrement. Symptoms similar to the flu and fatigue may occur; however, the disease is rarely life threatening.

Hepatitis B – one of the most serious forms of hepatitis, this disease is more common and much more infectious than AIDS. Chronic hepatitis B may lead to scarring of the liver, called cirrhosis, and cancer of the liver. Individuals can protect themselves from hepatitis B with a safe and effective hepatitis B vaccine.

Neonatal Hepatitis – inflammation of the liver that occurs only in early infancy, usually between one and two months after birth. Symptoms include jaundice, failure to grow or gain weight, and an enlarged liver and spleen.

Nonalcoholic Steatohepatitis or NASH — refers to those conditions that resemble alcohol-induced damage to the liver but is found in people who don’t abuse alcohol.

Porphyria – a disease in which porphyrins, a chemical compound in the body, do not successfully perform their task of forming heme (the substance that makes blood red) in human beings. When they do not function properly, porphyrins build up in the body, causing a variety of symptoms ranging from abdominal pain and weakness to blisters on the skin.

Primary Biliary Cirrhosis – a chronic liver diseases that causes slow, progressive destruction of bile ducts in the liver. The disease is 10 times more frequent in women than men, and is usually diagnosed in people 30 to 60 years of age. Many patients have no symptoms and are diagnosed through the appearance of an abnormality on routine liver blood tests.

Primary Sclerosing Cholangitis – a disease in which the bile ducts inside and outside the liver become narrowed due to inflammation and scarring. It usually begins in the 30’s, 40’s or 50’s and is commonly associated with fatigue, itching and jaundice.

Reye’s Syndrome – a rare complication of childhood respiratory infections characterized by vomiting that begins three to seven days after the onset of flu or chickenpox. It is believed that aspirin may contribute to the development of Reye’s Syndrome. Other symptoms include listlessness, staring, and drowsiness.

Sarcoidosis – a systemic disease of unknown cause, in which nests of cells appear in many tissues, including the lung, lymph nodes and liver. Blacks are affected about 15 times more often than whites in the United States, with the highest incidence in the southeastern states.

Tyrosinemia – a genetic inborn error of metabolism associated with severe liver disease in infancy. Children may have either the acute form, in which symptoms appear in the first month of life, or a more chronic form. In both cases, liver transplantation is required.

Type I Glycogen Storage Disease – a deficiency of the enzyme glucose – 6 – phosphatase which helps in maintaining a normal blood glucose during fasting. Symptoms include growth failure, a greatly enlarged liver, and a distended abdomen.

Wilson’s Disease – An inherited disorder of copper secretion by the liver. Copper accumulates in the liver and nervous system leading to severe liver and neurological disease. Penicillamine is a successful treatment for patients with early Wilson’s Disease; liver transplantation is indicated for those with very advanced disease.

Posted in Cirrhosis Symptoms and tagged cirrhosis, liver disease, symptoms
← Information about Cirrhosis, symptoms etc.So you think you have cirrhosis – What happens next?? →