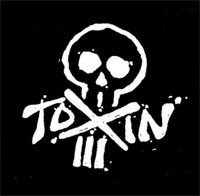 While large quantities of environmental toxins used to be implicated in liver damage, new research claims that even small amounts of chemicals are sufficient to cause liver problems.

Due to increased awareness and activism, today’s growing eco-conscious movement is steadily chipping away at the poisonous chemicals that surround us. Unfortunately, environmental toxins can still be found everywhere. Whether found in our food supply, building materials, health devices or agricultural products, toxins are known to cause damage to the liver.

Many people mistakenly assume that only high levels of toxic chemical exposure is dangerous. However, low toxin levels do not equate with safety. For a liver that is already battling ongoing disease, any amount of toxins strains the body’s detoxification system. In addition, researchers from Kentucky have recently discovered that even low levels of environmental toxins appear to play a role in creating liver disease.

Over the past year, clinicians have estimated that approximately one in every four American adults has fatty liver disease. However, fatty liver disease is just one of many kinds of chronic liver disease. To investigate liver disease’s rapid growth in the American population, Matthew Cave, MD, assistant professor of medicine at the University of Louisville, extracted data from the 2003-2004 National Health and Nutrition Examination survey (a database often used by researchers).

By looking at abnormal levels of a liver enzyme associated with liver injury, Cave’s research revealed just how common liver problems are. After excluding people with traditional risk factors for liver disease, such as hepatitis and alcoholism, these Kentucky researchers concluded that more than one in three adults in the U.S. have some form of liver disease.

According to Cave, many instances of liver disease are linked with environmental pollutants, such as pesticides and heavy metals. The survey participants’ blood and urine were evaluated for about 200 common pollutants. Among the chemicals studied, were:

Lead – A highly toxic metal found in small amounts in the earth’s crust, lead is abundant. Lead and lead compounds have been used in a wide variety of products including paint, ceramics, pipes, solders, gasoline, batteries and cosmetics. Since 1980, government standards have reduced the amount of lead allowed in consumer products and occupational settings.

·    Mercury – Also an element in the earth’s crust, mercury cannot be created or destroyed by humans. Despite its toxicity, mercury is found in many industries, such as battery, thermometer and barometer manufacturing, fungicides, and before 1990 as an anti-mildew agent in paint. In 1999, the public was alerted that thimerosal, a mercury-containing preservative used in some vaccines, could be related to certain diseases. Today, mercury exposure is mostly associated with eating fish contaminated with mercury and dental amalgams, or fillings, by dentists.

·    Organochlorine Pesticides – Organochlorine pesticides have been banned from use in the U.S. since the 1980s, but they can linger in the environment. Exposure to organochlorines can still occur when people eat fatty foods, such as fish, or dairy products contaminated with these long-lasting pesticides.

Alanine aminotransferases (ALT) is a liver enzyme that is released when the liver is injured. Upon evaluating the participant’s ALT levels, Cave found that 34.1 percent had abnormal levels. Additionally, their findings demonstrated that the more lead, mercury and organochlorine pesticides found in a person’s blood or urine, the greater risk of abnormal ALT.

Even after adjusting for obesity, race, sex, poverty and diabetes, the researchers reported, “…the results indicate that there may be a previously unexpected role for environmental pollution in the rising incidence of liver disease in the U.S. population.” According to Gina Solomon, MD, MPH, a senior scientist at the Natural Resources Defense Council in San Francisco, “The thing that is so dramatic about this study is they found associations at the levels that are in the general population. There’s no surprise that these chemicals can cause liver disease, but previous research has always suggested that the doses needed to be much higher.”

In light of this realization, people can protect themselves by reducing or minimizing exposure to substances known to contain toxic chemicals. Unfortunately, there is no way to isolate oneself from all of the possible contaminants in the environment. Thus, another strategy to reduce the impact of environmental toxins is to shield the liver from toxins. Advised by a growing number of health professionals, milk thistle supplementation is ideal for this purpose, because this herb strengthens liver cell walls, thus reducing its vulnerability to toxins.

According to this new research, those who scrape lead paint for a living are not the only ones who need be concerned with their liver’s health. Apparently, just living on this planet is sufficient to cause liver damage in one of every three people. Researchers are actively seeking to understand why so many develop chronic liver disease. Until then, minimizing toxin exposure and fortifying the liver are the best-known ways to deflect the damage (and illnesses) incurred from environmental toxins.