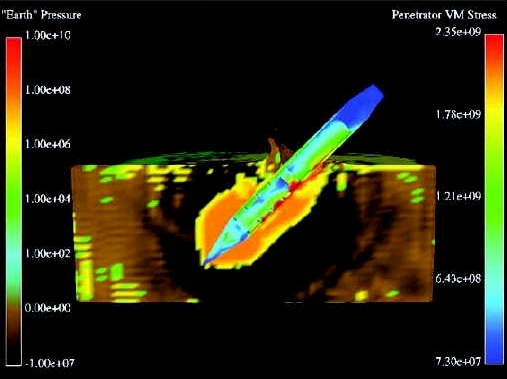 How does the liver manage to regenerate itself even after severe damage? Seeking to find an answer to this significant medical question, scientists of the HepatoSys/German Virtual Liver Network have gained new insights into the underlying processes involved in the regeneration of liver lobules using computer simulation and laboratory experiments.What that looks like has been demonstrated at the third Conference on Systems Biology of Mammalian Cells (SBMC) from June 3-5, 2010 at the Concert Hall (Konzerthaus) in Freiburg (http://www.sbmc2010.de). The new perspectives on liver regeneration open the door to developing new treatments for cirrhosis and other injuries to this vital organ.

The singular mechanisms of liver regeneration

The liver is a very special organ: even if more than fifty percent of its overall mass is damaged — for instance, by intoxication — it can regenerate itself completely. This amazing ability is essential. The liver is the body’s most important metabolic organ and has the task, among others, of detoxifying the blood. To enable it to do this, the liver is equipped with a very complex anatomy: in humans both hepatic lobes are composed of about a million small lobules that are a maximum of one to two millimeters in size.

The blood flowing into the liver enters the lobules via the so-called portal field, which separates neighboring lobules from each other. From there it flows through microvessels surrounded by hepatocytes — the most common type of cell in the liver — and drains into a centrally located vein. This special architecture ensures that the blood is brought into optimal contact with the hepatocytes when it flows through the organ.

When a liver has recovered after damage caused by drugs, alcohol consumption or a viral infection, this complex architecture must be restored. The underlying mechanisms are still poorly understood. HepatoSys researchers led by Dirk Drasdo at the Interdisciplinary Centre for Bioinformatics in Leipzig (IZBI) and the French National Institute for Research in Computer Science and Control (INRIA) in Le Chesnay near Paris have started investigating liver regeneration using computer-based methods of systems biology: Drasdo and his team simulated the scenario after intoxication with carbon tetrachloride (CCl4) in mice — a typical animal model for paracetamol intoxication in humans — on the computer.

From the tissue section to the computer

The first of three steps was to obtain a computer representation of an average liver lobule. Working closely with the experimental research group led by Jan Hengstler of the Leibniz Institute and the University of Dortmund, the scientists recorded parameters necessary to quantitatively characterize the static lobule architecture, such as the shape and orientation of the blood vessels, and the shape, orientation and spatial organization of the hepatocytes. These parameters were extracted using image processing methods that allow the full three-dimensional reconstruction of microscopic images of specially prepared serial tissue sections, followed by turning the three-dimensional patterns into numbers.

The second step was to record the regeneration process in the liver lobules of mice. The animals were injected with the liver-damaging substance carbon tetrachloride, which — like paracetamol intoxication — results in the death of hepatocytes near the central vein of the liver lobule. To characterize the regeneration process quantitatively, the scientists introduced so-called process parameters. These parameters — also obtained from image analysis — record when and where new hepatocytes are created and register their movements and alignment within the organ in the process of regenerating the original architecture of the liver lobule.

Finally, based on all these parameters a mathematical model was developed with which the spatial- temporal dynamics of individual hepatocytes and blood vessels could be simulated on a computer. With their computer model the scientists managed to identify previously unrecognized mechanisms during regeneration in liver lobules. As it turned out, the new cells do not just emerge at arbitrary locations within the lobule; “Instead it quickly became evident that the spatio-temporal process can only function properly if the new hepatocytes align themselves along the sinusoids, the micro-blood vessels that traverse the liver lobule,” explains Drasdo’s co-worker Stefan Höhme. This observation on the basis of the computer model was subsequently confirmed on real liver lobules in a laboratory experiment. “That,” according to Höhme, “brings us closer to an understanding of the complex processes involved in liver regeneration.”

Not only for the liver

As Drasdo emphasizes, such a dynamic model of a multi-cellular arrangement capable of making correct predictions is still a great exception: “It simultaneously records single cells and the whole tissue,” he says. “And that creates the basis for examining in more detail the signalling processes within and among the cells that control regeneration.”

The same principle can be applied to build models for other medically relevant questions, e.g. how a tumor spreads to other parts of the body. Understanding these dynamic processes paves the way for new and effective treatments, e.g. to support the liver during the regenerative process or to hinder tumor progression. “Our work was only possible because we were able to work hand in hand with the experimental research group led by Jan Hengstler in Dortmund,” emphasized Drasdo, who has many years of experience in modeling cells and cell aggregates. “Only then could we validate the results from our computer simulations directly with an experiment and calibrate our models with experimental data- that is exactly what constitutes systems biology.”