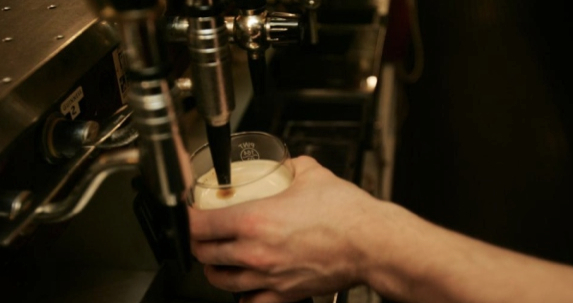 We need to reclaim sport from the drinks industry

Opinion: The industry is using its influence to prevent reform

As specialists in liver disease, my colleagues and I have seen at first hand the results of the increase in alcohol consumption of recent years. As a nation, we are now drinking twice as much as previous generations, and binge-drinking more frequently than any other European country.

Where once doctors treated older men for liver failure associated with alcohol, we are now seeing men and women in their 30s and 40s dying from liver disease due to alcohol. These patients are frequently unaware that their level of alcohol consumption is putting them at risk of liver failure. Their heavy drinking is commonplace in a country that tolerates excessive drinking and public drunkenness.

In recent years, beer consumption has decreased as many of us have swapped the pint for a glass of wine. This may give the impression that we have adopted a sophisticated, moderate attitude to alcohol consumption. The truth, however, is that the only sophistication in our relationship with alcohol lies in the slick marketing campaigns of alcohol brands.

Indeed, many people are unaware of these facts and some of the other health impacts of alcohol. On average three patients a day die as a result of alcohol and this is probably an underestimate. Recent research shows there is an increased risk of various cancers, even when alcohol is consumed within low risk limits, and this risk increases with the amount consumed. The reported death rate in Ireland from liver cirrhosis has doubled in 20 years.

Alcohol is a significant cause of many cancers. This includes breast cancer, and cancer of the larynx, pharynx, and oesophagus. Alcohol is also a factor in unsafe sex, damage to the foetus during pregnancy, and is linked with suicide. In addition, there are the various family and social problems caused by or made worse by problem alcohol use, including domestic abuse, child abuse and sexual assault.

It is time that we recognised the health and social harms of alcohol, and changed our drinking habits accordingly and reduced dangerous alcohol consumption.

There are many factors which have led to the situation of excess consumption.

Cheap alcohol can be purchased widely; alongside groceries in supermarkets and in petrol stations. Even one day without alcohol sends many rushing to the tills to stock up on discounted “Good Friday” deals promoted by means of social media. Sports sponsorship by alcohol companies has become the norm, linking sporting prowess with a drug in a contradiction that has been tolerated up until now.

As doctors, my colleagues and I share a responsibility to advise the public on health matters as we would advise a patient in our clinical practice. We also feel a duty to highlight areas where government intervention on health issues is necessary to affect behavioural change.

We support Minister for Health James Reilly and the Minister of State for Primary Care Alex White in their efforts to curb excessive alcohol consumption. We stand behind moves to introduce minimum pricing to prevent the sale of cheap alcohol. Young people and people with alcohol problems buy very cheap alcohol in supermarkets and convenience stores. This measure would make alcohol less accessible to these at risk groups.

The changes proposed by Government are strongly opposed by the alcohol industry, which has influence over our people and our politicians and seeks to block progress on this serious public health issue. They will argue that minimum pricing is anti-competitive; that advertising does not increase the amount of alcohol consumed; and that reducing alcohol consumption has a negative impact on jobs and the economic output of the hospitality industry.

We need to break the link between alcohol and sport. We should reclaim sport back from the alcohol industry. Alcohol causes nearly twice as many deaths as all other drugs combined. As doctors, we see the very harmful effects that alcohol has on young people in particular.

Although drinks companies who sponsor sporting events deny that alcohol sponsorship serves to increase alcohol consumption, the evidence is that it does. An analysis of 13 longitudinal studies involving 38,000 young people led the authors to conclude that alcohol advertising and promotion increased the likelihood that adolescents would start to use alcohol, and to drink more if they were already using alcohol. It appears that Mr White and Dr Reilly are seeking to introduce a ban on the sponsorship of major sporting events from 2020, with new contracts outlawed from 2016. The introduction of a ban on alcohol sponsorship of sports events should not come as a surprise to the sporting organisations. This has been flagged from as far back as 2002. The Government has already compromised on this issue by only banning the alcohol sponsorship of major sporting events.

There have been calls on the Government not to specify a date for the introduction of a ban. We believe it is crucial that Government is clear on timelines around the implementation of the ban. The proposed timescale is more than fair in that it gives sporting organisations seven years to diversify their revenue from sponsorship so that they are not dependent on the alcohol industry. Sporting organisations will find new sponsorship partners to replace the old.

Minimum pricing is the single most effective measure for reducing alcohol consumption in two highly vulnerable groups, teenagers and very heavy drinkers, and there is recent evidence from Canada that confirms this. There is also an abundance of information which links youth drinking with exposure to alcohol advertising and marketing. As to the last point, with extreme financial constraints, the high economic cost of problem alcohol use can no longer be borne by the health system or the State.

Smoking ban
Irish governments have previously taken radical steps to protect public health, such as the ban on the sale of bituminous coal in Dublin and the smoking ban. We believe that the time is now right for similar moves in regard to alcohol. Prof Frank Murray is consultant gastroenterologist in Beaumont Hospital and chairman of the Royal College of Physicians of Ireland policy group on alcohol

Posted in In The News
← Interferon-free, treat-all approach cost effective, beneficial for chronic HCVWho Wrote Alcoholic Cirrhosis as a Syndrome? →