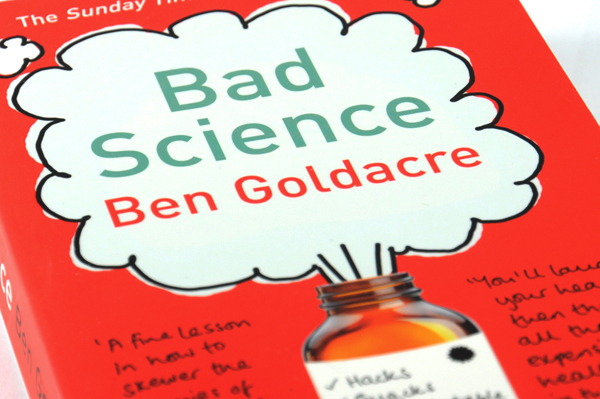 Posted on:
Wednesday, June 13th 2012 at 9:30 am
Written By:
Orthomolecular News Service

(OMNS June 11, 2012) There is a global tendency to popularize pharmaceutical industry pseudoscience that harms patients and prevents health. Far from being critical, the media are easily taken in by corporate medicine. Two recent examples give food for thought. Like so many others in the media, Alex Hutchinson was misinformed about the underlying science when he wrote “Three Reasons to Reconsider Vitamin Pills.” [1] Sometimes the lack of scholarship in medical research is astounding. A recent paper by María Martínez and colleagues illustrates this well. It is bizarrely titled “Dietary Supplements and Cancer Prevention: Balancing Potential Benefits Against Proven Harms.” [2]

The media uncritically accept claims by the Cochrane Collaboration because it is a “gold-standard.” However, Cochrane supports bad science because it accepts the methods and bias of corporate medicine. In this case, a review combined the results of 78 randomized trials, but in the selection of these trials ignored a larger set of data to give a required but biased answer. [1] One of the first lessons for a science student is not to select your data. When information is selected it is prone to bias because it doesn’t represent the full data set. In this case, thousands of studies have provided a prior probability that vitamin supplements are safe and can prevent chronic disease. Further, the claim that large randomized interventional trials give the “strongest form” of medical data is simply wrong. There is little if any scientific support for this oft-repeated myth.

A “cargo cult” (i.e. obtaining value through magical rituals) has taken hold of medical science. [3] So-called evidence-based medicine looks like science, but fails to deliver rational results. Hutchinson reports that the size of the vitamin review included 297,000 people, which is supposed to give a sense of solidity and reliability from the law of large numbers. However, what we are not told is that large numbers are not appropriate, as these studies emphasize weaknesses (background noise) in the data. If you need a quarter of a million people to show an effect, that’s a mighty small effect.

Emphasis is been placed on “placebo controlled” trials. However, it is not explained that such trials are generally unethical. The Helsinki Declaration states that treatments should be tested directly against the best available current methods to help prevent abuse of medical research and crimes against humanity. This requirement for ethical research is disputed by the drug companies and the US Food and Drug Administration. An important consideration is that placebo controlled trials can help to develop and test new but ineffective drugs. A new drug only needs to be slightly better than nothing (the placebo). But this paradigm emphasizes the marginal utility of a drug over nothing at all, when safer and more effective treatments are available. Importantly, vitamin supplements can provide an alternative, but they are less expensive and less profitable than drugs.

The clear irrationality of the claims of so-called evidence-based medicine is ignored. In this case, Hutchinson suggests that the utility of vitamin C is limited to preventing an acute form of scurvy in tiny doses. If you don’t get at least a little of the vitamin, you will get sick and may die a rather nasty death, as so many British sailors (limeys) did in the past. But they ignore data suggesting that heart disease, the current major killer, is a form of chronic scurvy. [3] Millions of people may be dying because they do not get enough vitamin C in their diet and do not supplement with adequate vitamin C and other essential nutrients. Despite this potential saving of life, corporate medicine would rather have you take statin drugs and remain conveniently and profitably sick.

Cochrane supports this ignorance. They know that politically-required answers involve selecting their data and ignoring reality. It is time the media did its job properly and became more critical of medical mumbo-jumbo.
Please Explain the “Proof “

The recent Martinez et al report illustrates a similar type of ignorance. [2] First, one wants to know the where the authors derived the term “proven harms”. In science, there is no such thing as proof. Science is induction. Thus we consider the increasing use of the term proof to be either ignorance or an attempt at authoritarian suppression of ideas. It seems beyond comprehension that the Journal of the National Cancer Institute can publish such nonsense as a paper claiming proof in the title. Then there is the odd use of the term “harms”. Recently the use of “harms” has crept into the medical literature because of the misuse of statistics. Apparently, in this case we are supposed to believe that dietary supplements of essential nutrients are “proven” to be so bad that they are dangerous and cause multiple harms.

Consider the statements in the paper’s abstract:

“Nutritional supplementation is now a multibillion-dollar industry, and about half of all US adults take supplements.”

Yes, but they are lower in cost than drugs sold by corporate medicine. In many cases people in the US are taking this preventative approach to avoid being bankrupted by mainstream medicine.

“Supplement use is fueled in part by the belief that nutritional supplements can ward off chronic disease, including cancer, although several expert committees and organizations have concluded that there is little to no scientific evidence that supplements reduce cancer risk.”

No scientific evidence – really? We can find lots – perhaps they should read the literature. Oh, yes: they mean that no studies based on so-called “evidence-based” medicine have shown benefits of vitamin supplements. The problem with this is that their source of data selectively excludes many positive studies of primary importance. Since when have expert committees and organizations been arbiters of scientific truth? The idea is so silly it hardly allows comment.

“To the contrary, there is now evidence that high doses of some supplements increase cancer risk. Despite this evidence, marketing claims by the supplement industry continue to imply anticancer benefits.”

As far as we are aware, there is no credible data that would convince a rational individual to avoid supplements because they would somehow be at higher risk of cancer. We have seen some absurd “evidence-based” claims but they do not provide the data required for an individual to make a rational decision.

The Martínez abstract then says:

“Insufficient government regulation of the marketing of dietary supplement products may continue to result in unsound advice to consumers.”

Apparently, corporate medicine will attempt to give unsound advice on the “proven harms” of supplements until they are unnecessarily banned.

“Both the scientific community and government regulators need to provide clear guidance to the public about the use of dietary supplements to lower cancer risk.”

This one we agree with. The public deserves to know that supplements of antioxidants and other essential nutrients may prevent cancer and many other types of chronic disease.
Subscribe to OMNS :

Posted in Vits, Mins and Supps and tagged vitamins
← How antioxidants workGilead Anti-Hep-C Treatment on the FDA Fast Track →