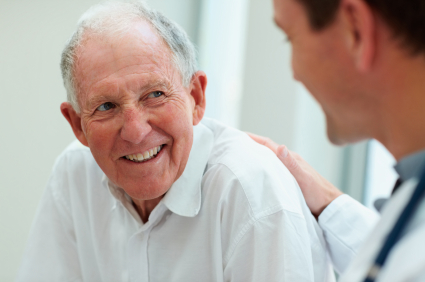 It has not yet been definitively established that nonalcoholic steatohepatitis can progress to hepatocellular carcinoma, but the evidence is mounting, Dr. Kohichiroh Yasui and colleagues reported in the May issue of Clinical Gastroenterology and Hepatology.

Case reports and case series, retrospective studies, and prospective studies have all suggested such a link, but most have examined only a small number of cases and have had limited duration of follow-up. Therefore, the incidence of hepatocellular carcinoma (HCC) among patients with nonalcoholic steatohepatitis (NASH), and the risk factors that may predispose patients with NASH to progress to HCC, are not yet clear.

Dr. Yasui and associates performed a cross-sectional study to characterize the features of NASH in 87 Japanese patients who went on to develop HCC. The investigators used data collected by the Japan NASH Study Group, which was begun in 2008 by the Ministry of Health, Labour, and Welfare of Japan to support research in liver disease.

Most of the study subjects were found to have HCC as they were being screened for the disease while attending one of 15 hepatology centers for evaluation of NASH. The screening included ultrasound and/or CT scanning of the liver and testing of serum alpha-fetoprotein levels.

One patient who showed less than 5% steatosis was diagnosed as having “burn-out” NASH, meaning that steatosis had been more severe earlier in the course of the disease but had disappeared as NASH progressed to cirrhosis. A previous liver biopsy had been performed in this patient before the development of HCC, and it had demonstrated the typical histologic features of NASH.

This case serves as a reminder that many instances of NASH-associated hepatocellular carcinoma may be missed because of this disappearance of the tell-tale sign of steatosis, the investigators noted.

In 49 patients, liver cancer was verified on hepatic resection, and in 21 it was verified by ultrasound-guided tumor biopsy. In the remaining 17 patients, it was diagnosed via dynamic CT or MRI. Noncancerous liver tissue was collected from all 87 patients so that background liver tissue at the time of cancer diagnosis could be assessed.

“Interestingly, male patients developed hepatocellular carcinoma at a less advanced stage of fibrosis than female patients, and the prevalence of cirrhosis was significantly lower in males (39%) than in females (70%),” the researchers noted. The reason for these discrepancies aren’t yet clear, but they show that screening for liver cancer is crucial not just in NASH patients who have advanced fibrosis but also in those with milder fibrosis, particularly if they are men.

The median tumor size was 3 cm in diameter, which is equal to or smaller than the typical size reported in the literature. Three-fourths of the patients had only one tumor. It is likely that malignancies were small and singular in these study subjects because in most cases the cancer was discovered relatively early, during screening.

Men with NASH had higher rates of liver cancer than did women, at a ratio approaching 2:1. The reasons for this sex-related difference may lie in differences in exposure to risk factors. “Men are more likely than women to be infected with hepatitis B and C viruses, consume alcohol, smoke cigarettes, and have increased iron stores,” Dr. Yasui and colleagues said. In addition, androgens are thought to play a role in the development of HCC.

“Consistent with the literature, more than half of our patients displayed obesity, diabetes, and hypertension. Obesity constitutes a significant risk factor for cancer mortality in general and is an increasingly recognized risk factor for hepatocellular carcinoma in particular,” they noted.

The exact mechanism by which NASH might predispose patients to liver cancer is not yet known. “Further prospective studies with a longer follow-up time and larger cohorts are needed to determine the causal association of NASH with hepatocellular carcinoma,” the investigators added.

This study was supported by the Ministry of Health, Labour, and Welfare of Japan. No conflicts of interest were reported.