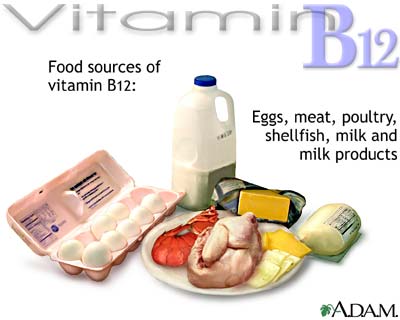 The new study, published online in the journal Gut, found that the effects of B12 were particularly strong in patients whose infections had become difficult to treat.

Previous research found that vitamin B12 may play a role in suppressing the disease, and researchers from the latest study wanted to see if adding the vitamin to standard treatment would make a difference in treating HCV.

Researchers assessed each participant’s body’s ability to clear the virus three times throughout the study, and found that while there was no difference between the two treatment approaches at week 4, there were significant differences in response at all the other assessment times.

The effects of vitamin B12 seemed to be significantly greater among patients who carried the particularly hard to treat type 1 strain and those with high levels of infection.

Stopping the infection is crucial. Between 60 to 80 percent of patients who contract the viral liver infection will go on to develop chronic hepatitis, and roughly a third of them will progress to cirrhosis and terminal liver disease, researchers said.

However, adding vitamin B12 to the therapy appeared to have strengthened the rate of sustained viral response by 34%, according to the study.

Researchers said that although the new generation of antiviral drugs shows promising results, the new drugs are costly and have the potential to make treatment even more difficult, with some experts also questioning their effectiveness.

Scientists concluded until there is clear evidence to indicate that the new generation antiviral therapies work, standard treatment plus vitamin B12 should be considered by health care providers as a safe and inexpensive alternative to treating the virus, especially for patients who carry a strain of the virus that is hard to treat.

“This strategy would be especially useful in those countries where, owing to limited economic means, the new generation antiviral therapies cannot be given in routine practice,” researchers wrote.

Posted in Hepatitis, Vits, Mins and Supps and tagged b12, hep c, hepatitis, vitamins
← Vitamin B12 Facts and FiguresVitamin B17 (also called Amygdalin or Laetrile) is Controversial →