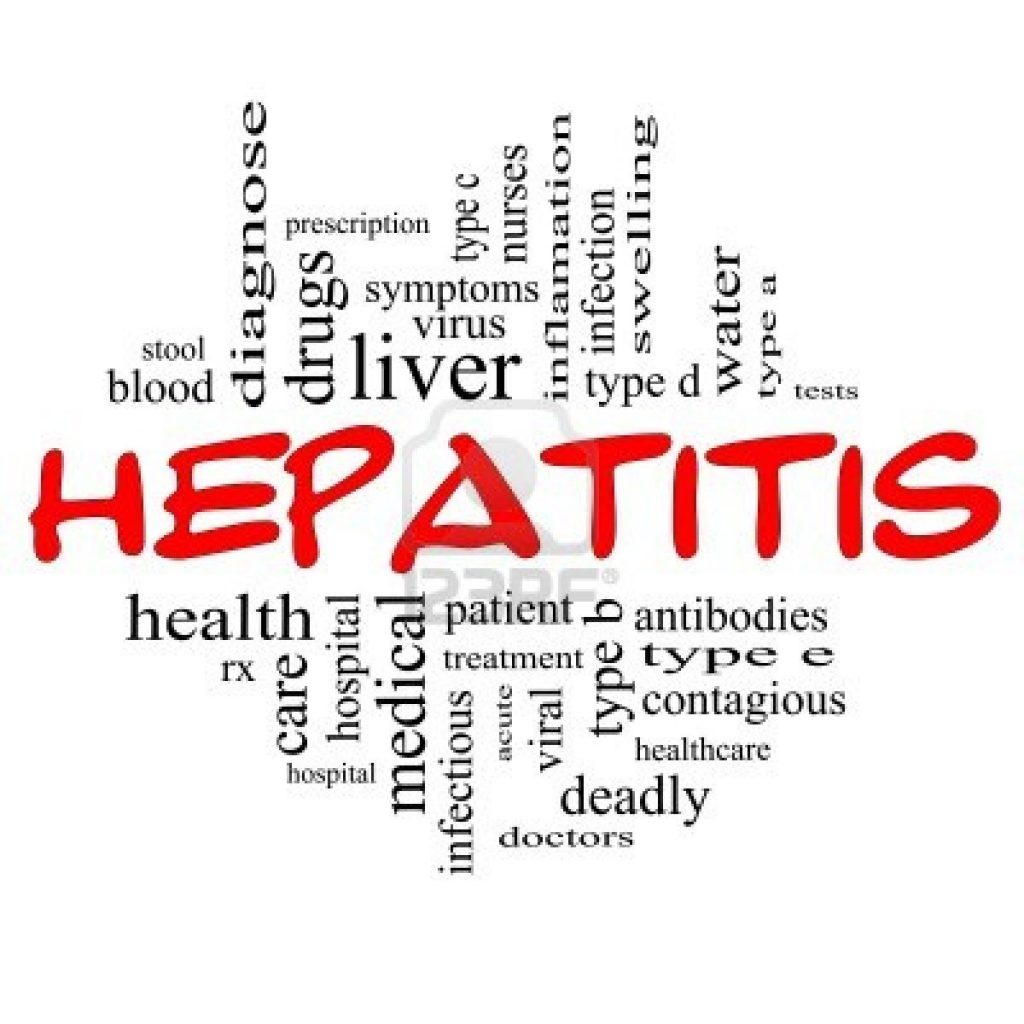 Regression of liver fibrosis and cirrhosis has been a main topic of research and discussion in the community of liver experts for decades. Scar formation in the liver has long been considered a unidirectional pathway and regression or reversibility of fibrosis has been perceived to be not much more than a myth. However, recent data have convincingly demonstrated the occurrence of fibrosis regression in a wide spectrum of chronic liver diseases, including viral, metabolic, autoimmune, and cholestatic diseases. Still, whether this holds true also for the extreme degree of fibrosis, namely, cirrhosis, is somewhat less clear, especially in patients with chronic hepatitis C, where the long-term histologic benefit of interferon (IFN)-based therapies is still debated.

To address this issue, Mallet et al studied 96 patients with chronic hepatitis C virus (HCV) infection and biopsy-proven cirrhosis (Child-Pugh class A) followed at a single hepatology unit, who underwent antiviral treatment with an IFN-based regimen and had at least 1 posttreatment liver biopsy.

The primary aim of the study was to evaluate the effect of regression of cirrhosis on a composite end point of liver-related complications (ascites, hepatic encephalopathy, variceal bleeding, spontaneous bacterial peritonitis, hepatocellular carcinoma HCC, liver transplantation), and death from liver-related causes. Regression of cirrhosis was defined as a decrease in the Metavir fibrosis staging system of at least 2 points, that is, from 4 Metavir fibrosis units (evidence of cirrhosis) to 2 units (evidence of few septa), on a posttreatment liver biopsy performed a median of 17 months after the end of antiviral treatment.

This cutoff was chosen to avoid a sampling error bias, which accounts for differences in staging score of at least 1 point in up to 20% of cases when liver biopsies are performed in both liver lobes (Am J Gastroenterol 2002;97:2614–2618). During a follow-up with laboratory tests, clinical evaluation, and ultrasonography for surveillance of HCC every 6 months for a median of 118 months, 39 (41%) patients achieved a sustained virologic response (SVR) to IFN-based therapies and remained persistently HCV RNA negative.

When analyzing the histologic outcome, 18 patients (19%) were classified as having cirrhosis regression since the Metavir staging score was F2 or less at the second liver biopsy, whereas 69 (72%) still had F4 Metavir stage and 9 (9%) had F3. Of the 18 patients with cirrhosis regression, 17 (94%) had had a SVR, and 1 patient had a biochemical response, defined as normal liver function tests and no detectable activity on liver biopsy, but persistence of HCV viremia.

In fact, although a significantly lower incidence of liver-related death or transplantation, ascites, and encephalopathy was observed in SVR patients compared with patients who did not achieve viral eradication, no benefit was shown in terms of development of HCC or variceal bleeding. Overall, 4 patients with a SVR (11%), developed a liver-related event, including variceal bleeding (1 patient) and HCC (3 patients). Interestingly, all 4 of these patients had serum anti-hepatitis B core antigen antibodies.

The authors conclude that in hepatitis C-related cirrhosis, sustained suppression of necroinflammation, more frequent in SVR patients than in non-SVR patients may result in regression of cirrhosis and a reduced risk of cirrhosis-related complications.

In Southern and Eastern Europe, hepatitis C was spread in the general population mainly through iatrogenic transmission of the virus, which peaked in the 1960s. In Northern Europe, where the virus has been predominantly spread by parenteral risk factors, the infection clusters primarily among injection drug users, HIV patients, prisoners, and immigrants from endemic regions (Semin Liver Dis 2000;20:1–16). Hepatitis C has also an important socioeconomic impact, because the most affected age groups are 25- to 45-year-olds followed by 15- to 24-year-olds (J Hepatol 2007;47:608–617).

The prognosis of chronic hepatitis C depends on the rate of fibrosis progression that, over a 20- to 30-year time span, may determine the risk of developing cirrhosis and its complications, namely HCC, liver decompensation, hepatic encephalopathy, and esophageal variceal bleeding (NIH Consens State Sci Statements 2002;19:1–46; Hepatology 2002;36suppl 1:S35–S46).

Despite the identification of several cofactors, such as viral coinfections and comorbidities, that accelerate the course of chronic hepatitis C (Gastroenterology 2008;134:1699–1714), the only therapeutic measure able to halt this progressive process is HCV eradication by IFN-based therapies. HCV clearance benefits both patients with chronic hepatitis C, by preventing the progression to cirrhosis (Gastroenterology 2002;122:1303–1313), as well as those with established cirrhosis, by effectively reducing the risk of liver-related complications (Hepatology 2007;45:579–587). Still, this risk is not completely negated, and liver-related complications will eventually occur in cirrhotic patients with a SVR, although at a lower rate compared with non-SVR patients.

The paper by Mallet et al adds nicely to these findings; it demonstrates that cirrhosis regression, more than SVR, is the main determinant of outcome in patients with chronic hepatitis C. In fact, patients with cirrhosis regression (94% of them had a SVR) did not develop any liver-related complication during a median follow-up of 123 months, in contrast with 4 SVR patients who did not have cirrhosis regression and did develop liver complications. Interestingly, as noted by the authors, all 4 of these patients had hepatitis B core antigen antibodies (anti-HBc), thus refreshing an old dispute about the potential negative role of occult HBV infection on the outcome of anti-HCV therapy (Lancet 1998;351:1535–1539; Ann Intern Med 2007;146:649–656).

However, whether occult HBV infection plays such a clinically important role in HCV patients is still unclear, whereas more convincing data exist that past exposure to hepatitis B virus can actually modify the natural history of chronic hepatitis C patients independently on anti-HCV therapy (J Hepatol 2008;49:652–657).

The paper by Mallet et al effectively questions us clinicians as to whether cirrhosis regression, rather than SVR, should be the goal of antiviral therapy in hepatitis C–infected patients with established cirrhosis. The evidence that cirrhosis actually does regress when SVR is achieved is mounting; since the pivotal study by Shiratori et al (Ann Intern Med 2000;132:517–524), at least 2 other studies have convincingly demonstrated cirrhosis regression after HCV eradication (Hepatology 2004;39:333–342;

Gastroenterology 2008;135:821–829). These findings are easier to digest now that we have established the essential mechanisms behind this phenomenon. Hepatic stellate cells activity and tissue inhibitors of matrix metalloproteinases have emerged as the key players in fibrosis production and degradation (Hepatology 2006;43suppl 1:S82–S88). Unfortunately, we still lack the ability to understand which patients with chronic hepatitis C will eventually revert to earlier stages of fibrosis.

In fact, only a minority (<40%) of SVR patients have documented fibrosis regression, probably because not all types of cirrhosis are prone to revert upon IFN therapy. In animal studies, factors such as collagen cross-linking by tissue transglutaminase, septal thickening, and progressive acellularity were associated with a reduced chance of reversible fibrosis (Gastroenterology 2004;126:1795–1808). These factors likely play a role in human disease, possibly reflecting a long-lasting hepatic inflammation (Nat Clin Pract Gastroenterol Hepatol 2007;4:236–237).

A recent study demonstrating overexpression of genes linked to fibrosis progression in pretreatment liver biopsy samples of nonresponders to IFN (Hepatology 2008;48suppl 1:A112) further suggests an interplay between the biology of hepatic fibrosis and efficacy of the current anti-HCV regimens. Interestingly, in the paper by Mallet et al, patients with cirrhosis regression were younger (median age, 43 vs 50 years) and with a higher platelet count at baseline (mean × 109 cells/L, 148 vs 137) than patients with persistent cirrhosis.

Even if the limited sample size prevented the identification of strong predictors of fibrosis regression, besides SVR, this relationship between patient age and degree of portal hypertension with reversibility of cirrhosis merits further attention because it suggests that a longer lasting disease complicated by portal hypertension may attenuate the benefits of IFN-based therapies in SVR patients. With this in mind, posttreatment liver biopsy may still be clinically useful in selected SVR patients, even though the optimal timing to perform the posttreatment liver biopsy has not been established.

In Mallet et al’s study, liver biopsies were performed an average of 17 months after end of treatment. Whether this time period is adequate for cirrhosis to revert in all patients is still unproven: 14 patients with an SVR actually did not have any liver-related event during follow-up; whether any of these patients experienced cirrhosis regression after liver biopsy could not be ascertained by the study.

Unfortunately, the study by Mallet et al, as most studies based on invasive liver procedures, is not completely bias free. Although liver biopsy is still the standard for fibrosis staging (J Hepatol 2009;50:1–3) it is universally acknowledged that a sampling error may lead to a misdiagnosis of cirrhosis in up to 30% of the specimens (Gastroenterology 2008;134:1670–1681; Hepatology 2006;44:874–880).

Moreover, in studies evaluating the natural history of chronic hepatitis C through paired liver biopsies, up to 14% of the patients had a spontaneous 2-point decrease in staging (Gastroenterology 2003;124:97–104; Gastroenterology 1999;116:378–386).

The lack of information regarding whether pre- and posttreatment liver biopsies were performed with the same type of needle further challenges the accuracy of liver staging of the patients evaluated by Mallet et al; a recent study in cirrhotic patients related fibrosis regression on the second liver biopsy to fragmentation of the first specimen, leading to a spurious diagnosis of cirrhosis at baseline (Am J Gastroenterol 2007;102:789–793).

Still, all these caveats notwithstanding, the paper by Mallet et al brilliantly shifts the focus from viral eradication to cirrhosis regression as the real surrogate marker of “cure” in HCV-related cirrhosis.

Unfortunately, owing to the small sample size, the study does not permit the identification of those biochemical or histologic variables that we would expect to correlate with a likelihood of cirrhosis regression.

In our opinion, future efforts should be aimed at validating these results externally and identifying noninvasive techniques (Gut 2006;55:403–408) or blood tests (Clin Chem 2006;52:1887–1896) that allow for the identification of patients with cirrhosis prone to fibrosis regression upon therapy. Equally interesting would be the search for noninvasive markers that might help to identify those cirrhotics who are more likely than others to develop esophageal varices and severe portal hypertension as a consequence of fibrosis progression, an aid to the management of cirrhotic patients that is currently missing (J Hepatol 2009;50:4–6).

In the wait for new markers to evaluate the prognosis of HCV-related cirrhosis, we think that the potential, albeit rare, complications that liver biopsy carries outweigh the economic benefits of stopping ultrasound and endoscopic surveillance in a minority of cirrhotic patients.