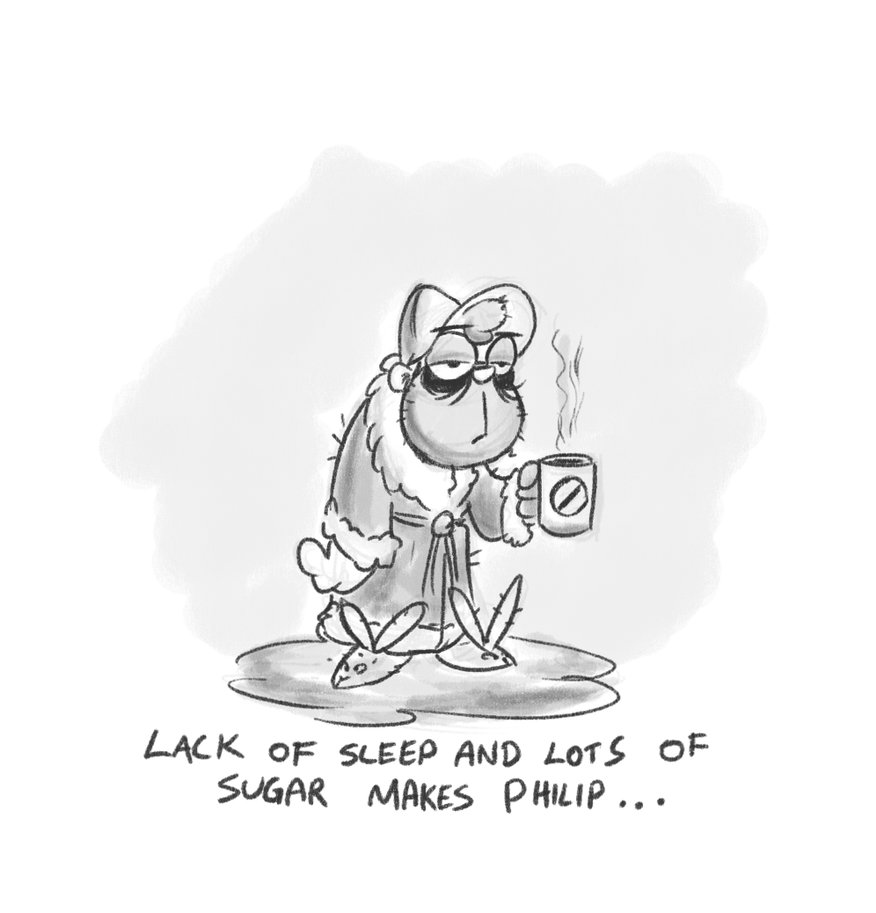 Why Sugar Makes Us Sleepy (And Protein Wakes Us Up)

John Updike, in his short story “Plumbing,” summarized human nature thusly: “We think we are what we think and see when in truth we are upright bags of tripe.” This is a tragic fact that we spend most our lives trying to forget. Although we like to imagine ourselves as the driver – our consciousness is in full control – that belief is a lovely illusion. In reality, we are mere passengers aboard the body, strapped to a fleshy engine that is driving us.

Consider the orexin system . Secreted by a small cluster of neurons in the hypothalamus, orexin is a neuropeptide that regulates an astonishing array of mental properties, from sleepiness to hunger. People with chronically low levels of orexin suffer from narcolepsy and obesity; many also have cataplexy, which occurs when the experience of strong emotions triggers a sudden weakening of skeletal muscles. (Laughter makes them go limp.) Studies have shown that injecting mice with orexin increases metabolism, largely because it makes the animals more active. The reverse is also true: low levels of orexin make people feel rundown and tired. This helps explain the mechanics of sleep deprivation, as keeping monkeys awake for extended periods all but silences their orexin cells. (However, studies show that the exhaustion can be quickly cured with an injection of the peptide.) In many respects, orexin acts like an internal gas pedal, as even slight twitches in the system can dramatically shift levels of activity.

The reason the orexin system is so important is that it links the needs of the body to the desires of the mind. Several studies have demonstrated that the intake of sugar can decrease the activity of orexin cells, which is probably why we want to nap after a carb heavy lunch. This phenomenon also begins to explain the downward spiral of obesity triggered by our warped modern diet. Because we eat lots of refined sugars, washing down Twinkies with cans of Coke, we continually reduce levels of orexin in the brain, which then reduces levels of physical activity. In other words, we get fat and sleepy simultaneously.

However, not every food has such perverse consequences. It’s long been recognized that meals high in protein are both more filling and less exhausting, which is why we’re always being told to snack on almonds and follow the Zone Diet, with its balance of carbs, protein and fat. (This study , for instance, found that protein rich breakfasts significantly improved cognitive performance.) Although the biological mechanism behind this dietary wisdom has always been unclear, that’s beginning to change – we finally understand why consuming protein can be an effective weight loss tool. The answer returns us to orexin.

According to a new paper in Neuron led by scientists at the University of Cambridge, consuming foods high in protein can increase the activity of orexin neurons. This, in turn, leads to increased wakefullness and bodily activity, helping us burn off the calories we just consumed. Furthermore, eating protein in conjunction with glucose – adding almonds to Frosted Flakes, in other words – can inhibit the inhibitory effects of sugar on orexin. The sweetness no longer makes us tired.

The researchers demonstrated this effect in a number of ways. They began in situ, showing that clumps of orexin cells in a petri dish got excited when immersed in a solution of amino acids. (Neighboring cells in the hypothalamus revealed no such effect.) Then, they moved on to in vivo experiments, studying the impact of an egg white slurry of live animals. This protein meal not only increased orexin activity in the brain, but also led to a dramatic surge in locomotor activity, as the animals began scurrying around their cage. The effect persisted for several hours.

The last sequence of experiments explored the impact of different nutrient combinations on the orexin system. Although the scientists assumed that the inhibitory presence of glucose would more than compensate for the excitatory influence of protein, that hypothesis turned out be incorrect. Instead, consuming even a little protein canceled out the curse of sugar, especially when the foods were consumed simultaneously. (When the animals ate protein first, and then swallowed a chaser of glucose, orexin neurons still showed a decrease in activity. So make sure your dessert has some protein in it.)

The importance of this research is that it reveals how the details of a meal – and not just the sheer amount of energy consumed – can dramatically influence the response of the body and brain. Not all calories are created equal; our mental gas pedals are controlled by factors we’re only beginning to comprehend. As Updike surmised, we really are just big bags of tripe, seeking sustenance.

These experiments also document, at a biochemical level, why the modern American diet is such a catastrophic mess. The typical supermarket is filled with processed foods where the only relevant “nutrient” is some form of sweetener. (So-called “added sugars” – they are injected into food during manufacturing – now account for 16 percent of total caloric consumption. That’s 21.4 teaspoons of sugar and corn syrup every day.) While such snacks are unfailingly cheap and tasty, they also lead to sudden spikes in blood sugar and a reduction in orexin activity. We eat them for the energy boost, but the empty calories in these foods make us tired and sad instead. (There’s some suggestive evidence that chronically low levels of orexin can increase the likelihood of depression.) And so we keep on swilling glucose, searching for a pick-me-up in all the wrong places.

This time I mean it: I’m going to start snacking on almonds.

Jonah Lehrer is a contributing editor at Wired and the author of How We Decide and Proust Was a Neuroscientist . He’s also contributed to the New Yorker, the NY Times Magazine and WNYC’s Radiolab.
Follow @jonahlehrer on Twitter.

Posted in Diet and tagged diet, protein, sugar
← Why Do We Like the Taste Of Protein?Why Whey for Hepatitis? →