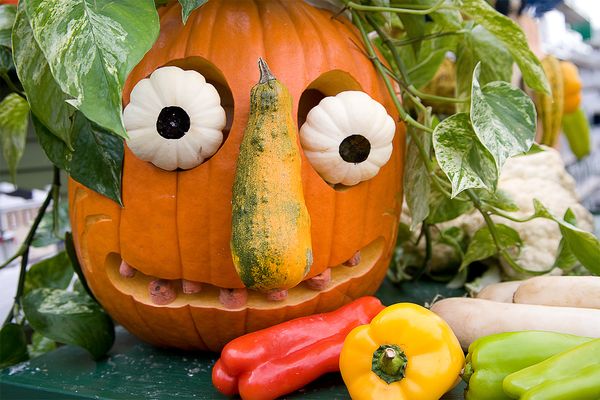 Is it healthier to eat raw veggies or to cook them? Is fresh broccoli more nutritious than frozen? Is eating iceberg lettuce a waste of time?

You may be surprised by the answers to these seemingly simple questions. In fact, there are several misconceptions when it comes to vegetables. The one universal truth is that most of us could be eating more of them.

As summer approaches, we have more vegetable choices than at any other time of year. Here’s a guide to what’s fact and what’s fiction when it comes to eating your veggies.

Fact: Studies show that sometimes you can get more nutrients from frozen veggies, depending on variety and how old the vegetables at your supermarket are. That’s because produce starts losing nutrient quality as soon as it’s picked.

Frozen vegetables are flash-frozen right after harvest so they are preserved at their peak of freshness when they are most nutritious. Your best bet in terms of taste, nutrition, and the environment is still local in-season produce.  When that’s not an option frozen can be a better choice (from a nutrient standpoint) than spinach that takes two weeks to reach your table.

Fact: It depends on the vegetable. “Cooking destroys some nutrients, but it releases others,” says Marion Nestle, author of What to Eat. It destroys vitamin C and folic acid, according to Nestle, which is why it’s not a great idea to cook oranges.

On the other hand, she says, cooking releases vitamin A and the nutrients in fiber and makes them easier to digest. It’s also easier for your body to absorb more lycopene, a cancer-fighting antioxidant, in cooked tomato sauce than from raw tomatoes.

Steam or roast veggies instead of boiling, which leaches out water-soluble vitamins into the cooking water.

Fact: Iceberg lettuce is mostly water so it’s hardly loaded with vitamins, but a large head does contain small amounts of protein, fiber, vitamins, and minerals.

You’ll get more nutrients from other greens that have less water such as romaine or butterhead lettuce, but contrary to popular belief, iceberg lettuce does have some nutritional value.

Fact: It’s certainly true that local produce can be good for your budget. This is especially true during the peak of harvest when farmers need to get rid of an abundant crop and there is a lot of competition.

However, there are no guarantees. Local food “is not in any way subsidized so you are paying the real cost of producing the food, and the economies of scale are not there,” says Nestle.

Some tips for finding the best deals at your local farmers’ market: Shop at the end of the day when farmers are likely to mark down their prices in order to get rid of their inventory. (Go early in the day if selection is more important than price.) Ask your farmer for a volume discount if he or she doesn’t already offer one. Take advantage of special deals on bruised or overripe veggies. Prices vary from farmer to farmer so shop around before buying.

Fact: Potatoes are virtually fat-free and low in calories. These delicious and inexpensive root vegetables contain a healthy dose of fiber, which can actually make you feel satisfied for longer and help you lose weight.

It’s not the potatoes themselves that make you fat. It’s how you cook them and what you slather on your spuds that can cause you to pack on the pounds.

Fact: They’re not nearly as clean as you may think. Consumer Reports tests found bacteria that are “common indicators of poor sanitation and fecal contamination” in 39 percent of the 208 packages of salad greens it tested. It didn’t find E. coli 0157:H7, listeria, or other disease-causing bacteria in its samples.

But it’s still a good idea to give greens a good rinse to remove residual soil before eating even if the bag says they’re “pre-washed” or “triple-washed.”

Myth: Farmer’s markets only have organics

Fact: Just because a vegetable (or anything for that matter) is sold at a farmers’ market does not mean that it’s organic.  It still must be certified organic by the U.S. Department of Agriculture for a guarantee that it was grown without synthetic fertilizers and pesticides.

Some farmers will say they are in the process of getting certified, they grow crops without synthetic chemicals but can’t afford the certification process, or they only use chemicals when they have no choice and don’t use them when it’s close to harvest time.  It’s your call on whether you trust that farmer.