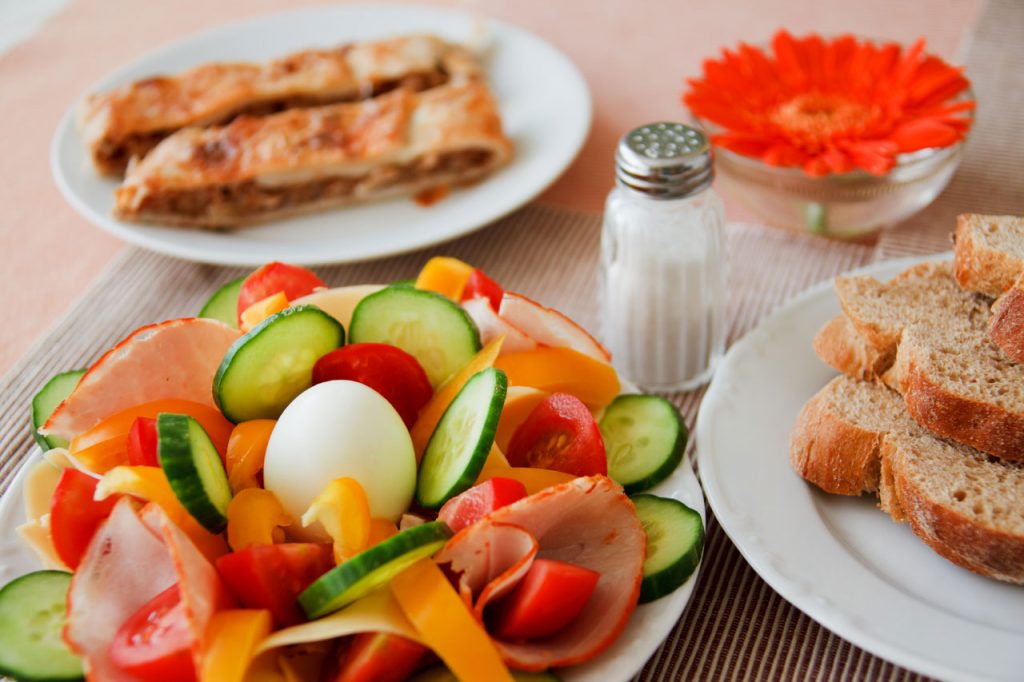 Breakfast Counts Towards Your Liver’s Health

In addition to providing steady energy levels throughout the day, find out why eating the right foods in the morning may prevent or reverse fatty liver disease.

Fatty liver disease is steadily climbing as one of today’s premiere health threats. Because a fatty liver can lead to severe illness, health advocates are continually seeking protection strategies against this growing problem. Widely known as a requisite for children to do well in school, research shows that eating the right kind of breakfast also helps prevent fatty liver disease.

About a Fatty Liver

Referring to excessive accumulation of fat in the liver cells, a fatty liver causes abnormal liver tests, inflammation and possible permanent liver damage. Aside from fatigue or a dull pain in the upper right side of the abdomen, the early stages of fatty liver disease usually do not produce any symptoms. Luckily, a fatty liver that is detected in its early stages can be reversed; however, the more advanced stage can have permanent or even lethal consequences.

1.    Mild fatty liver disease – Known as steatosis, this is considered to be a reversible condition denoted by excessive fat in the liver without accompanying inflammation.

2.    Advanced fatty liver disease – Known as steatohepatitis, this stage involves excessive fat in the liver that is accompanied by inflammation. The inflammation can lead to scarring of the liver, cirrhosis (permanent liver hardening and scarring) or even liver cancer.

Thankfully, vigilance in choosing the right foods can help improve the later stage of fatty liver disease. As published in a May 2005 edition of The American Journal of Gastroenterology, American researchers investigated the effects of intense dietary intervention on the more advanced form of fatty liver disease, steatohepatitis. As confirmed by liver biopsy, the researchers found that 60 percent of patients who successfully completed one year of dietary guidance had improvements in their liver’s health.

The Most Important Daily Meal

Typically regarded as the most important meal of the day, there is plenty of scientific evidence to support regular breakfast consumption. Some of the health benefits reported from a eating a nutritious breakfast, include:

•    Lower levels of fat accumulation in the liver

With such a wide range of positive health effects, breakfast has certainly earned the title of the day’s most important meal. However, benefiting from the first meal of the day also depends on exactly what is consumed. The key to potentially reversing fatty liver disease is choosing breakfast foods with a low glycemic index (GI).

The glycemic index indicates the ability of different types of carbohydrate-containing foods to raise the blood glucose levels. Foods containing carbohydrates that break down most quickly during digestion have the highest glycemic index. Glucose is absorbed into the bloodstream faster than any other carbohydrate, and is thus given the GI value of 100.

Spurring their research, scientists from Children’s Hospital in Boston surmised that many common breakfast foods raise the risk of advancing fatty liver disease. The foods most implicated with having a high GI, include white bread, white rice and highly-processed breakfast cereals.

•    As reported in the journal Obesity, those on a high GI diet had twice the normal amount of fat in their bodies, blood and livers. Experts believe that the sharp rise in sugar levels associated with eating high GI foods drives up the production of insulin, which tells the body to make and store fat.

•    As reported in the Journal of Nutrition, British researchers found that fat oxidation increased significantly during a 60-minute walk when female participants consumed low glycemic index carbohydrates for breakfast.

Unfortunately, the packaging on common breakfast foods typically don’t indicate if they have a high or low GI. The following suggestions are intended to help get you and your liver in shape with low GI morning meals:

•    Toast made from pumpernickel bread or 100 percent stone-ground wheat bread – not white bread or white bagels.

Making a conscious effort to eat a nutritious, low glycemic index breakfast each and every morning is the best way to start off the day. Besides improving energy levels, keeping your mind sharp, enhancing your ability to burn fat and minimizing your body’s production of insulin, a low GI breakfast may help prevent or even reverse fatty liver disease.