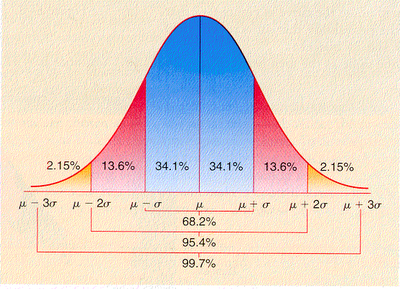 A number of pitfalls can be encountered in the interpretation of common blood liver function tests. These tests can be normal in patients with chronic hepatitis or cirrhosis. The normal range for aminotransferase levels is slightly higher in males, nonwhites and obese persons. Severe alcoholic hepatitis is sometimes confused with cholecystitis or cholangitis. Conversely, patients who present soon after passing common bile duct stones can be misdiagnosed with acute hepatitis because aminotransferase levels often rise immediately, but alkaline phosphatase and γ-glutamyltransferase levels do not become elevated for several days. Asymptomatic patients with isolated, mild elevation of either the unconjugated bilirubin or the γ-glutamyltransferase value usually do not have liver disease and generally do not require extensive evaluation. Overall hepatic function can be assessed by applying the values for albumin, bilirubin and prothrombin time in the modified Child-Turcotte grading system.

Abnormal LFTs often, but not always, indicate that something is wrong with the liver, and they can provide clues to the nature of the problem. However, normal LFTs do not always mean that the liver is normal. Patients with cirrhosis and bleeding esophageal varices can have normal LFTs. Of the routine LFTs, only serum albumin, bilirubin and prothrombin time (PT) provide useful information on how well the liver is functioning.

The general subject of LFTs1,2 and the differential diagnosis of abnormal LFTs in asymptomatic patients3–5  have been well reviewed. This article discusses some common pitfalls in the interpretation of LFTs. Hints for interpreting these tests are presented in Table 1.

ALT value could be normal for gender, ethnicity or body mass index.

Laboratory values can appear cholestatic, and symptoms can mimic cholecystitis.

AST level greater than 500 U per L

The AST elevation is unlikely to result from alcohol intake alone.

AST and ALT become elevated immediately, but elevation of AP and GGT is delayed.

This situation may be induced by alcohol and aromatic medications, usually with no actual liver disease.

Low albumin is most often caused by acute or chronic inflammation, urinary loss, severe malnutrition or liver disease; it is sometimes caused by gastrointestinal loss (e.g., colitis or some uncommon small bowel disease).

Normal values are lower in pregnancy.

Blood ammonia values are not necessarily elevated in patients with hepatic encephalopathy.

Determination of blood ammonia levels is most useful in patients with altered mental status of new onset or unknown origin.

Hepatocyte necrosis in acute hepatitis, toxic injury or ischemic injury results in the leakage of enzymes into the circulation. However, in chronic liver diseases such as hepatitis C and cirrhosis, the serum ALT level correlates only moderately well with liver inflammation. In hepatitis C, liver cell death occurs by apoptosis (programmed cell death) as well as by necrosis. Hepatocytes dying by apoptosis presumably synthesize less AST and ALT as they wither away. This probably explains why at least one third of patients infected with hepatitis C virus have persistently normal serum ALT levels despite the presence of inflammation on liver biopsy.6,7 Patients with cirrhosis often have normal or only slightly elevated serum AST and ALT levels. Thus, AST and ALT lack some sensitivity in detecting chronic liver injury. Of course, AST and ALT levels tend to be higher in cirrhotic patients with continuing inflammation or necrosis than in those without continuing liver injury.

As markers of hepatocellular injury, AST and ALT also lack some specificity because they are found in skeletal muscle. Levels of these aminotransferases can rise to several times normal after severe muscular exertion or other muscle injury, as in polymyositis,8 or in the presence of hypothyroidism, which can cause mild muscle injury and the release of aminotransferases. In fact, AST and ALT were once used in the diagnosis of myocardial infarction.

Slight AST or ALT elevations (within 1.5 times the upper limits of normal) do not necessarily indicate liver disease. Part of this ambiguity has to do with the fact that unlike the values in many other biochemical tests, serum AST and ALT levels do not follow a normal bell-shaped distribution in the population.9 Instead, AST and ALT values have a skewed distribution characterized by a long “tail” at the high end of the scale (Figure 1).5 For example, the mean values for ALT are very similar from one population to another, but the degree to which the distribution is skewed varies by gender and ethnicity. The ALT distributions in males and nonwhites (i.e., blacks and Hispanics) tend to have a larger tail at the high end, so that more values fall above the upper limits of normal set for the average population.10,11

AST and ALT values are higher in obese patients, probably because these persons commonly have fatty livers.12 ALT levels have been noted to decline with weight loss.13 Depending on the physician’s point of view, the upper limits of normal for AST and ALT levels could be set higher for more obese persons.

Rare individuals have chronically elevated AST levels because of a defect in clearance of the enzyme from the circulation.14 For both AST and ALT, the average values and upper limits of normal in patients undergoing renal dialysis are about one half of those found in the general population.15  Mild elevations of ALT or AST in asymptomatic patients can be evaluated efficiently by considering alcohol abuse, hepatitis B, hepatitis C and several other possible diagnoses (Table 2).5

Causes of Elevated ALT or AST Values in Asymptomatic Patients*

*—The differential diagnosis of elevated aminotransferase values is presented as a mnemonic, with the disorders not necessarily listed in the order of incidence or importance. Alcohol, hepatitis B and hepatitis C account for more than three fourths of all cases of cirrhosis.