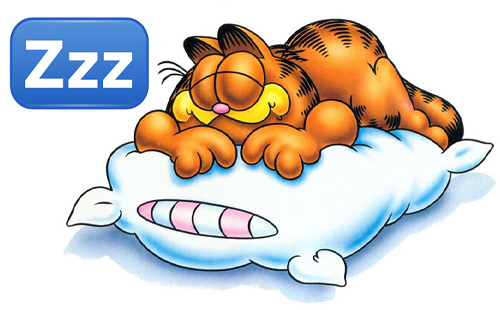 In the course of her long life, Katherine Closson traveled, taught school, rebuilt aircraft engines and helped start a stock brokerage firm, but until two years ago, Closson, then 98, had never participated in a scientific study.

That’s when researchers from the Lighting Research Center at Rensselaer Polytechnic Institute (RPI) came to her assisted living facility in Troy, N.Y., outfitted her lamps with bright, bluish-white bulbs and placed them on timers for daytime lighting.

They wanted to see whether light of a particular intensity and color might help synchronize the residents’ circadian rhythms—the internal clock our bodies use to manage everything from our sleep-wake cycles to our digestive and cardiovascular systems.

“I loved the blue light,” says Closson, who wore a wrist monitor that measured how soundly she slept during the study. “All the bulbs in my room now are blue.”

The small study, conducted by Mariana Figueiro, an assistant professor at RPI and a program director with the center, was part of ongoing research into whether targeted light therapy can alleviate sleep problems in older people and Alzheimer’s patients without the use of drugs.

The research has shown that subjects like Closson sleep more soundly for as much as 90 percent of the night, after receiving regular light stimulation.

“It was incredible,” Figueiro says of the study subjects. “They said, ‘For the first time in years I was able to sleep through the night.’ ”

Scientists have known for years that the body’s internal clock requires regular stimulation by natural light to help keep it in sync with the rising and setting sun. But in older people, changes in the eye prevent sufficient amounts of the optimal blue wavelengths of light from reaching the retina.

“They don’t get enough light to maintain the synchronization between the solar day and their internal clock,” Figueiro says. That may explain why between 40 and 70 percent of people over the age of 65 report chronic sleep problems, according to an earlier study.

The promise of a good night’s sleep is but one outgrowth of new research into the body’s circadian rhythms. Chronically disrupted circadian cycles are believed to contribute to obesity, diabetes, depression, heart disease and even cancer. Now, as scientists gain a deeper understanding of how the system functions on a molecular level, they hope to develop drugs to reset the body’s rhythms and optimize health.

Paolo Sassone-Corsi, a molecular biologist at the University of California, Irvine, recently published a groundbreaking study showing that a cellular protein called SIRT1, which is known to slow aging and improve metabolic efficiency, interacts with another protein called CLOCK, which regulates the body’s circadian rhythm.

How to set the body’s clocks

“We found the molecular link between the clock and the aging machinery in the cell,” says Sassone-Corsi. “Conceptually, it’s a completely novel thing.” His discovery opens the door to using new compounds that mimic the effects of resveratrol, a natural substance found in red wine that activates SIRT1, to help regulate the circadian system. It also implies that other factors that influence our metabolism—such as diet—may affect our daily rhythms.

Our internal timekeeping system really consists of multiple clocks—a master clock in the brain synchronizes clocks found in tissues throughout our body. The daily cycle of light and darkness registers with cells in our retina to stimulate the release of melatonin, which helps us sleep soundly, Sassone-Corsi says.

In young people melatonin spikes at much higher levels than in older people, which may help explain why we tend not to sleep as soundly as we age, he explains.

The tide of enzymes and hormones produced in our body surges and subsides throughout the day in rhythm with these molecular signals. Because our internal rhythm runs on a cycle that is slightly longer than the solar day, the master clock is like an orchestra conductor, prompting the entire body to stay in step with the 24-hour solar cycle.

Modern life, with artificial lighting that permits people to work or play all night long, makes it harder to maintain healthy circadian cycles. But people disrupt these rhythms at their peril, Sassone-Corsi says. Women who regularly work night shifts, like nurses, “have something like three to four times more chance to get breast cancer,” he observes.

Mariana Figueiro likes to say that people are natural “blue sky detectors.” We need a certain level of daylight, ideally soon after sunrise, to stay in sync, she says. The light needed to stimulate our circadian rhythms is more intense than that required for vision, which is why it is important to be outdoors.

“The circadian system is looking at the contrast between dark and light,” she says. The best light to stimulate the system during the daytime is in the blue wavelengths with at least an hour of exposure per day.

Seeing the light of day

But for older people, in addition to physiological changes, “you have behavioral change,” Figueiro says. “Older people don’t go out as often. They tend to stay indoors.” While taking a daily morning walk is ideal, an alternative is to improve indoor lighting. “It’s important to have higher lighting levels—bluish-white daytime lighting and a lower, warmer, incandescent spectrum at night,” she says.

Blue light at the right time of day—around sunrise—suppresses melatonin and tells the body it is daytime, Figueiro says, and the light should be at least eight times more intense than the lighting typically found in nursing homes. People should avoid blue light in the evening, when the body is supposed to be making more melatonin in preparation for sleep.

Figueiro is also conducting preliminary studies using light to help people with early-onset Alzheimer’s disease, which is frequently characterized by fragmented sleep. “It’s one of the biggest reasons they’re institutionalized,” she says.

As for Katherine Closson, she admits that she doesn’t get outdoors as often she used to since developing a hip infection a couple of years ago. But she has kept the bright blue-white bulbs she was given for the circadian study. “I’m as happy as a lark,” she says.

Michael Haederle is a freelance writer whose work has appeared in People, the New York Times and the Los Angeles Times.