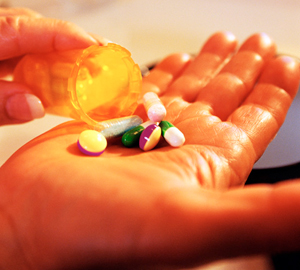 Treating chronic hepatitis C infection with antiviral drugs could halve the risk of developing the most common form of liver cancer, in some cases, indicates an analysis of the published research in one of the new BMJ Open Editions.*

Hepatocellular carcinoma is the most common form of liver cancer worldwide, accounting for 90 per cent of all primary cases of the disease. Cirrhosis of the liver and hepatitis C infection are among the most important risk factors.

The authors reviewed the published evidence on the use of antiviral therapy—interferon or pegylated interferon, or ribavirin, or a combination—in people with chronic hepatitis C infection, to assess its impact, and to see if the level of viral clearance, prompted by the treatment, made any difference.

In some people, antiviral treatment helps the body clear the virus; in others an initial response is followed by a relapse a few months later. If treatment succeeds in keeping the virus at bay for 6 months, the chances of relapse are miniscule.

The authors reviewed the data from 8 comparative treatment trials of those whose hepatitis C infection had resulted in chronic inflammation and fibrosis (gristle) or cirrhosis (scarring and limited working capacity) of the liver.

And they also included data from 5 prospective cohort studies, which regularly monitor similar groups of people over the long term to see what happens to them.

In all, more than 3200 people were included in the analysis. Their treatment, which was predominantly interferon, lasted between 6 months and a year, and they were monitored for periods of between 5 and 8 years.

In the trials, a total of 1156 people were treated with antiviral therapy, 81 of whom developed liver cancer; and 1174 were not, 129 of whom developed the disease—equivalent to a reduction in risk of 47 per cent.

The observational (cohort) study data also showed that antiviral therapy curbed the risk of liver cancer by around 70 per cent compared with those not given the treatment.

The authors caution that the length of monitoring and the lack of information on death rates could mean that treatment with interferon may simply delay, rather than prevent, liver cancer in infected patients.

But they point out that standard treatment now consists of interferon plus ribavirin, which is deemed more effective, and that the infection tends to be picked up earlier before it has had time to do wreak long term damage.
Source: BMJ-British Medical Journal