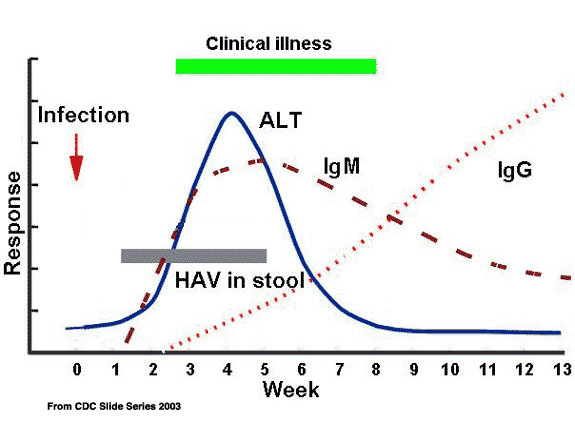 An initial step in detecting liver damage is a simple blood test to determine the presence of certain liver enzymes in the blood. Under normal circumstances, these enzymes reside within the cells of the liver. But when the liver is injured for any reason, these enzymes are spilled into the blood stream. Enzymes are proteins that are present throughout the body, each with a unique function. Enzymes help to speed up (catalyze) routine and necessary chemical reactions in the body.

What are the aminotransferases?

The aminotransferases catalyze chemical reactions in the cells in which an amino group (amino acids are building blocks of proteins) is transferred from a donor molecule to a recipient molecule. Hence, the names “aminotransferases.”

Medical terms can sometimes be confusing, as is the case with these enzymes. Another name for aminotransferase is transaminase.

Normally, where are the aminotransferases?

AST (SGOT) is normally found in a diversity of tissues including liver, heart, muscle, kidney, and brain. It is released into serum when any one of these tissues is damaged. For example, its level in serum rises with heart attacks and with muscle disorders. It is therefore, not a highly specific indicator of liver injury.

ALT (SGPT) is, by contrast, normally found largely in the liver. This is not to say that it is exclusively located in liver, but that is where it is most concentrated. It is released into the bloodstream as the result of liver injury. It therefore serves as a fairly specific indicator of liver status.

What are normal levels of AST and ALT?

The normal range of values for AST (SGOT) is from 5 to 40 units per liter of serum (the liquid part of the blood).

The normal range of values for ALT (SGPT) is from 7 to 56 units per liter of serum.

What do elevated AST and ALT mean?

AST (SGOT) and ALT (SGPT) are sensitive indicators of liver damage or injury from different types of disease. But it must be emphasized that higher-than-normal levels of these liver enzymes should not be automatically equated with liver disease. They may mean liver problems or they may not. For example, elevations of these enzymes can occur with muscle damage. The interpretation of elevated AST and ALT levels depends upon the entire clinical evaluation of a patient, and so it is best done by doctors experienced in evaluating liver disease.

The precise levels of these enzymes do not correlate well with the extent of liver damage or the prognosis (outlook). Thus, the exact levels of AST (SGOT) and ALT (SGPT) cannot be used to determine the degree of liver disease or predict the future. For example, patients with acute viral hepatitis A may develop very high AST and ALT levels (sometimes in the thousands of units/liter range). But most patients with acute viral hepatitis A recover fully without residual liver disease. For a contrasting example, patients with chronic hepatitis C infection typically have only a little elevation in their AST and ALT levels. Some of these patients may have quietly developed chronic liver disease such as chronic hepatitis and cirrhosis (advanced scarring of the liver).

It is, therefore, worth mentioning that these liver enzymes do not give an indication of the function of the liver. Sometimes they are mistakenly referred to as “liver function tests” or LFTs, but it is a misnomer commonly used.

The highest levels of AST and ALT are found with disorders that cause the death of numerous liver cells (extensive hepatic necrosis). This occurs in such conditions as:

acute viral hepatitis A or B,

pronounced liver damage inflicted by toxins as from an overdose of acetaminophen (brand-name Tylenol), and

prolonged collapse of the circulatory system (shock) when the liver is deprived of fresh blood bringing oxygen and nutrients.

AST and ALT serum levels in these situations can range anywhere from ten times the upper limits of normal to thousands of units/liter.

Mild to moderate elevations of the liver enzymes are commonplace. They are often unexpectedly encountered on routine blood screening tests in otherwise healthy individuals. The AST and ALT levels in such cases are usually between twice the upper limits of normal and several hundred units/liter.

What medications cause abnormal aminotransferase levels?

A host of medications can cause abnormal liver enzymes levels.

Anti-seizure medications such as:

Cholesterol lowering drugs such as:

Cardiovascular drugs such as:

Anti-depressant drugs of the tricyclic type

With drug-induced liver enzyme abnormalities, the enzymes usually normalize weeks to months after stopping the medications.

What are less common causes of abnormal aminotransferase levels?

Hemachromatosis is a genetic (inherited) disorder in which there is excessive absorption of dietary iron leading to accumulation of iron in the liver with resultant inflammation and scarring of the liver.

Wilson’s disease is an inherited disorder with excessive accumulation of copper in diverse tissues including the liver and the brain. Copper in liver can lead to chronic liver inflammation, while copper in brain can cause psychiatric and motor disturbances.

Alpha-1-antitrypsin deficiency is an inherited disorder in which the lack of a glycoprotein (carbohydrate-protein complex) called alpha-1-antitrypsin lead to chronic lung disease (emphysema) and to liver disease.

Autoimmune hepatitis results from liver injury brought about by the body’s own antibodies and defense systems attacking the liver.

Celiac sprue is a small intestinal illness where a patient has allergy to gluten and develops gas, bloating, diarrhea, and in advanced cases malnutrition. Patients’ with celiac sprue can also develop mildly abnormal ALT and AST levels.

Rarely, abnormal liver enzymes can be a sign of cancer in the liver. Cancer arising from liver cells is called hepatocellular carcinoma or hepatoma. Cancers spreading to the liver from other organs (such as colon, pancreas, stomach, etc) are called metastatic malignancies.

How are healthy people evaluated for mild to moderate rises in aminotransferase levels?

Evaluation of healthy patients with abnormal liver enzymes needs to be individualized. A doctor may ask for blood test data from old records for comparison. If no old records are available, the doctor may repeat blood tests in weeks to months to see whether these abnormalities persist. The doctor will search for risk factors for hepatitis B and C, including sexual exposures, history of blood transfusions, injectable drug use, and occupational exposure to blood products. A family history of liver disease may raise the possibility of inherited diseases such as hemachromatosis, Wilson’s disease, or alpha-1- antitrypsin deficiency.

A complete list of routine medications including over-the-counter medications needs to be reviewed as well. A complete physical examination by the doctor is another important part of the evaluation of abnormal liver tests.

If abnormal liver enzymes persist despite abstinence from alcohol, weight reduction, and stopping certain suspected drugs, blood tests can be performed to help diagnose treatable liver diseases. The blood can be tested for the presence of hepatitis B and C virus and their related antibodies. Blood levels of iron, iron saturation, and ferritin (another measure of the amount of iron stored in the body) are usually elevated in patients with hemachromatosis. Blood levels of a substance called ceruloplasmin are usually decreased inpatients with Wilson’s disease. Blood levels of certain antibodies (anti- nuclear antibody or ANA, anti-smooth muscle antibody, and anti-liver and kidney microsome antibody) are elevated in patients with autoimmune hepatitis.

Ultrasound and CAT scan of the abdomen are sometimes used to exclude tumors in the liver or other conditions such as gallstones or tumors obstructing the ducts that drain the liver.

Liver biopsy is a procedure where a needle is inserted through the skin over the right upper abdomen to obtain a thin strand of liver tissue to be examined under a microscope. The procedure is oftentimes performed after ultrasound study has located the liver. Not everybody with abnormal liver enzymes needs a liver biopsy. The doctor will usually recommend this procedure if:

the information obtained from the liver biopsy will likely be helpful in planning treatment, the doctor needs to know the extent and severity of liver inflammation/damage, to evaluate the effectiveness of treatment, or no obvious cause of elevated liver tests has been found despite thorough investigation.

How about monitoring aminotransferase levels?

What is usually most helpful is serial testing of AST (SGOT) and ALT (SGPT) over time to determine whether the levels are increasing, remaining stable, or decreasing. For example, patients undergoing treatment for chronic hepatitis C should be monitored with serial liver enzyme tests. Those responding to treatment will experience lowering of liver enzyme levels to normal or near normal levels. Those who develop relapse of hepatitis C after completion of treatment will usually develop abnormal liver enzyme levels again.

What about other liver enzymes?

Aside from AST and ALT, there are other enzymes including alkaline phosphatase, 5′-nucleotidase (“5 prime” nucleotidase), lactate dehydrogenase (LDH), and gamma-glutamyl transpeptidase (GGT) that are often tested for liver disease.

Alkaline phosphatase is another liver enzyme frequently measured. This enzyme is usually found in the walls of the intra- and extra-biliary ducts (tube like structures within the liver that connect liver cells together). Elevation of alkaline phosphatase may indicate an injury to the biliary cells. Common causes of this are gallstones and certain mediations, although, some of the conditions listed previously can also raise the levels of this enzyme.