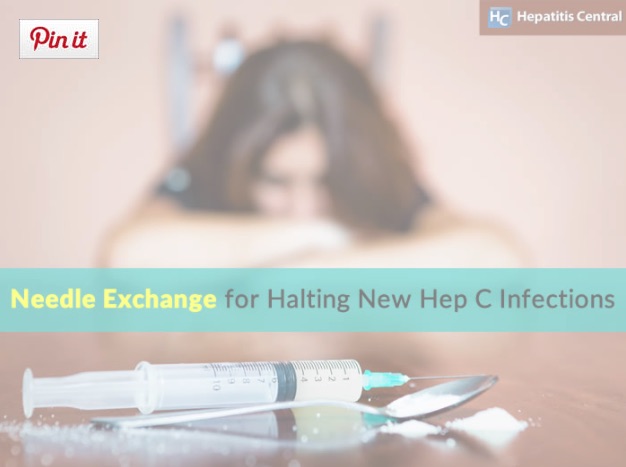 Learn why there is an increasing number of new Hepatitis C infections, and what public health experts suggest to tackle this problem.
 
Harm reduction programs do not condone or stop intravenous drug use, but they are proven routes for preventing infections spread through needle sharing. In light of the growing dilemma of injection drug use, supplying users with clean needles is a logical approach to reduce the occurrence of new Hepatitis C infections.

After years of subpar treatment, Hepatitis C medications finally boast a high success rate. Unfortunately, the cost of treating Hepatitis C exceeds the average American’s annual income and has the potential to exert a catastrophic strain on the economy. The financial ramification of treating this illness is just one reason that public health advocates tout prevention to stop this virus’s spread.

Without a preventative vaccine, experts are targeting the population most likely to acquire a new Hepatitis C infection: injection drug users.

Opioid Epidemic
The rise in injection drug use is due to our nation’s opioid epidemic, a problem born from the unprecedented growth of prescription painkillers:

Drug monitoring programs are now standard practice for opioid prescriptions.
Unscrupulous doctors who prescribe irresponsibly are being arrested.
Pharmaceutical companies are reformulating their pain medications to make them less prone to abuse.
Heroin Crisis
Although the efforts to make it harder to obtain opioid painkillers are well intentioned, it has single-handedly fueled our country’s heroin crisis. Heroin is the ultimate opioid and is cheap, plentiful and works best when injected.

In 2014, more Americans sought treatment for heroin than for any other drug.
In 2015, as total opioid-related deaths grew by 15%, heroin-related deaths increased by 23%.
Recently released data shows that the opioid epidemic is worsening, and fentanyl is largely to blame. Fentanyl is a synthetic opioid painkiller 50 to100 times more powerful than morphine. As patients introduced to fentanyl hit their maximum allowed prescription quantity, the transition to injecting heroin becomes more likely.

Besides the harm that can result from using heroin, sharing of intravenous needles is the most common route for acquiring a new Hepatitis C infection.

Hep C Rates and Costs – Alaskan Example
A recent Alaskan study found that the Hepatitis C rate among young people doubled between 2011 and 2015. The problem is much worse in rural parts of the state, like the remote islands of Southeast Alaska where the rate of new Hepatitis C infections has risen by 490% in that same time period.

The high cost of Hepatitis C drugs complicates the battle. These drugs cost as much as $95,000 for a 12-week treatment. A recently commissioned evaluation puts the problem in a financial perspective. According to a report prepared by the McDowell Group for the Alaska Mental Health Trust Authority, treating all Alaskans who contracted Hepatitis C from injecting drugs in 2015 would cost $90 million dollars. With an estimated 3.5 million Americans currently believed to have Hepatitis C, treating everyone who is infected would cost approximately $331 billion dollars – more than total drug spending in 2013. Hence, it is no wonder that efforts to prevent the transmission and spread of Hepatitis C are on the rise.

Harm Reduction
Gaining popularity at the height of the HIV epidemic, harm reduction is a public health philosophy and intervention that seeks to reduce the harms associated with drug use and ineffective drug policies. A basic tenet of harm reduction is that there has never been, and will never be, a drug-free society. Without the worry of being judged or arrested for illicit drug use, needle exchange programs are an essential component of harm reduction.

Needle exchange allows intravenous drug users to safely dispose of used needles and syringes, and receive new ones. Public health advocates believe that these exchanges are extremely cost effective in the long-term — especially when it comes to preventing people from getting Hepatitis C in the first place or spreading it to others.

The new medications to treat Hepatitis C are a godsend, but they are just one component of conquering this virus. Preventing Hepatitis C’s spread is just as valuable, if not the most important aspect of its eradication. Until a preventative vaccine for Hepatitis C is available, needle exchange programs for intravenous drug users reduces the sharing of needles – thus reducing the number of newly acquired Hepatitis C infections.

Posted in Hepatitis and tagged hepatitis, needles
← Hepatitis and Cirrhosis: Similarities and Differences5 Rules of The Anti-Inflammatory Diet →